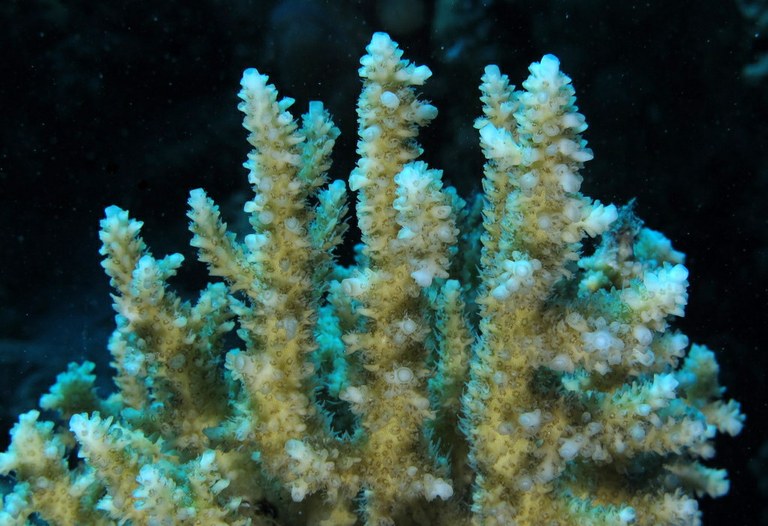 
The discovery was made on a recent survey conducted by a remotely operated vehicle operated by a group led by Pim Bongaerts of the University of Queensland. His group called the discovery “mind-blowing” given how deep this normally light-loving coral was found as the deepest this group found this coral was 200 feet. The expedition was funded by the Catlin Group, which we’ve featured here before with their work with Google to map select reefs around the world.

“The discovery shows that there are coral communities on the Great Barrier Reef existing at considerably greater depths than we could have ever imagined,” Bongaerts stated to the press. “These discoveries show just how little we really know about the reef and how much more is yet to be discovered,” Bongaerts said. “This poses lots of questions for us, but now we have specimens, we’ll be able to analyze them much more closely and can expect our findings to reveal a far greater understanding of just what is going on to enable reef corals to survive at such extreme depths.”

The discovery was made on Ribbon Reefs, which are located off the northern Great Barrier Reef, and the team was fortunate enough to bring back one specimen for study.