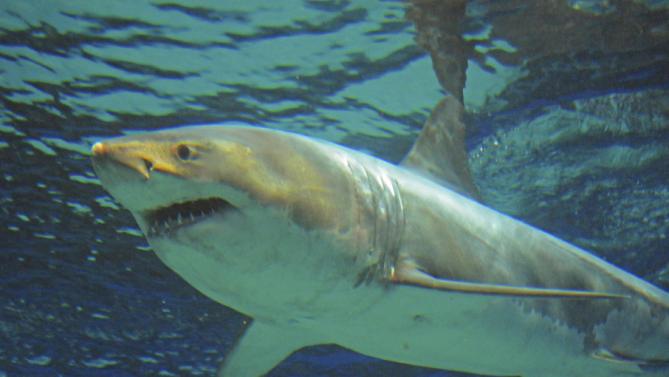 Great White Sharks inspire a mix of awe, fear, intrigue and excitement in most people. Movies like Jaws have helped create the media driven fear, while activities like cage diving, in my personal experience, lead to intrigue and respect for these amazing predators. The Okinawa Churaumi Aquarium in Japan just received an 11.5 feet Great White Shark this week, in what it believed to be the first adult Great White Shark to be exhibited (in 2004 the Monterey Bay Aquarium displayed a sub adult for 198 days before being released back into the wild)The shark was caught accidentally in fishing nets and brought to the aquarium. However, on Friday, after being in the aquarium for just three days, the Great White died. The shark had refused to eat since being brought to the aquarium. When it was noticeable that the shark was weakening, and had stopped swimming, the aquarium moved the shark into a separate tank and it was taken off exhibition. The shark was given oxygen in the special tank, but the efforts proved futile, as the shark passed away shortly thereafter. Great White Sharks are notoriously difficult to maintain in captivity and critics and proponents of keeping this species in aquariums abound.  MORE