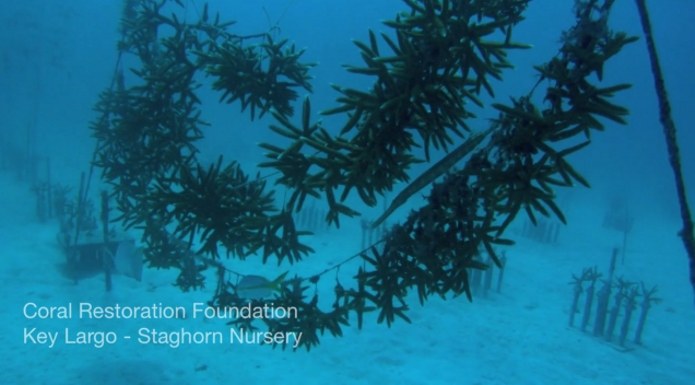 
Earlier today we covered the news that the Center for Biological Diversity settled with the NOAA about listing 82 species of coral on the Endangered Species List. In that post we mentioned that there were currently only two corals listed in U.S. waters, those being the elkhorn and staghorn corals (both listed as “threatened”).

One of the most innovative, practical, and functional coral nurseries on the planet can be found just a few miles off the shores of Key Largo. The nursery consists of thousands of neatly organized colonies of the critically important staghorn coral (Acropora cervicornis) grown by the Coral Restoration Foundation (CRF) for the purpose of transplantation back to the reef. Staghorn corals have been decimated by disease and extreme weather here in Florida over the past 30 years, resulting in a seriously degraded reef ecosystem. Fortunately the CRF has developed methods that maximize the growth potential of these corals in their nursery, demonstrating that coral aquaculture is a realistic and effective way to restore beleaguered wild populations.