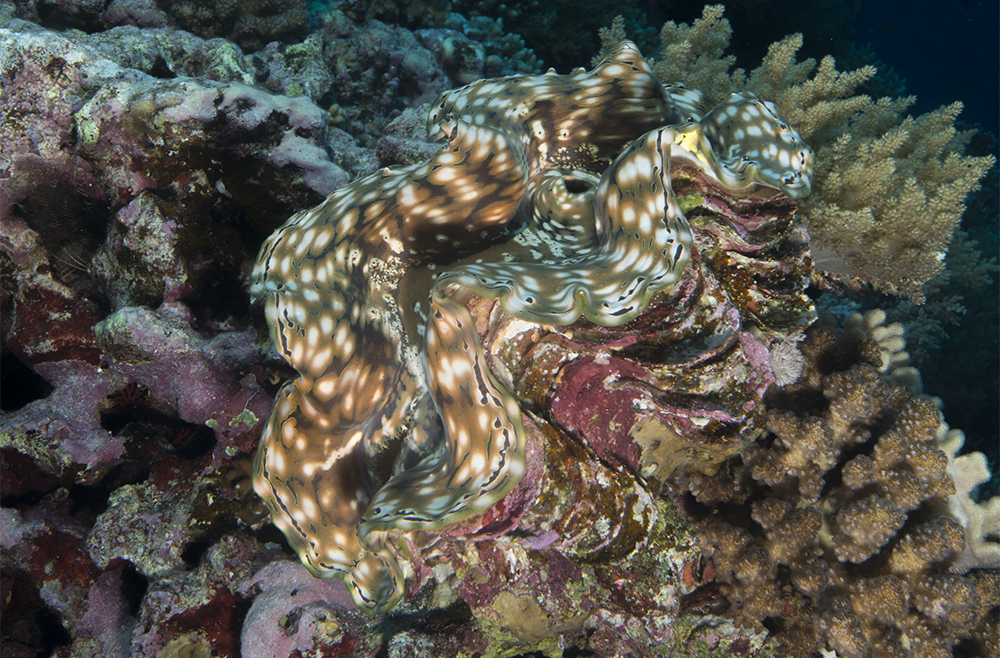 Chinese actions in the South China sea have been less than environmentally conscious, as large areas of reef have been destroyed for construction projects – last year, National Geographic reported that over 3,200 acres of new land have been created in an “island-building spree.” But there is one glimmer of hope: following the recent ‘good news’ story of Air China’s decision to no longer allow shark fin cargo, lawmakers in the country want to help protect reefs by ending the trade in clam carvings and handicrafts.
Clam poaching has been identified as one of the main causes of reef damage in the South China Sea, from destructive fishing practices to damage from anchors. Most of the clams were ‘worked’, or made into jewelry and carvings, in the province of Hainan. The meat is also considered a delicacy.

Hainan banned the trade on the first of January. According to one news service:

“There were about 900 craft shops selling giant clam products and about 150 processing workshops in Tanmen, said Cao Yeke, director of the giant clam association of Hainan province, adding that sales of the products hit 3 billion yuan ($430 million) last year.

About 20,000 local people worked in the industry, not including 10,000 migrant workers. Cao said he has lost about 20 million yuan. Businesspeople were only given 20 days to clear their inventory, Cao said.”

I’m pleased to see China repositioning itself as a protector, rather than a consumer, of vulnerable wildlife products.