Halo is a New LED Pendant On Its Way From AquaticLife 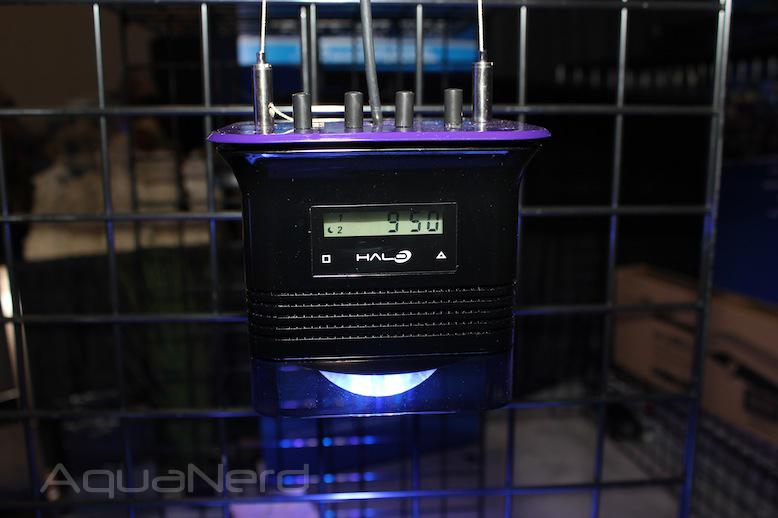 AquaticLife had a great showing at MACNA this year, and we managed to get some serious one on one time with a brand new, yet to be released product called the Halo. This LED pendant is still in the prototype phase, but it’s already fully functional and shows great promise. The fixture sports a single multi-chip LED that is loaded with three different controllable color channels. These are broken down into your typical blue, UV, and white emitters. Each channel is manually controllable via dials on the top of the pendant, and users can set up custom lighting schedules with the on-board timer. All in all, the Halo consumes somewhere around 90 watts total, with the LEDs chewing up about 75. While there is no release date or price that has been settled upon, we were told that AquaticLife is toying around with the idea of offering two different models MORE: Halo is a New LED Pendant On Its Way From AquaticLife