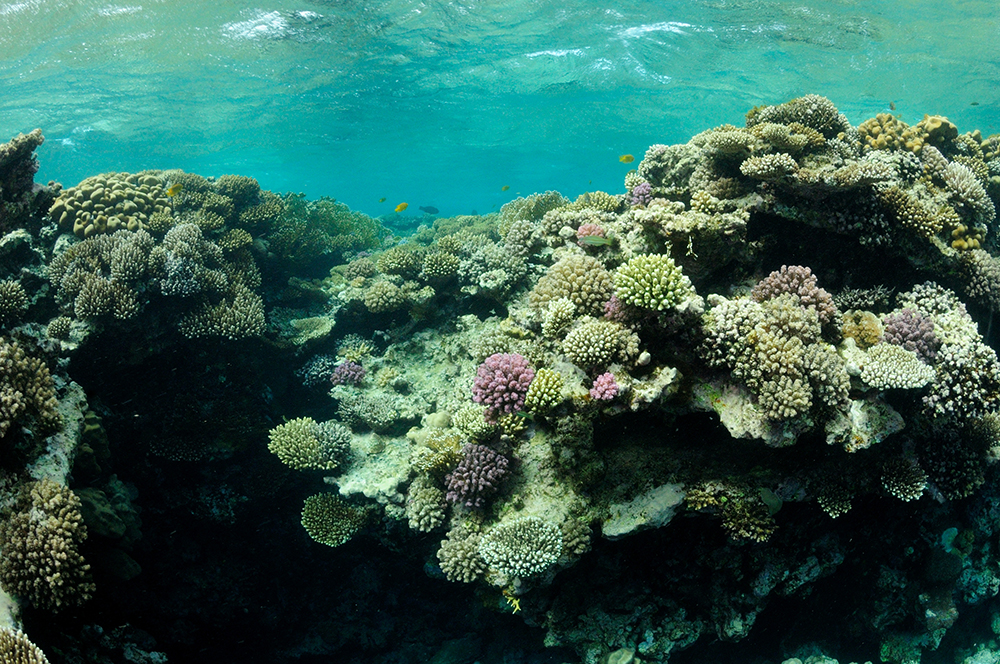 I think we all know that the oceans are warming, we might argue about the cause, though I think I’ll side with the vast majority of scientists who show that the rapid warming of recent years is due to greenhouse gas emissions from human activity, despite what some vocal deniers may say.  Anyhow, I digress…  In a warming world, resilient corals may well offer hope for stressed reefs.  Researchers have just discovered Stylophora from the Red Sea that are resistant to bleaching.

I’ve spent a lot of time in the Red Sea and have always been amazed at the reefs and their survival in an area with relatively minor currents and higher than normal salinity, as well as year-round sunshine.

In a paper published online by the Royal Society Open Science, a team of researchers found Stylophora pistillata specimens that:

“showed no signs of bleaching despite spending 1.5 months at 1–2°C above their long-term summer maximum (amounting to 11 degree heating weeks) and a seawater pH of 7.8. Instead, their symbiotic dinoflagellates exhibited improved photochemistry, higher pigmentation and a doubling in net oxygen production, leading to a 51% increase in primary productivity.”

The team suggest that this ability is an evolutionary response developed by the corals to aid them in recolonization of damaged areas and survival in less than perfect conditions.  A paragraph from the paper’s discussion sums it up:

“Our experiment showed that Stylophora pistillata from the Gulf of Aqaba is resistant to summer conditions to be expected for the second half of the century. The positive effect of elevated temperature on key physiological parameters suggests that these corals are currently living at suboptimal temperatures in the Northern Red Sea in comparison to specimens in the Central and Southern Red Sea, where the annual and summer mean SST (Sea Surface Temperature) are much higher. Thus, under continuous warming, it is likely that S. pistillata in the Gul of Aqaba will actually continue to show improved performance until its thermal threshold is approached. Our findings strongly underpin previous suggestions on the temperature resistance of corals in the Gulf of Aqaba as a result of their evolutionary history. Colonized by corals that have undergone such evolutionary selection for high thermal tolerance in the warm waters of the Central and Southern Red Sea, the highly diverse coral reef in the Gulf of Aqaba represents a unique source: these corals live in the Northern Red Sea at suboptimal temperatures, much below their thermal threshold, and might provide a genetic reservoir in the future, capable of restocking decimated coral reefs in other parts of the Red Sea.”

In a warming and more acidic environment, it may be the tough, rapidly growing colonizers that survive.

You can read the full article for free, at the following: