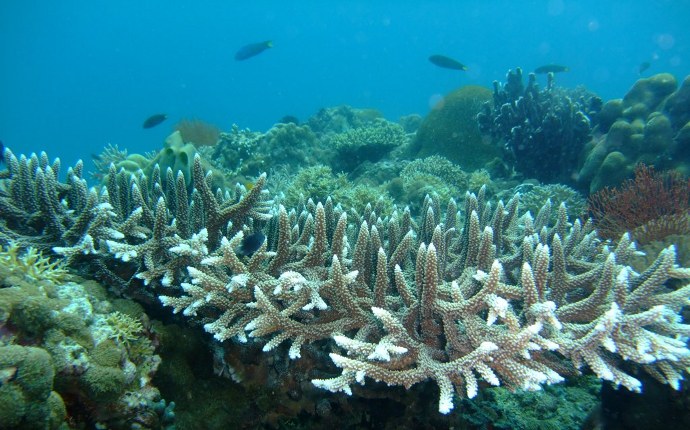 Staghorn coral with evidence of bleaching. Photo by SarahDepper / Flickr.


Last month we reported on a scientific survey that showed evidence that corals that had been previously stressed by past bleaching events were more likely to survive future bleaching events.  This month another paper has been published lending additional evidence that this might be the case.

According to their paper:

The spatial pattern in skeletal growth rates and partial mortality scars found in massive Porites sp. across the central and northern islands suggests that corals subject to larger year-to-year fluctuations in maximum ocean temperature were more resistant to a 2004 warm-water event. In addition, a subsequent 2009 warm event had a disproportionately larger impact on those corals from the island with lower historical heat stress, as indicated by lower concentrations of triacylglycerol, a lipid utilized for energy, as well as thinner tissue in those corals.

As reported by The University of British Columbia: “Even through the warming of our oceans is already occurring, these findings give hope that coral that has previously withstood anomalously warm water events may do so again,” says Carilli. “While more research is needed, this appears to be good news for the future of coral reefs in a warming climate.”

(via The University of British Columbia)