“Hey! Get ‘Yer Clown Off My Lion!” – One of the Strangest Symbiotic Relationships I’ve seen 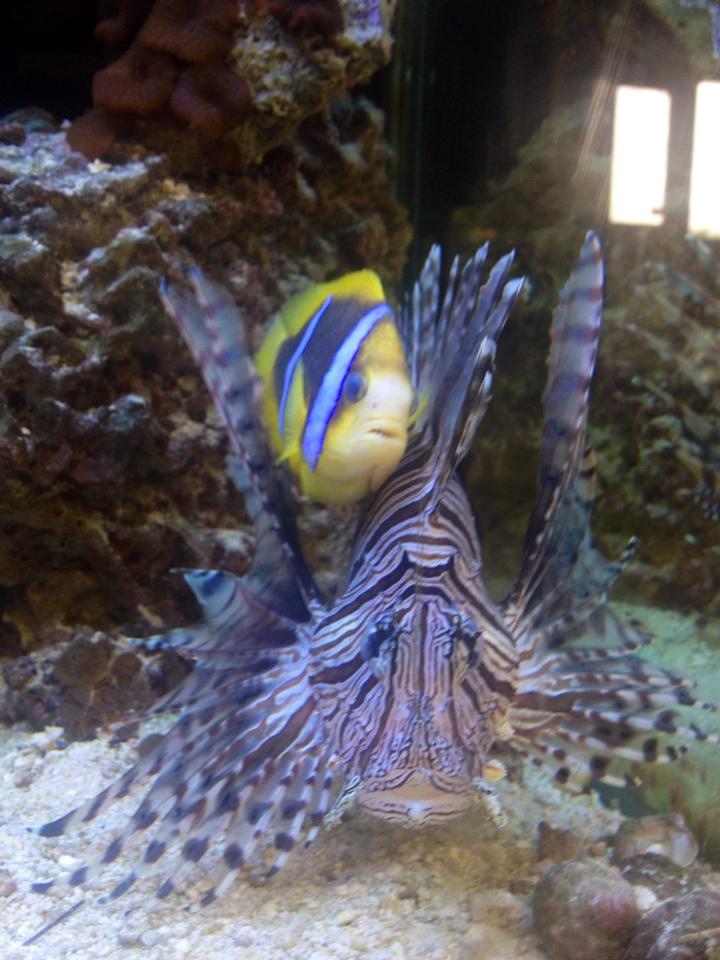 There’s some strange behavior going on in the water out in Omaha, Nebraska. Today’s fascinating post is brought to us courtesy of Jim Gryczanowki, owner of the beautiful Nebraska Aquatic Supply. We’ve all seen stories of unlikely animal pairs in the past, but this one is quite unusual.  When Jim introduced the finicky Blue Stripe Chrystopterus into his 150 gallon display tank in the store, he hoped there wouldn’t be too much trouble with the Volitan Lionfish, which had been a resident for the past 5 months. Much to his surprise (and our own), after 2 months the Clown and Lion started displaying some unlikely and startling behavior – the clown started hosting between the pectoral fins and dorsal spines of the deadly scorpionfish. No word yet on whether the clown has been supplying food to his generous host, but let’s hope they develop a close bond, and Mr. Lion won’t be inclined to snack on his guest once his mouth is big enough. In case you think these photos are just a fluke, I’ve included footage of the adorable duo for you to enjoy and marvel at! 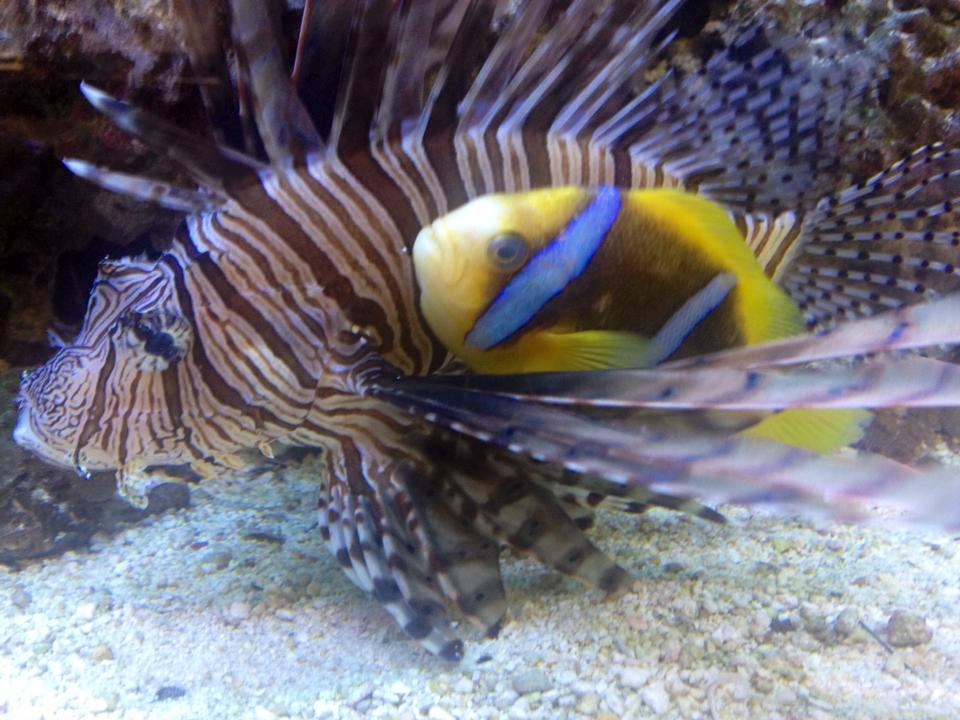 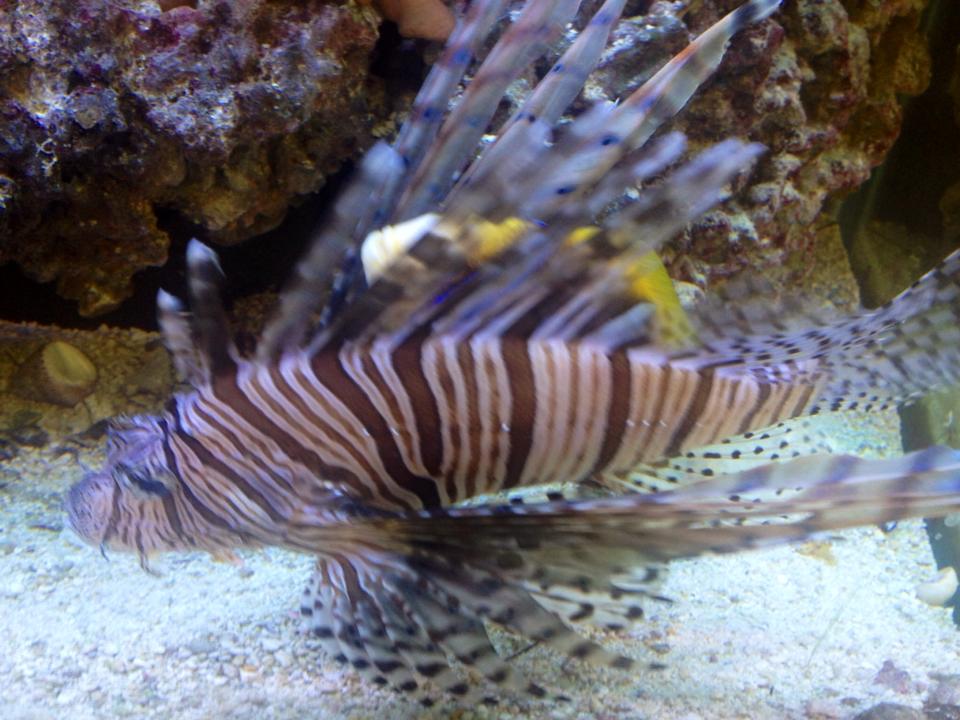