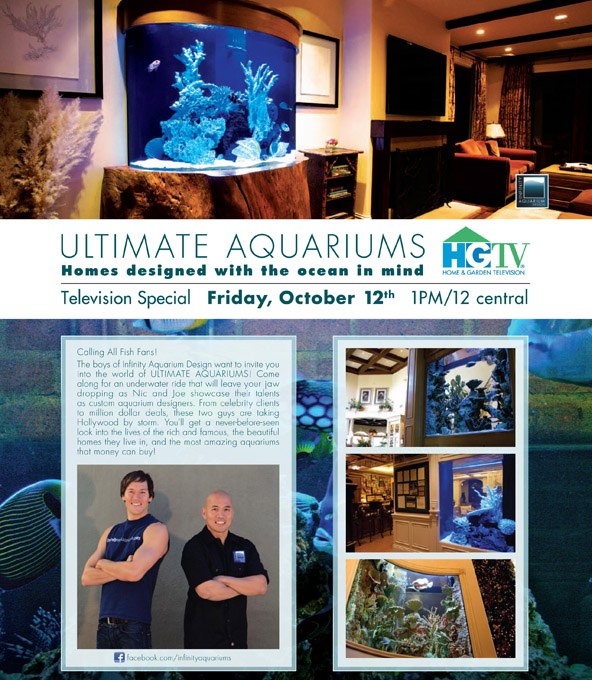 Ultimate Aquariums features over the top, uber-expensive, one-of-a kind aquariums for celebrities and the wealthy. From concept to design and install, we’ll get a first-hand look into how these amazing custom aquariums are created with dramatic reveals. With a 1,000 pound column tank, a search for rare fish for Blink 182 drummer Travis Barker’s unbelievable aquarium—each aquarium creation is awe-inspiring.

This is the third cable television program about aquariums to hit the air waves in recent years (the others being Animal Planet’s “Tanked” and Nat Geo WILD’s “Fish Tank Kings”).  Note: “Ultimate Aquariums” is an one-time special programming, not a new series.

In 2007, HGTV reached out to the aquarium community in search of “ultimate aquariums” to showcase in an upcoming episode of their series “Man Land.”  We don’t not believe such an episode ever aired.

We thank our sponsor Marine Depot for providing us the heads-up for this news.