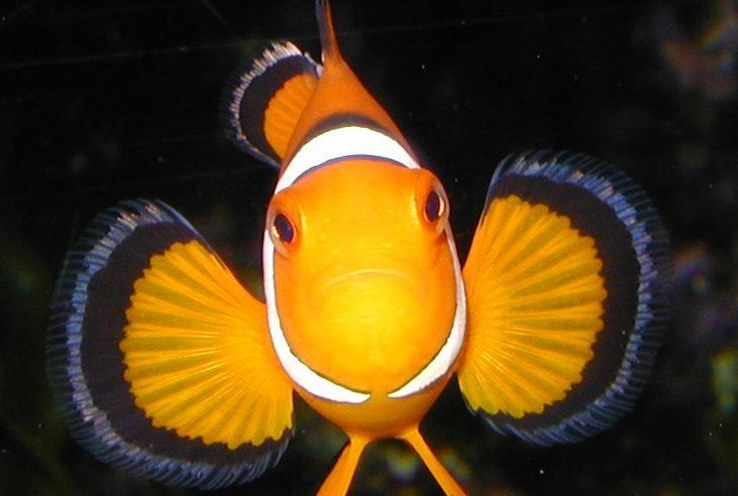 
Work performed by Philip Munday and other researchers at the James Cook University in Townsville, Queensland, Australia has shown that high carbon dioxide levels severely affect fish, making them bolder and attracted to scents that they would avoid in nature. Chemical cues such as predators and non-favorable living habitats that they would normally be repelled by or flee from suddenly became attractive in higher carbon dioxide concentrations.

Göran E. Nilsson in collaboration with Munday have finally found out why this observation occurrs. Elevated carbon dioxide levels interfere with a major neurotransmitter receptor called GABAA, which functions as an ion-channel in the central nervous system letting chloride ions in and out. Under normal carbon dioxide levels this inhibitory neurotransmitter receptor functions as it should. With elevated levels, however, the GABAA receptor functions exactly the opposite of what it should causing the fish to behave erratically and maker poor decisions which in turn could significantly increase their mortality rates.

The experimenters worked with two different species of fish:

In the second experiment on the yellowtail damselfish (again holding temperature, alkalinity, and salinity the same with carbon dioxide levels of 440 μatm and 880 μatm) fish were subjected to experiments where they had to turn either left or right in certain situations. Fish subjected to the high carbon dioxide levels had a much harder time turning left or right when certain situations arose which lead the researchers to wonder what this might mean for shoaling behavior as ocean acidification continues to rise.

The researchers conclude that:

Given the ubiquity and conserved function of GABAA receptors, we predict that rising CO2 levels could cause sensory and behavioural impairment in a wide range of marine species, especially those that tightly control their acid–base balance through regulatory changes in HCO3− and Cl− levels.