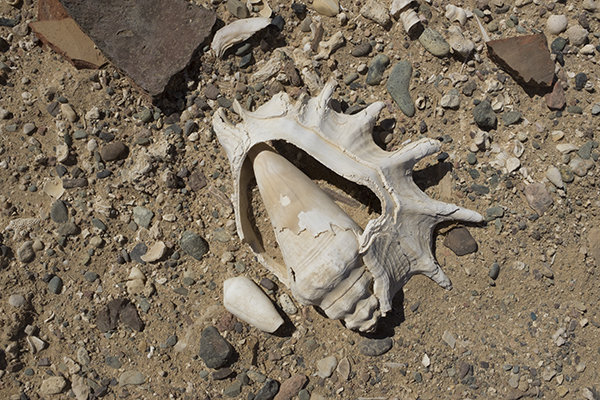 Ever wondered what a 2000 year old reef looks like, minus sea water?  Well neither had I, but I actually found exploring one quite fascinating. 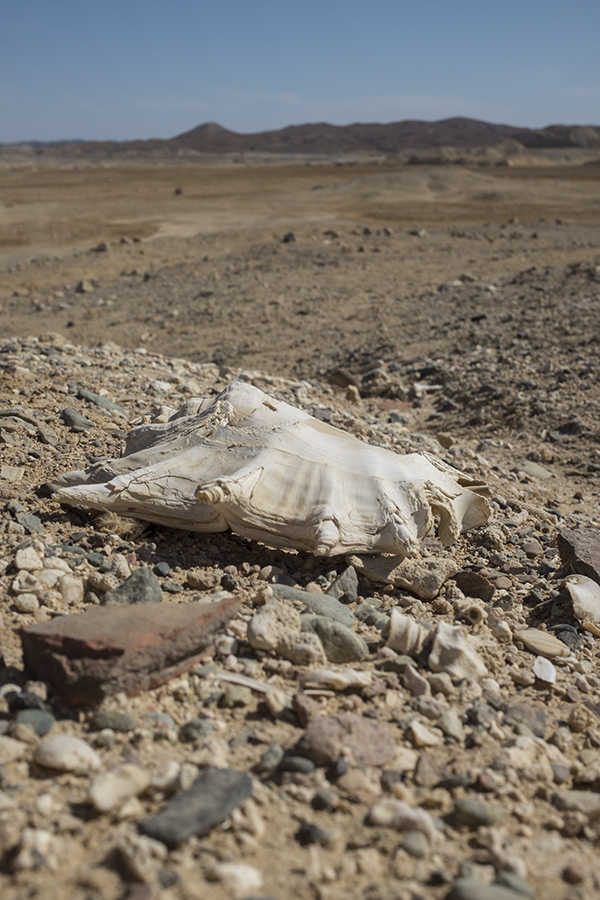 I was exploring an ancient harbor known as Myos Hormos, that in Roman times connected the trade routes from the east, through Arabia, across the Red Sea, and then onto the Nile and the Roman Empire.  The site is littered with bits of old pottery and ruins of buildings, but what fascinated me was how the geological upheavals of the last 2000 years has left what were once-thriving reefs several meters above present sea level.

Sea levels (or ground levels) have fluctuated wildly in this region in response to tectonic shifts as the East African and Arabian plates pull themselves apart, and on a more recent scale, in response to glaciations.  Historians have suggested sea level changes and inundations may have given rise to events depicted in holy books.  Biologists certainly agree that the region’s geography has created many endemic species in the Red Sea.

I’m no expert, but it’s fascinating to see an area that was once sea and is now high and dry, and to be able to wander at will, close to the top of what was once the leading edge of the crest on a prehistoric fringing reef. 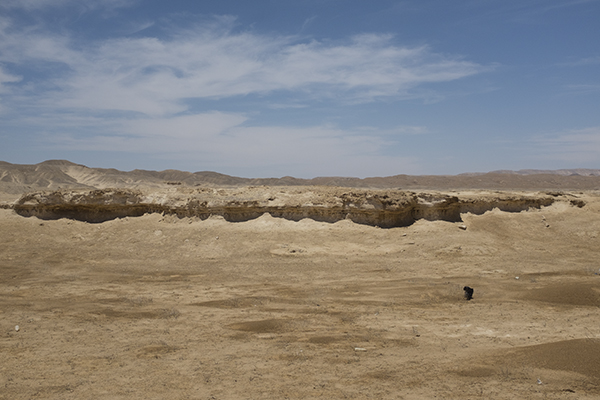 A reef crest in the desert, half a kilometer from the present coast line.

Exploring more closely reveals a wealth of fossil corals, shells, and lots of bits of pottery left over from archaeological digs. 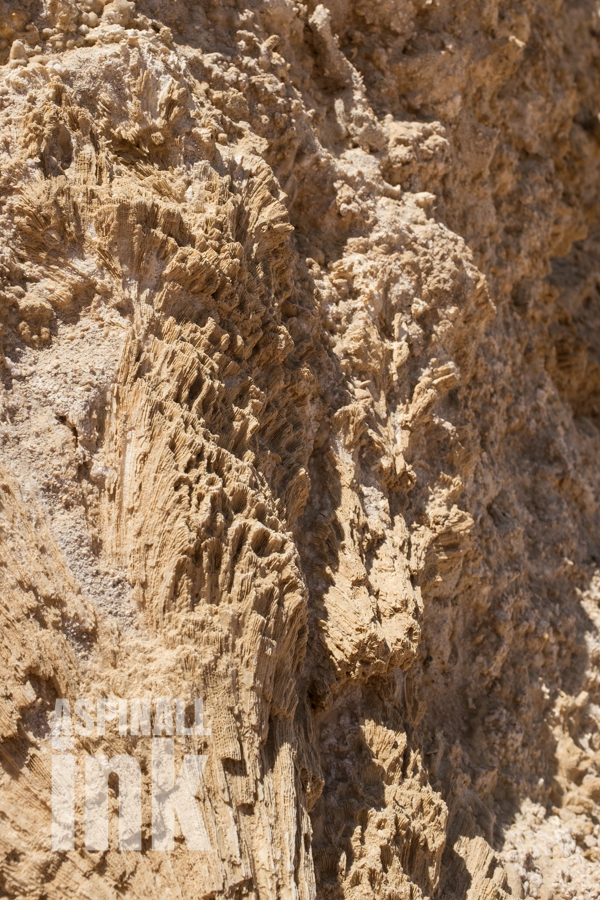 Anyone recognize the coral type?

Moving a little closer to the coast revels another tier of coral, one that is being undercut by the present sea level. 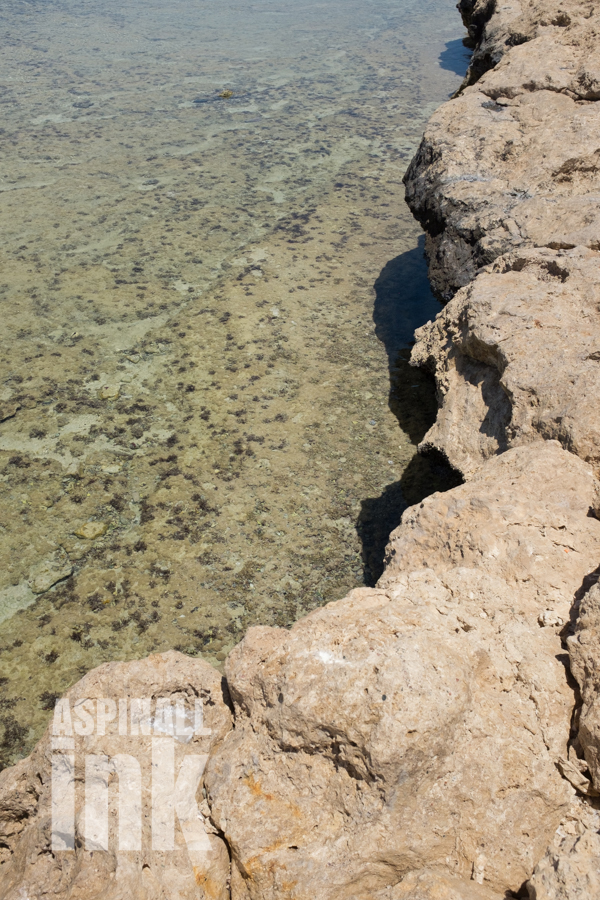 In the same area you can also find ‘fossil’ beaches, composed of shells, corals, local stones, and presumably the remains of the previous reefs. 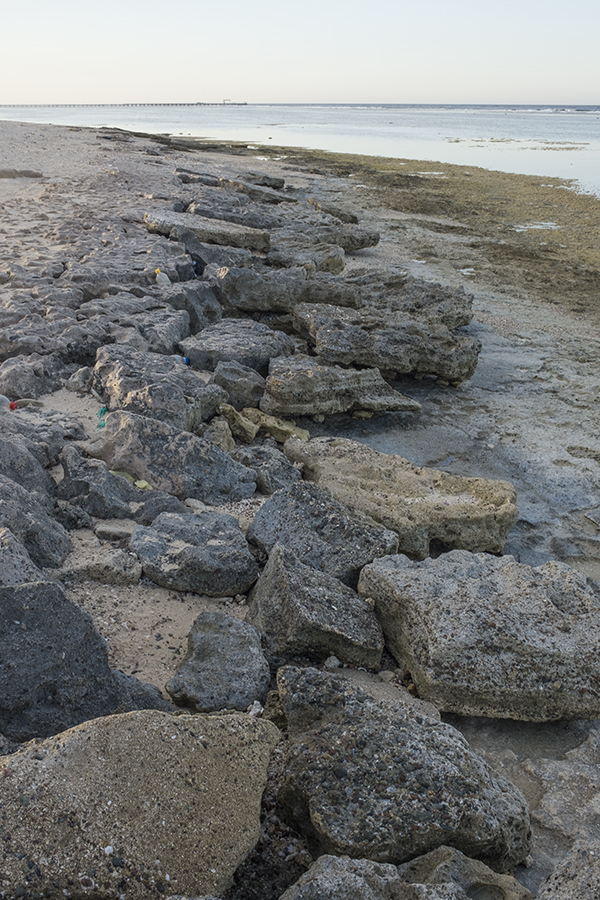 A ‘fossil’ beach, now rapidly eroding and contributing material to the complicated ecology of the shore. 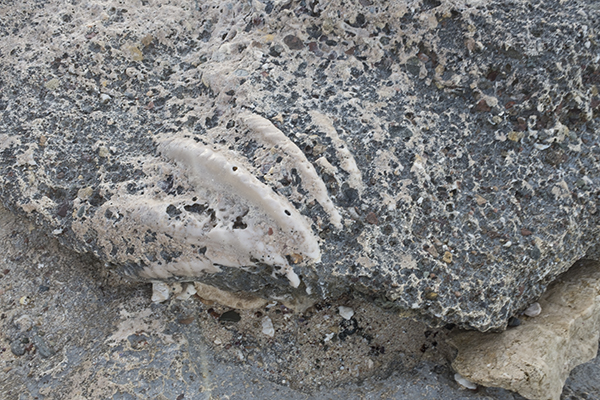 Shell detail in the ‘fossil’ beach.