Transporting live fish over long distances is challenging at the best of times. But, can you imagine what it was like to transport live fish across the country over 140 years ago?

Beginning in 1874, just 5 years after the first transcontinental rail linkup, an innovative system was developed to carry massive quantities of fish fry across the country by rail on “Fish Cars” to stock lakes and rivers for sport and commercial fishing. Facilities like the Neosho National Fish Hatchery in Missouri transported fish on passenger railroad cars. The fish were kept alive in 10 gallon milk cans that were cooled by ice. Since this was years before the advent of electric aquarium air pumps and filtration, fellow passengers were hired to help aerate the water by hand and when possible partial water changes were done every two hours. 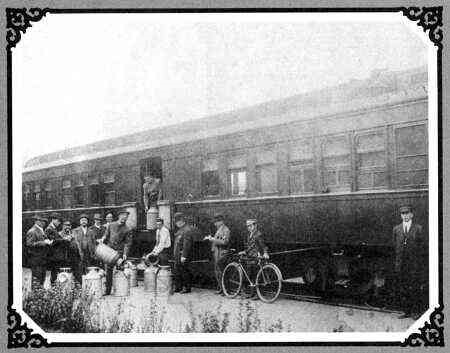 Thousands of Shad Fry being loaded onto a Fish Car in the late 1800’s. (Catskill Archive) 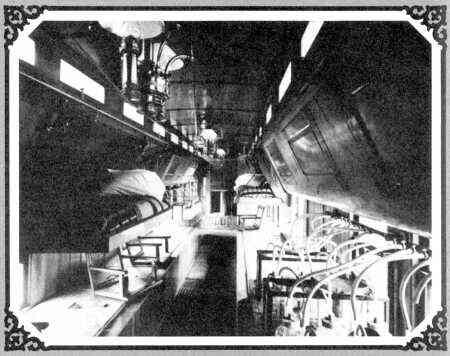 Seeding lakes and rivers with game fish proved so successful that in 1881, a baggage car was converted and specifically equipped for carrying fish. In 1882, the U.S. Fish Commission (a forerunner of the U.S. Fish and Wildlife Service) invested in an improved version which was fitted with compartments to hold ice and a new aerating device was used. The aerating device was a cylinder with tiny holes in the bottom. It was filled with water and held over the milk cans, releasing a fine spray of air enriched water. The car was reinforced so it could carry as much as 20,000 pounds of fish, water, and equipment. 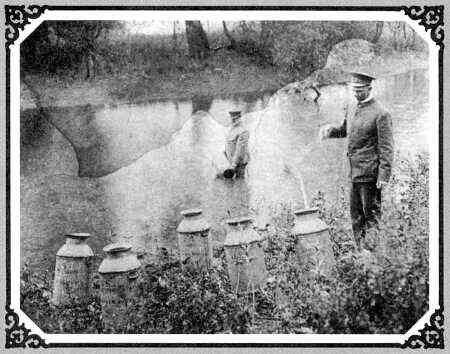 By 1894, the Fish Commission had 4 dedicated Fish Cars. Each car, which could carry about 150 10-gallon cans containing up to 15,000 3-inch fish. The five-man crew included a fish car captain, several aquarists and a cook. 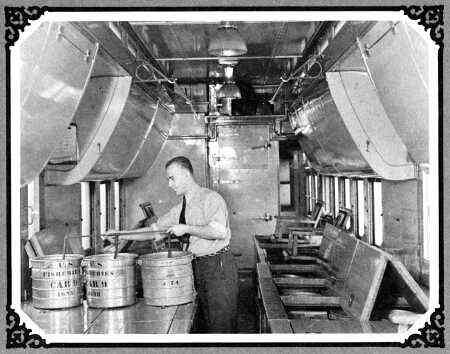 Inside of the more modern Fish Cars built in the 1920’s. (Catskill Archive)

The 10th and final Fish Car to be built was in 1929. It was 81 feet long and could hold 325 cans containing 34,000 3-inch fish or 500,000 1-inch fish. The car even had its own generator to operate all the equipment, including the electric aerating devices.In 1947 the last rail Fish Car left service. However, today a fleet of tanker trucks with onboard filtration systems transports more than 200 million fish a year from Fish and Wildlife Service National Fish Hatcheries to stock many of the nation’s rivers, lakes, and coastal waters.

One of the pioneers of the Fish Car era and leaders in fish rearing is the Neosho National Fish Hatchery in Neosho, MO. It was established in 1888 and is the America’s oldest operating federal fish hatchery. Railroad tracks at the facility allowed the Fish Cars to pull right up to the hatchery to load millions of fish annually. Today, the facility raises everything from the endangered Pallid Sturgeon to Rainbow Trout.To highlight the amazing history and current work the Neosho Fish Hatchery does, the facility recently built an amazing Visitors Center that features an impressive 2500 gallon freshwater aquarium. The impressive aquarium is a stark contrast to the 10 gallon milk cans used to hold fish 140 years ago.  The aquarium exhibits were design and built by Tenji, a California based Custom Aquarium Company. The 2500 gallon tank was built using Fiberglass Reinforced Plastic (FRP) and is fitted with large acrylic windows and a cool acrylic dome for visitors to get a fish-eye view of the exhibit.  The tank is so big that it had to be built in two parts and then assembled in its final location as the doors into the building were too small. 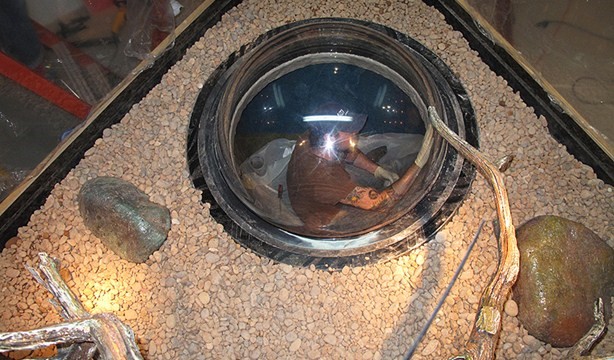 A Tenji technician installs the acrylic viewing bubble in the 2500 gallon aquarium. (Tenji.com) 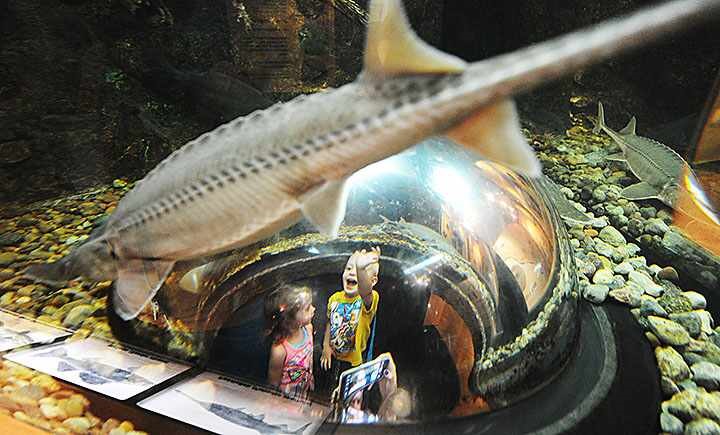 Children get a fish-eye view of an endangered Pallid Sturgeon through the acrylic bubble Tenji created for the aquarium. (Joplin Globe) 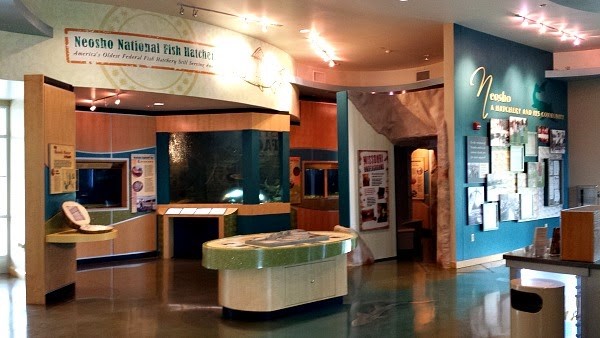 Tenji also built three focus tanks (600, 120 and 100 gallons) to display fish fry that are produced at the hatchery including the endangered Ozark Cavefish and Pallid Sturgeon. 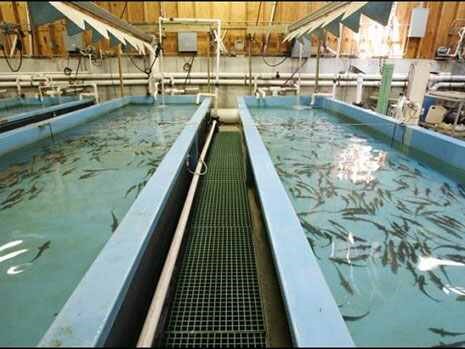 The hatchery is Leadership in Energy and Environmental Design (LEED) Gold-rated. So, Tenji had to take significant steps to ensure compliance with the LEED Gold designation. The team incorporated the building’s geothermal system to the chiller and installed energy efficient pumps and UV units throughout the aquarium system. The water is kept crystal clear via a series of High-Pressure Sand Filters. 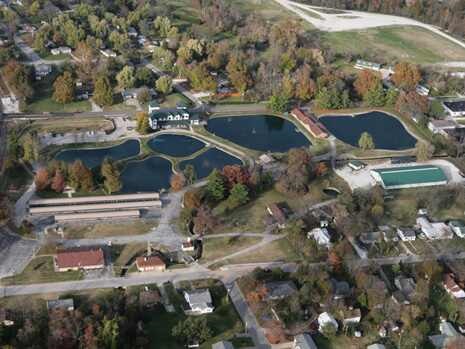 If you are ever in Neosho, MO the Neosho National Fish Hatchery Visitors Center is definitely worth a stop. The Visitors Center open Monday through Friday, 8:00-4:30, Saturday and Sunday 10:00-4:00. Additional information and images of the Fish Car http://www.catskillarchive.com/rrextra/FISHCAR.Html