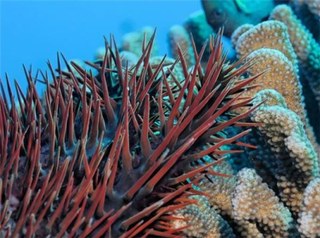 
Scientists discovered that an injection of 25ml of vinegar at the base of any arm resulted in “functional” mortality within 24 hours and 100% mortality after 48 hours. The authors of the study suggest that their finding provides an effective alternative to controlling the overpopulation of these starfish.  Other non-toxic chemicals such as sodium bisulphate and Thiosulfate-citrate-bile-sucrose are already known to effectively kill COTS.  The main advantage of vinegar is that it is highly accessible and affordable.  Still, the common problem with chemical controls is that they require labor-intensive manual injections (unless these robots have anything to say about it).