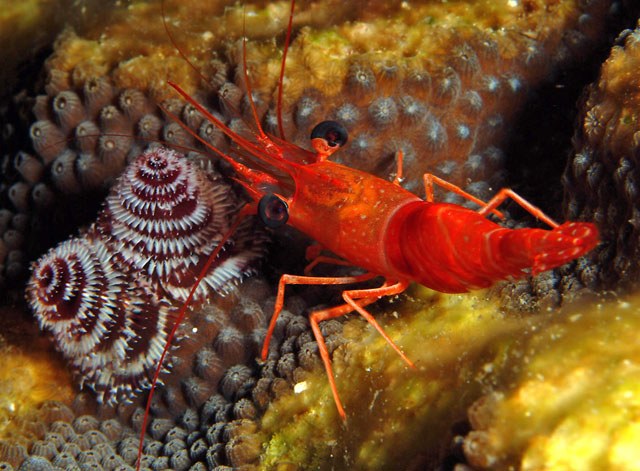 
Dinoflagellates, aka Brown Slime “Algae” (they’re really protists): the nasty, bubbly, brown snot … and the bane of many aquarists.

A year ago, my neighborhood transformer blew, leaving several blocks of homes – including mine – without power for the greater part of a day.  At the time, I didn’t have any form of backup power other than the two battery-powered air pumps I relied on to keep my corals and fish alive.  The air pumps served this purpose well, but they couldn’t generate enough flow and oxygenation to keep my sandbed healthy.  Soon after, nutrient levels climbed alarmingly fast from the die-off in my substrate, and the first dinoflagellates began cropping up.  Thus began my year-long struggle with the brown menace.

Lesson #1: Install an automatic backup power system for your aquarium. Reefs are no small investments.  They’re also exceedingly delicate, so backup power systems are critical.  I am confident if I had power for proper circulation during the power outage, I would not be writing about how I beat dinoflagellates.

The Brown Slime Algae quickly grew to plague proportions.  Literally EVERY inch of rock and my entire back glass was covered in thick, gooey slime. My snails were the first to die en masse.  Dinoflagellates release toxins, of which snails are particularly susceptible to.

Lesson #2: If you have a bad case of dinoflagellates, remove your snails. As snails die off, they release incredible amounts of nutrients, fueling more dinoflagellate growth.

Lesson #2a: Deal with dinoflagellates as soon as they appear. Dinoflagellates kill.  And as they kill, they “feed” on what they kill.  It’s a vicious, self-fueling cycle that progressively worsens if you don’t deal with it.

For the next year, I would blast my rock with powerheads to dislodge the Brown Slime Algae (catching them with nets and/or filter socks), only for them to return a few days later.  I tried raising pH (8.4+) with kalkwasser.  I increased my magnesium levels above 1500mg/l.  I performed huge water changes.  I tried going months without water changes in hopes of starving the dinoflagellates.  I reduced my lighting schedule, going so far as to run only actinics (no halides) for 6 hours per day for 2 weeks straight.   I ran GAC.  I ran ferric oxide.  None of this worked.  I was at wit’s end.  So in early 2011, I planned a last ditch, multi-prong attack before giving up on my tank.

Here is how I finally beat dinoflagellates:

In light of this month’s Bacterial Counts article by Dr. Feldman, I also plan on dosing vodka.

Lesson #3: You can’t beat dinoflagellates half-heartedly. Reducing lights did not work.  Only total black-out for 3 full days did the trick.  Individual steps did not suffice by themselves; There is simply no one magic bullet.  You can’t try one solution, and if it fails, move on the next one.   What you need to do is plan an aggressive, multi-prong attack, performed simultaneously or consecutively to keep the dinoflagellates weakened and unable to mount a comeback.

It looks like I won’t have to tear down my reef after all!  It’s incredible how big of a difference  you can see in my fish and corals’ vitality now that the brown stuff has been eradicated.  I hope my experience can help some aquarists beat dinoflagellates as well.