How To Identify The Caledonian Anemonefish 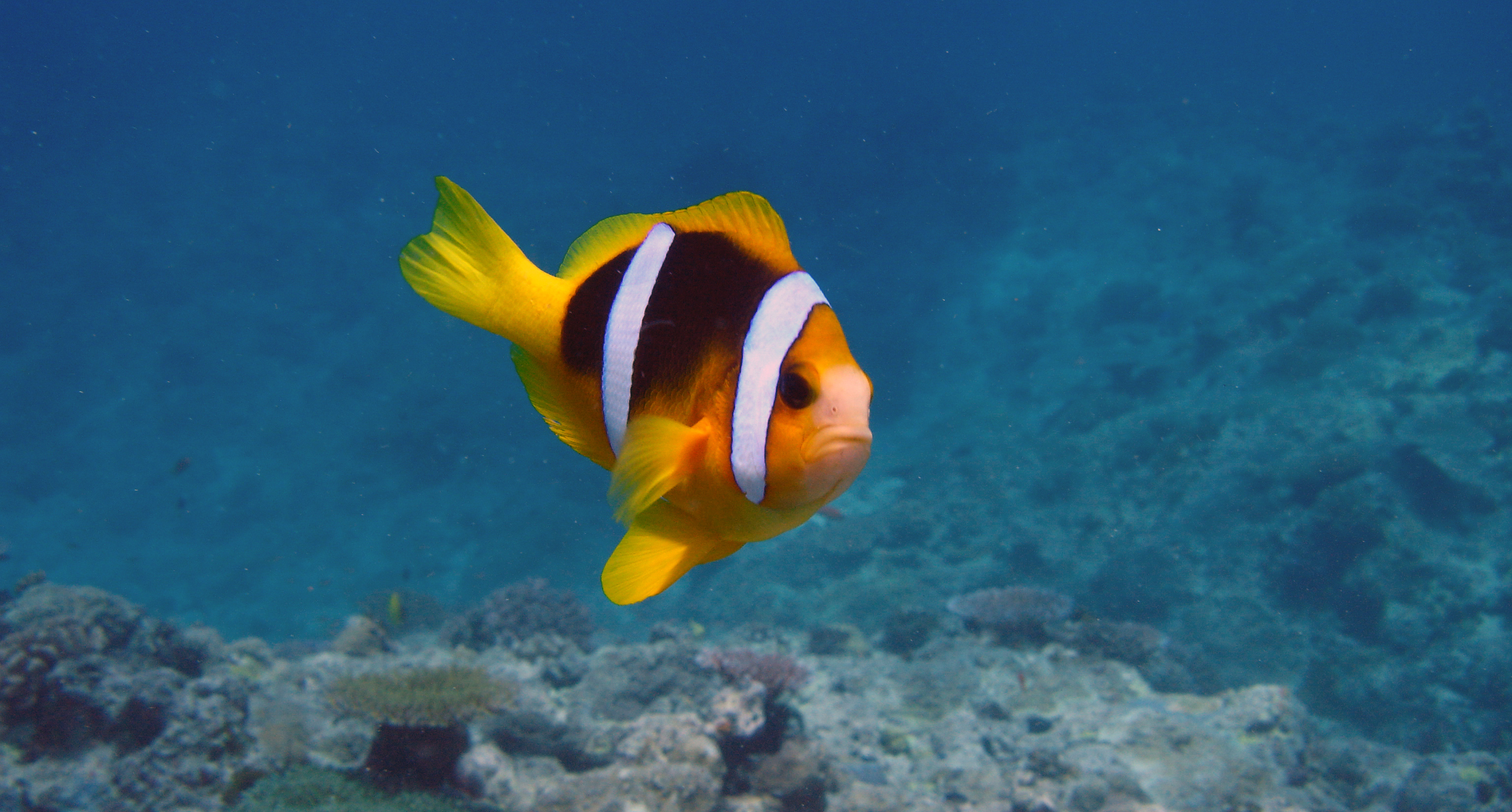 Caledonian Anemonefish (A. cf clarkii) from Vanuatu. Note that this specimen in non-melanistic. Credit: Roland Bircher

The Amphiprion clarkii complex is overflowing with unrecognized species-level biodiversity, and one of the more attractive examples can be found in the Southwest Pacific, primarily around the islands of New Caledonia and Vanuatu. Unfortunately, these fishes have been mired in confusion for decades now, and, unless you’ve already gone deep down the Amphiprion rabbithole, it probably won’t be apparent at first glance why this particular population is considered distinct from all the others in the Indo-Pacific. So let’s take a quick look at what makes it so special.

One of the main sources of confusion when dealing with this group of anemonefishes is their tendency to turn black (=melanistic) when hosting in certain hosts (e.g. Stichodactyla, Cryptodendrum). Reliable identification more often than not requires a non-melanistic specimen, but this isn’t universally true. For a select few, it is actually the melanistic form which is most diagnostic, and this is what we find with the Caledonian Anemonefish.

In its non-melanistic form, this fish is seemingly identical to the population found in Papua New Guinea and the Solomon Islands. These each have a bright yellow caudal fin present in both sexes (usually fully overlapping the white stripe of the caudal peduncle), and this allows us to instantly recognize these two as distinct from their relatives in the remainder of the Pacific Ocean, which invariably have a much paler coloration to the tail in the mature females. In fact, it’s only when we cross over to the Indian Ocean that we again find an A. clarkii variation with a similarly yellow caudal fin.

In addition to this, both of these Melanesian populations have an easily recognized trait in their melanistic form—the soft portion of the dorsal fin is always yellow (versus black in most members of this complex). Perhaps for this reason, these fishes have often been mistaken for the Sebae Anemonefish (A. sebae), which likewise possesses a yellow caudal fin and lightly colored dorsal. But closer inspection reveals them to differ in a variety of ways, and they actually belong to completely different lineages within the genus.

When comparing the DNA barcode (CO1) of these populations, we find that our Caledonian fish differs significantly from those in Vietnam and the Philippines (3.9%) and the true A. clarkii of the Indian Ocean (3.7%). Combined with the morphological and biogeographical data, the case for this being an undescribed species seems fairly obvious. Thus far, records exist from throughout New Caledonia, the Loyalty Islands, Vanuatu, and, presumably, up into the Santa Cruz Islands. Now all that’s needed is a proper scientific name… 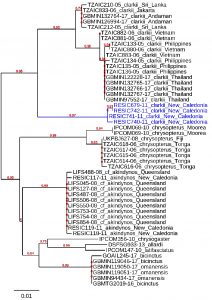 CO1 phylogeny of selected Amphiprion, A. cf clarkii in blue. Click to enlarge. Data from Barcode of Life Data System