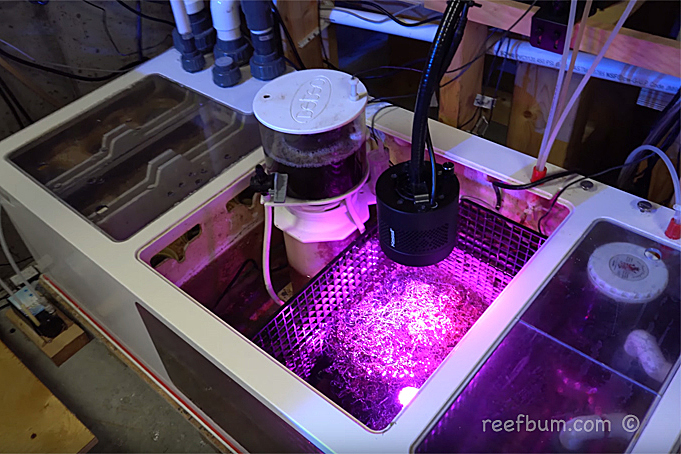 During my many years as a reef keeper I never used a refugium on one of my tanks, never. When I first entered the hobby I used Granular Ferric Oxide (GFO) to keep phosphates in check and a skimmer and water changes to manage nitrates. GFO is easy to use but there are some drawbacks. One problem is that it not only binds phosphates but valuable trace elements as well. GFO can also shock corals and cause color loss if used too aggressively.

I decided natural means was a better option for nutrient control so I began using a Pax Bellum ARID Algae Reactor. These reactors export nutrients by promoting the growth of chaetomorpha (chaeto) inside a chamber lit by LEDs. The ARID is extremely efficient and requires some knowledge of water chemistry to optimize chaeto growth. Nitrate dosing is required and with some tanks it may be necessary to dose phosphates.

Another option to export nutrients via natural means is an algae scrubber, a water filtering device which uses light to grow algae. A refugium is a third choice and many folks have had success using either a ‘fuge’ or an algae scrubber. Personally, I have not tried either one so I felt it was time to experiment. I opted for a DIY refugium since it would be cheaper and easier to set up.