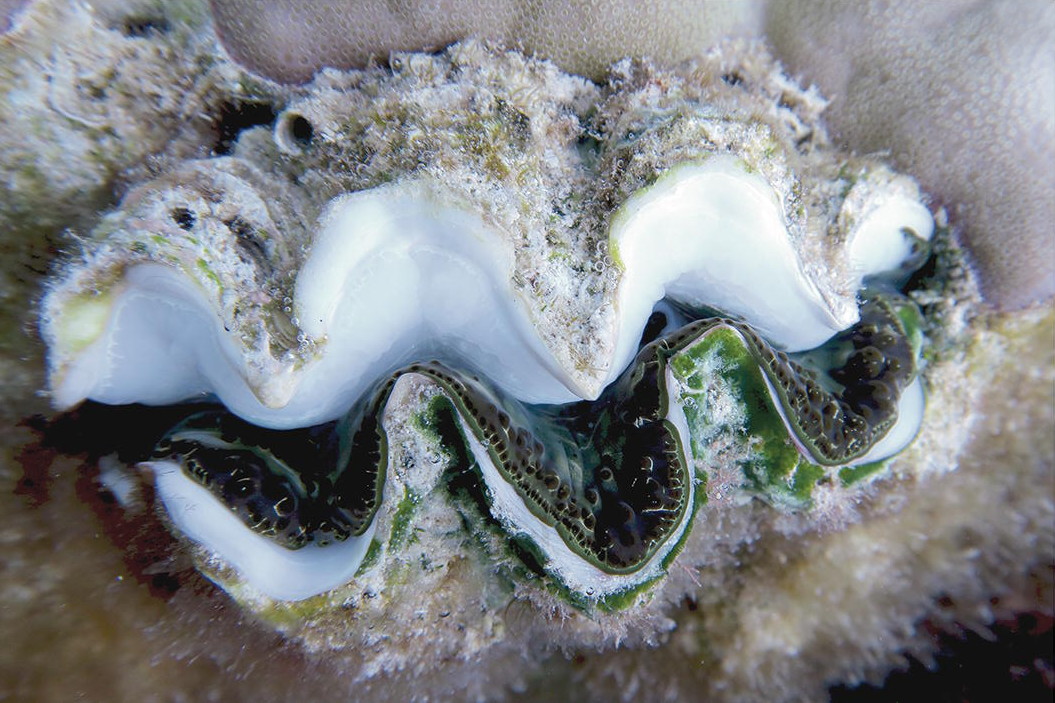 During the El Nino event 2015, unusually warm waters (31–32 °C) in Tetiaroa Atoll, French Polynesia caused many corals to bleach, along with half of this Giant Clam (Tridacna maxima).

As reported in the journal Coral Reefs, this was the only bleached specimen discovered among the T. maxima population on these reefs, with most bleaching instead being restricted to Acropora corals. But the cause of this strange asymmetrical response can only be guessed at. The susceptibility of Symbiodinium to heat stress varies widely among the many clades (species?) in this group, which suggests the possibility that this particular clam harbored two distinct types of symbiont distributed bilaterally within its body.

But this pattern doesn’t seem to have been documented previously among bleached Tridacna. A more typical appearance is either of distinct bleached patches distributed irregularly across the mantle of the clam, or a more complete loss of coloration across the entire animal. These disparate observations perhaps argue for the host clam being responsible for the loss of its zooxanthellae, at least in those cases where the bleaching is only partial.

Asymmetrical Tridacna bleaching certainly does make for a striking appearance, albeit an unhealthy one. Of course, whether one sees this clam as half-empty of half-full depends on one’s outlook in life.

By the way, the project behind this interesting observation was funded by the Leonardo DiCaprio Foundation. Thanks, Leo! You were great in The Departed.