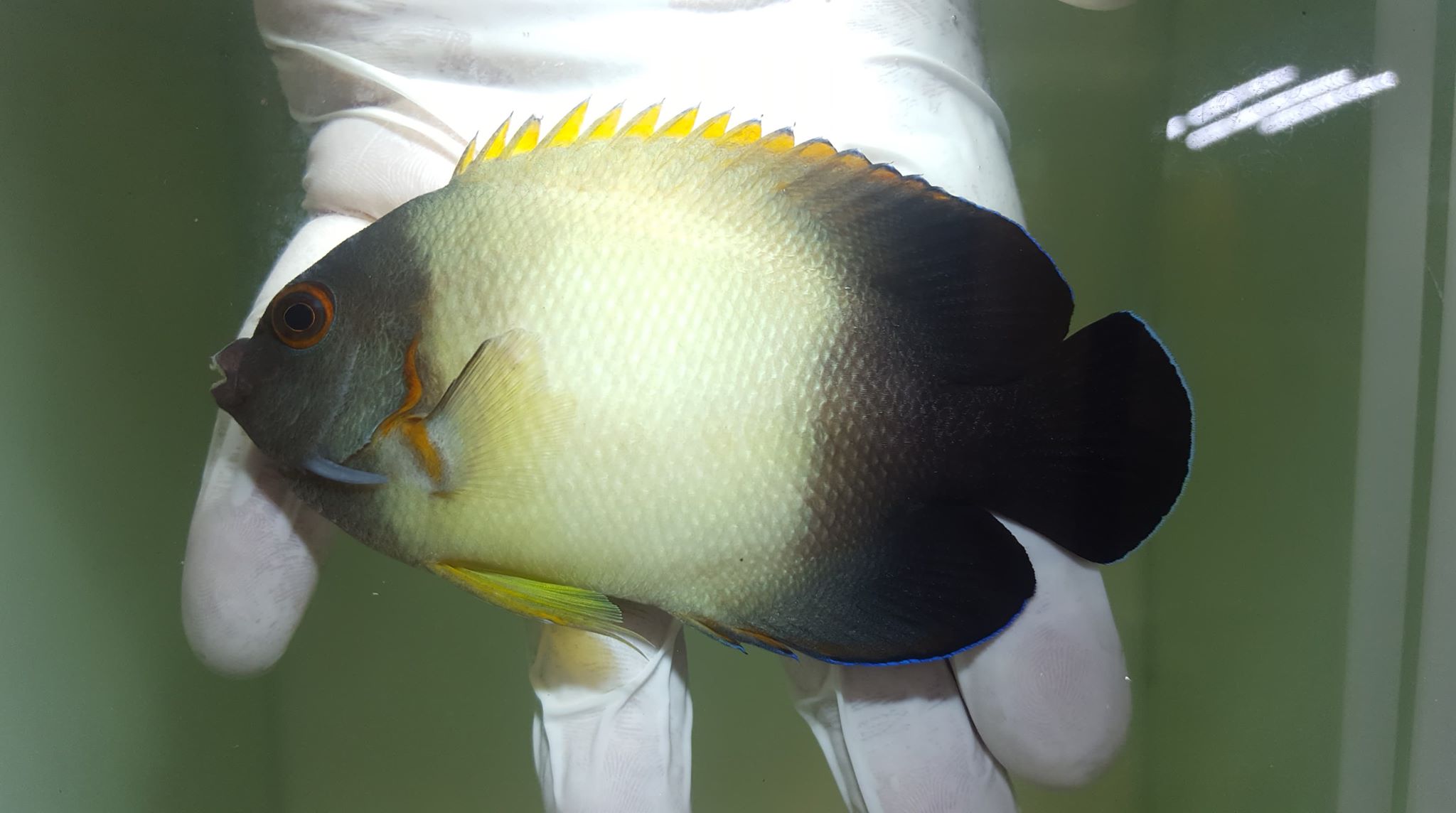 This interesting Centropyge is doing its very best impression of the Black Pyramid Butterflyfish (Hemitaurichthys zoster)… black on the head and tail, pale in the middle. It was collected somewhere in the Java Sea (not far from where the mysterious koi Centropyge was recently found) and is clearly some sort of variant involving the Pearlscale Angelfish (C. vrolikii).

The darkened head is an unusual aberration from that species, but also of note here is the absence of a black spot at the upper edge of the operculum. The vast majority of C. vrolikii possess this trait (though it is on rare occasion mostly or entirely absent), while its close cousin in the Eastern Indian Ocean, the Red Stripe or Blacktail Angelfish (Centropyge eibli), is lacking it.

The Java Sea is an area of overlap where both taxa are likely to coöccur and hybridize, so it’s possible that the weird aberrations of this specimen stem from some past hybridization in its family tree. In theory, the closer one gets to a “biogeographic suture zone”, the less likely it becomes that any of the resident populations are pure representatives of their species. We see this to an extreme with the Cocopeel Angelfish, which is definitely a fish that exists, but one whose origins remain ambiguous. 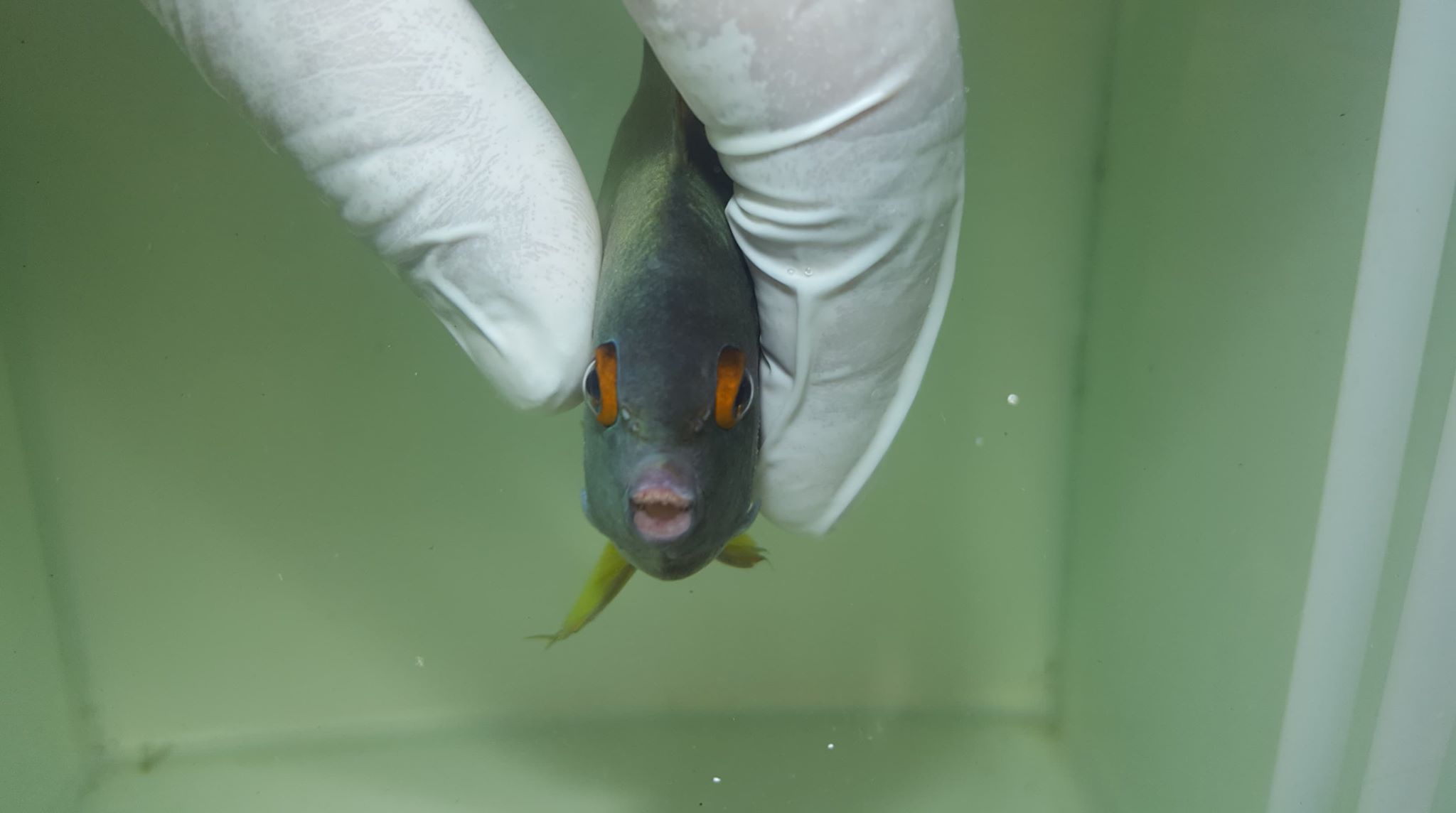 One last anomaly to point out here is the unusual lateral asymmetry present in the head coloration. The left side is more heavily pigmented, with a noticeably darker hue that extends further back along the nape. The difference is especially stark when viewed head-on, creating a beautifully linear demarcation along the midline.

This phenomenon pops up elsewhere in the animal kingdom, though I’m not sure if it has ever been documented in a reef fish before. Many cats (especially those with a tortoiseshell coat) prominently display this, as the relevant genes are sex-linked and females can potentially have two different copies expressed in a “mosaic” pattern. The famous bicolored lobsters are a slightly different example, as their asymmetry is associated with a type of hermaphroditism termed gynandromorpism. This condition produces both sexes within a single individual (not to be confused with the protandrous and protogynous hermaphroditism that is so prevalent in many reef fish families). Possible hermaphrodites have been mentioned for species of dioecious reef fishes, but is it even possible for a protogynous fish to exhibit gynandromorphism, and would this be a permanent condition or temporary?

What are we looking at with this Centropyge. Is it just a weird aberration? Is it variant of the well-documented vrolikii X eibli hybrids? Could it be a gynandromorph? *shrugs* 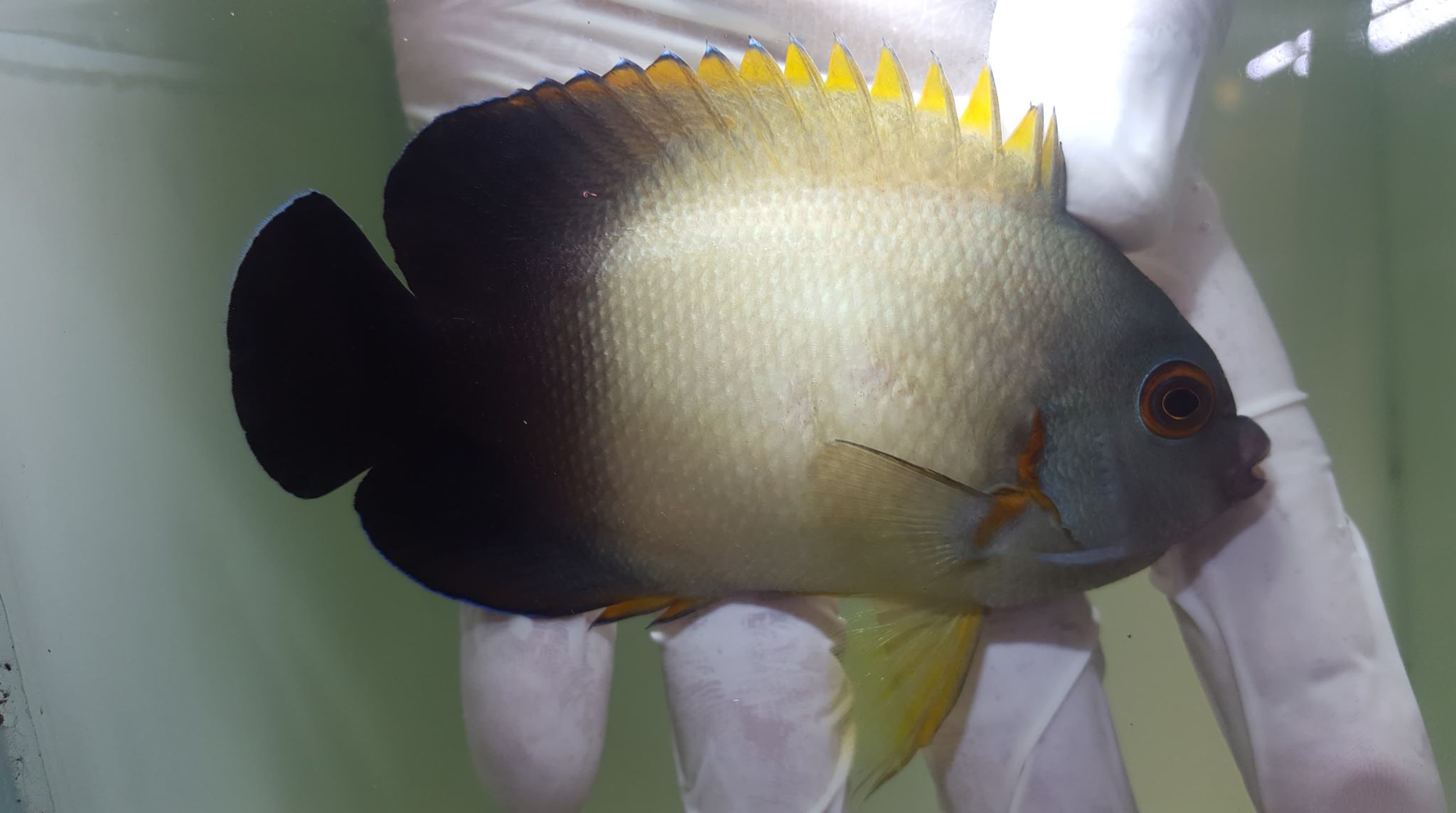