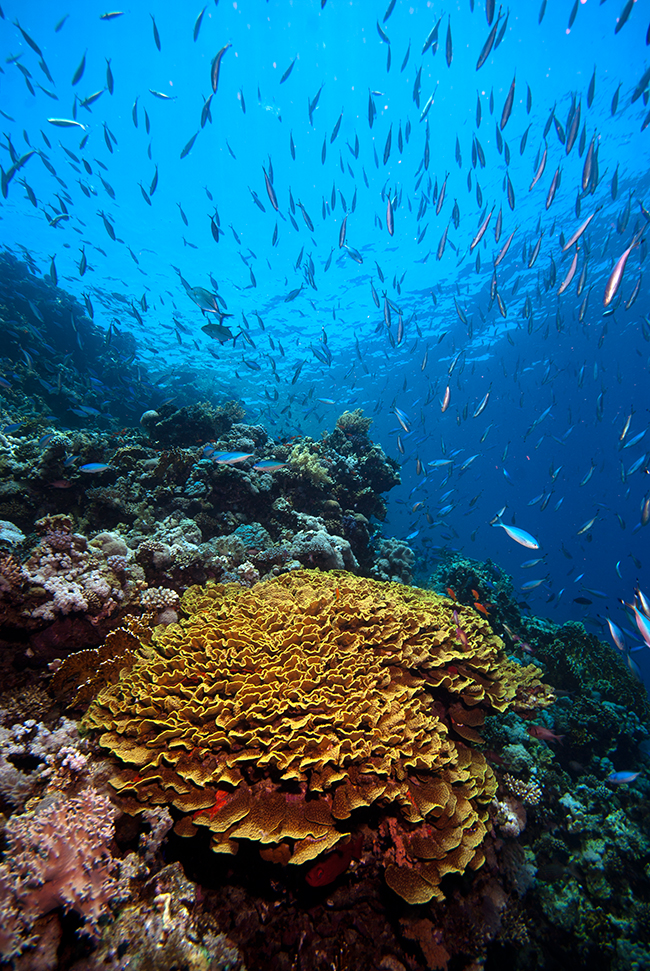 When aquarists take home a piece of coral from a store or a frag swap, they don’t always comprehend just how large some colonies can grow in the wild, accustomed as we all are to seeing the understandably constrained world of captive coral culture.  I spotted this particular coral on an Indo-Pacific Reef, and wow, it’s a beauty! 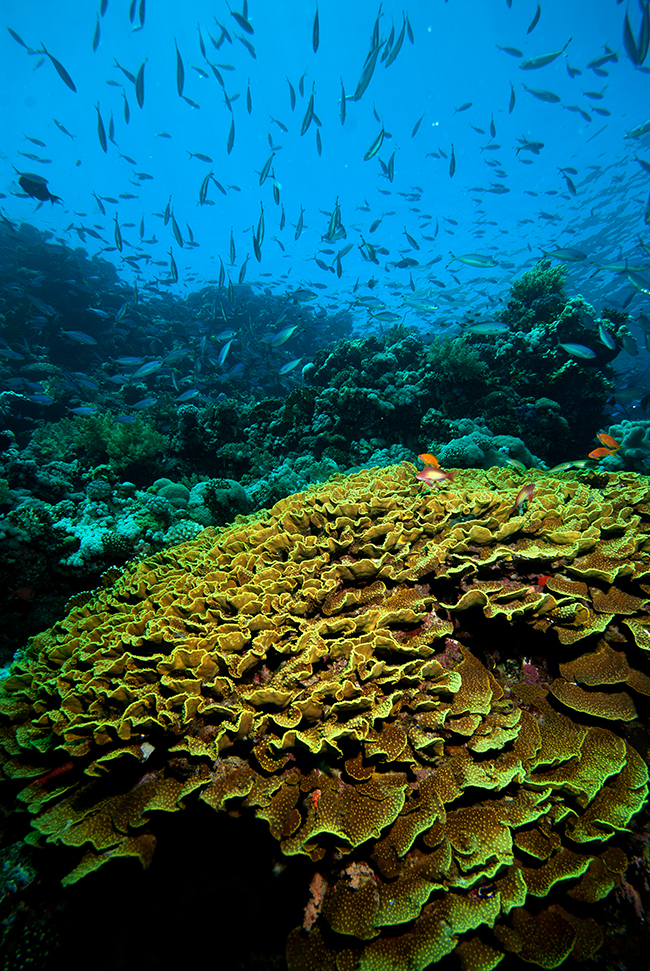 I’m not the greatest at identifying corals at the species level, but I’m fairly sure this is Turbinaria reniformis, the delightfully foliaceous cup coral, often known as ‘cabbage coral’ by divers.

This specimen, with its bright green color, looked quite spectacular against the blue background.  It’s hard to judge the scale from the photograph, though a few anthias provide some sense of scale, but I would say the coral was almost two and a half meters across at its widest point.

I was able to get these shots with a wide-angle lens, and was lucky enough to find a smaller colony on the same reef on a separate dive when I had a different lens mounted to my camera; it allowed me to explore the life hidden within the corals folds. 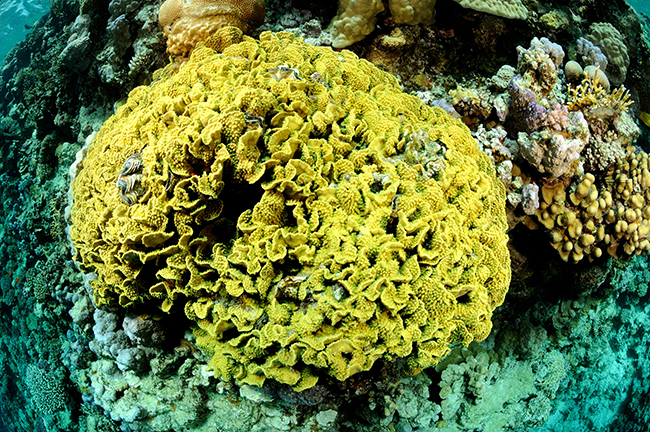 I’m often astounded at how many tridacnids there can be found within mature coral colonies and this specimen was no exception, with around half a dozen clams, between five and ten centimeters across, thriving in the coral – a fantastic sight! 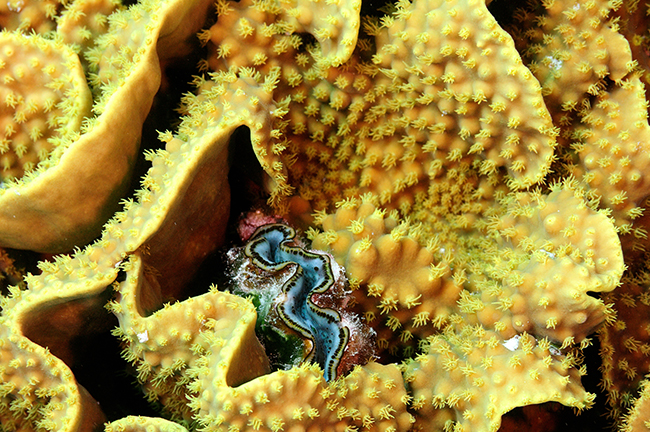