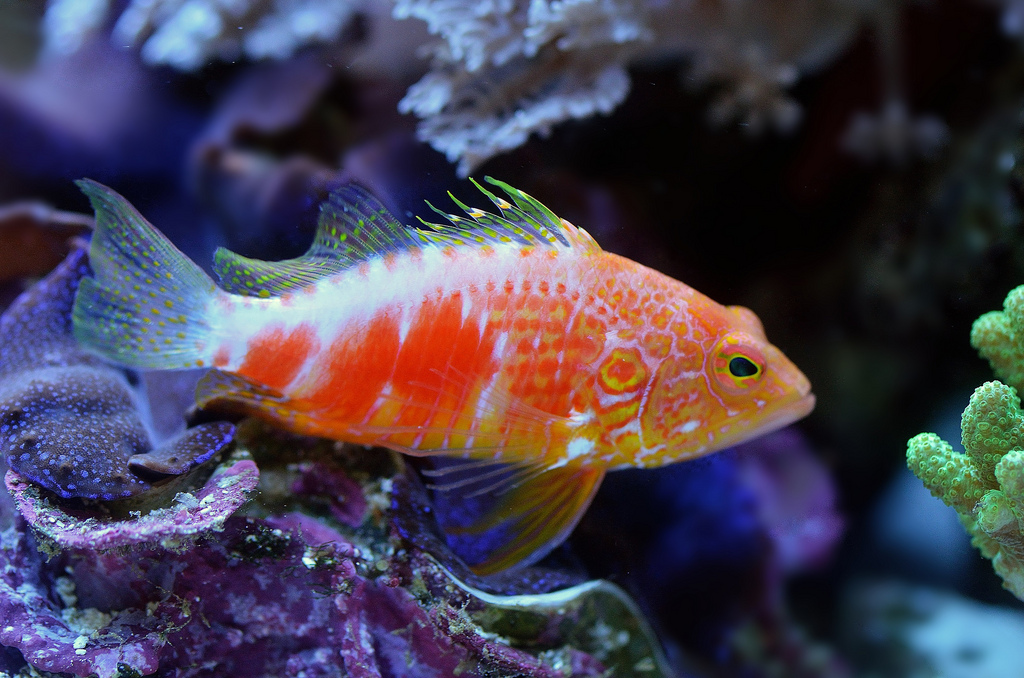 On Sunday, September 2nd, it was reported that aquarium collector Daniel Pelicier died during a dive in Mauritius. He was 74.

During his long career as a collector, Daniel was responsible for the discovery of many new species of reef fishes. Aquarists will most likely recognize him from his namesake perchlet, Plectranthias pelicieri. The bright colors of this fish, combined with the difficulty of collecting it from the wild, have made it one of the most expensive and desirable species in the aquarium trade. The specimens used to describe it were found at depths of 50-70 meters in Mauritius by Daniel and were named by his frequent collaborator, John Randall (the species is now known to have a broad distribution in the Indo-Pacific).

During a dive in 1980 to 53 meters by Pelicier and Randall, the first specimen of Pseudanthias unimarginatus was collected, though it wouldn’t be described to science until a 2011 paper by Randall. This anthias is still very poorly documented and has likely never been kept by aquarists.

A dive in 1997 at similar depths resulted in the discovery of a colorful new squat lobster, Munida barbeti, named after Pelicier’s long-time dive partner, Michel Barbet. And an endemic damselfish from Mauritius, Stegastes pelicieri, was named in his honor in 1985. There’s also the rarely seen Halichoeres pelicieri, a wrasse known only from deeper sand-rubble habitats (20-35 meters) around Mauritius. Daniel collected the first specimens of this fish in the 1970’s, and it remains to this day a poorly understood and rarely seen fish.

Daniel Pelicier was instrumental to the exploration of Mauritius’ reef biodiversity, especially those species found at mesophotic depths. To this day, the deeper reefs of this region remain largely unexplored, with the little we know of this marinelife tracing back to his remarkable efforts.