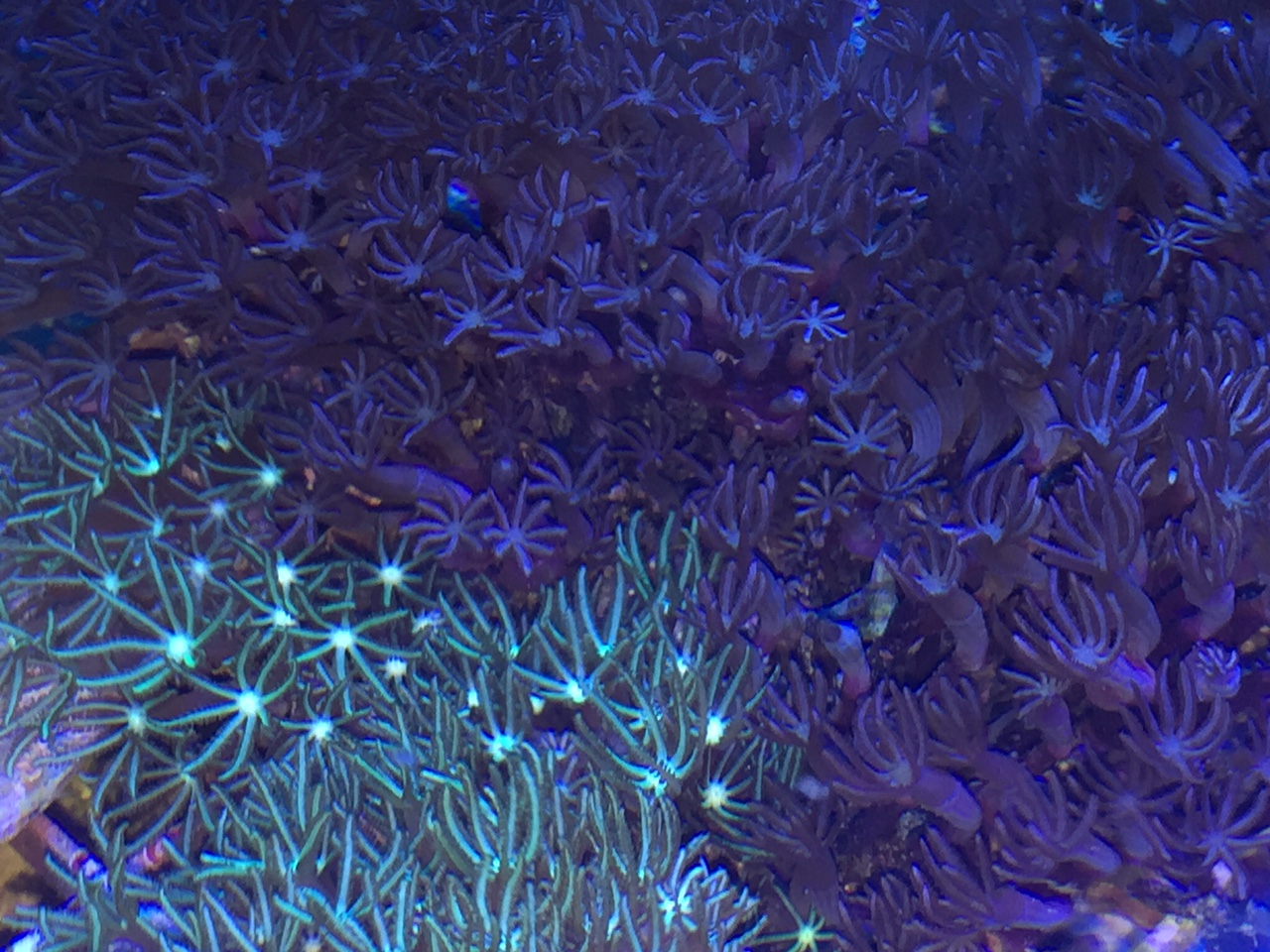 When I was new to the reef hobby, I encountered a vendor with morals. I was fascinated with Pipe Organ coral (Tubipora musica) and wanted to purchase one. I was promptly educated that this coral, much like Goniopora at that time, was impossible to keep. I respected his honesty, candor, and willingness not to make a quick buck. He said they came in with his bulk shipments, but he would not sell them.

These unique soft coral are also known as an Octocoral, due to their groups of eight tentacles. The only other Octocoral with hard skeletons are Heliopora and a newly discovered cousin. Pipe Organs can be mistaken for star polyps when all the polyps are open and the skeleton is covered, and in my systems growth can often be similar to star polyps, with plates of horizontal growth quickly attaching and encrusting onto nearby substrate. 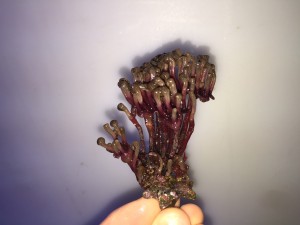 Fast forward 20 years, and now I’m up to my ears in these guys! I grew my first two strains from newly-settled, tiny little one or two polyp colonies that had come in on maricultured coral. After 6 months of growth, I took single polyp frags from these colonies to start new colonies. Growth was quick and made me feel quite successful. And these days, I hear some aquarists scoff at Pipe Organ; “That stuff is just a weed in my tank…” is the refrain.

What happened? Why can we keep these coral so easily now, while a decade ago they were nearly impossible? I feel that we are entering something of a golden age of reef keeping, where more and more people are keeping SPS and other coral that had previously been left to the most advanced aquarists with the most expensive equipment. The technology and abundance of knowledge we have accrued in our hobby is now such that the percentage of people keeping Acropora successfully has tripled in the last few years.

In the past, we believed that we couldn’t keep Pipe Organ because either they could not get enough food, or that there was some essential element or mineral missing from our tanks. No doubt that wild caught specimens had various insults and injuries before they arrived in stores, and most had a matrix of organisms living in their diffuse and porous skeleton, many of whom did not survive transport from the ocean and subsequently died and started rotting, impacting the health of the colony from the inside.

After stumbling back into Pipe Organ keeping quite by accident, they are now one of the most productive coral at my farm. In the last year, I picked up two new colonies that had been in captivity for over 8 years to expand my varieties. They too show the dependable, quick growth I have now come to expect from one of the former “unkeepable” coral. I look forward to the day that keeping become commonplace, and aquarists scoff at the idea of putting them in their aquarium, lest they become weeds.

Our hobby as made some significant strides these last few decades, from the first excitement of keeping and growing Aiptasia, to our current boundary-busting successes with keeping even more difficult coral species, as well as controlled breeding. I can’t wait to see the next husbandry success, which will lead legions of aquarists to yawn at the prospect of keeping coral such as Dendronepthea or deep water Black Coral in their aquariums.