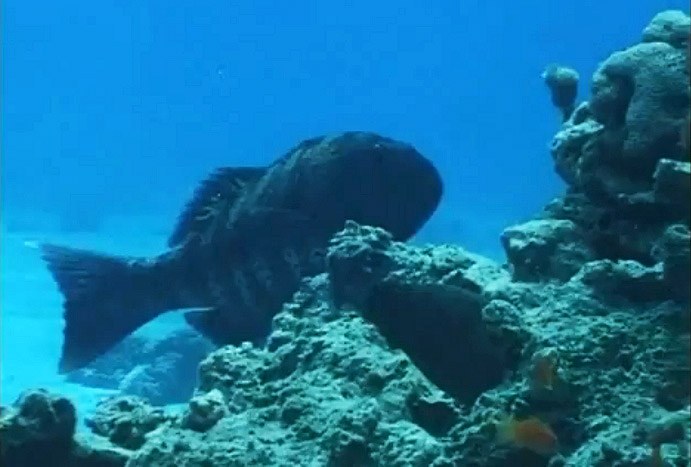 Gouper and moray working together to get a meal.


In a paper published in PLoS ONE, researchers Redouan Bshary, Andrea Hohner, Karim Ait-el-Djoudi, and Hans Fricke reported on interesting inter-species behavior that they noticed while at the time researching cleaner wrasse behavior in the Red Sea.

What the team observed was an interesting joint hunting tactic employed by the coral grouper, Plectropomus pessuliferus, and the giant moray eel, Gymnothorax javanicus.  They discovered that when coral groupers were in pursuit of their prey, the prey would sometimes take refuge within the reef structure. When this happened (depending on such factors as how hungry the grouper was at the time) the grouper would seek out the help of a nearby giant moray eel in order to get to the holed-up fish.

There are a number of interesting videos showing this behavior among the two animals:

(via Not Exactly Rocket Science, PLoS ONE)