At the Long Island Aquarium we have a gallery that consists of smaller focus exhibits; showcasing a specific species of fish or invertebrate. A large portion of these exhibits are small nano-reefs that really help focus the species being displayed. One of these displays is our Harlequin Shrimp (Hymenocera picta) display. 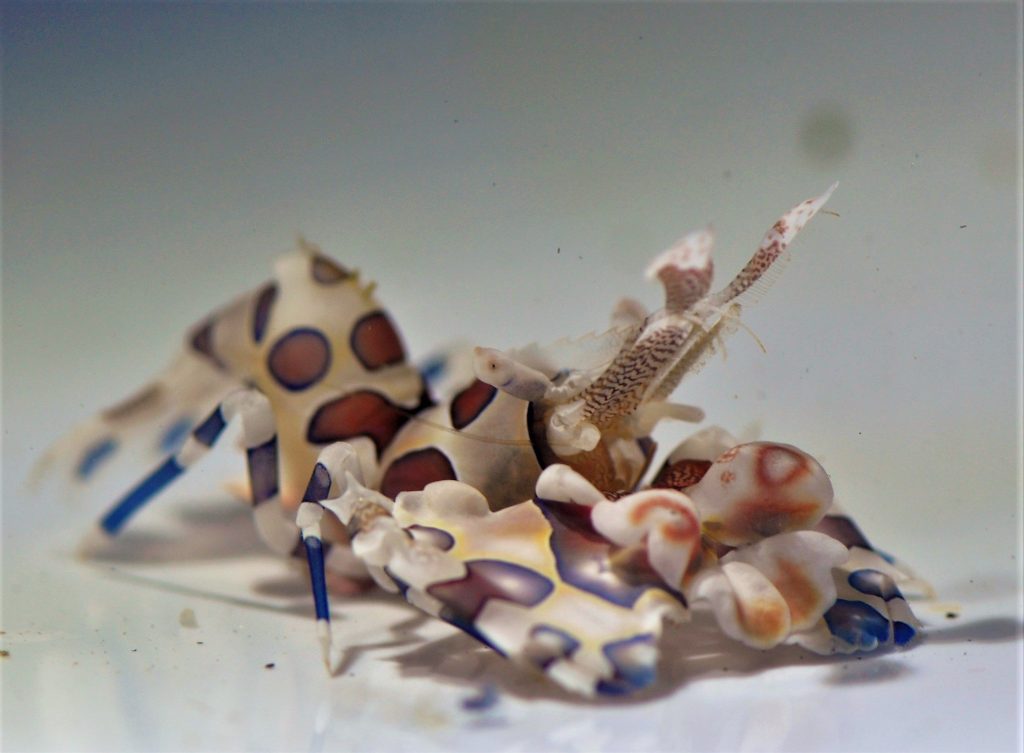 The Harlequin shrimp is found commonly on reefs in the Indo-Pacific. Females can reach up to 2.5 inches while males only reach about 1.5 inches. Generally these invertebrates are found in pairs and thus can be kept easily in a single pair in the home aquarium. These crustaceans are easy to care for as long as you can provide for their specific requirements.

The trademark biological quirk of the Harlequin shrimp is that it only eats echinoderms; primarily sea stars. In the aquarium hobby, they are coveted for their appetite for asterina stars- tiny invasive sea stars that often hitchhike their way into reef aquariums on corals or live rock. These stars can quickly dominate the rock work and window panes of an aquarium if nothing is done to thwart their intrusion, making for a rather unsightly reef-scape. Tossing a Harlequin shrimp into a tank can make short work of even a severe infestation of asterina stars. The conundrum, however, is how to feed the shrimp after the invasion is taken care of. Many aquarists resort to purchasing ornamental sea stars, such as chocolate chip stars, or blue linckia stars to feed their shrimp. However, this practice can quickly become financially burdensome as these sea stars sell for around 10-20 dollars per specimen. How long a single sea star lasts as a meal depends on the number of shrimp in the system and the diligence of the aquarist.

Luckily, at the Long Island Aquarium, we have no shortage of asterina stars for use as food for our Harlequin shrimp. We have numerous flow-through tanks on top of our main 20,000 gallon reef tank, in which asterinas can be found in the dozens. There are also additional flow-through tanks plumbed above our clownfish and anemone exhibit, which house another large population of asterinas. All it takes to keep our shrimp thriving is grabbing a handful of these stars out of a tank every other day or so and tossing it into their exhibit.

The systems housing our Harlequin shrimp are pretty straightforward. The shrimp are located in a 10 gallon tank that is a part of a larger system. The tank has moderate flow, a reef capable light, and several different species of coral. There is a skimmer, UV sterilizer, and a Phosban Reactor on the system. We keep the salinity between 32-35ppt and the temperature around 76-79F. 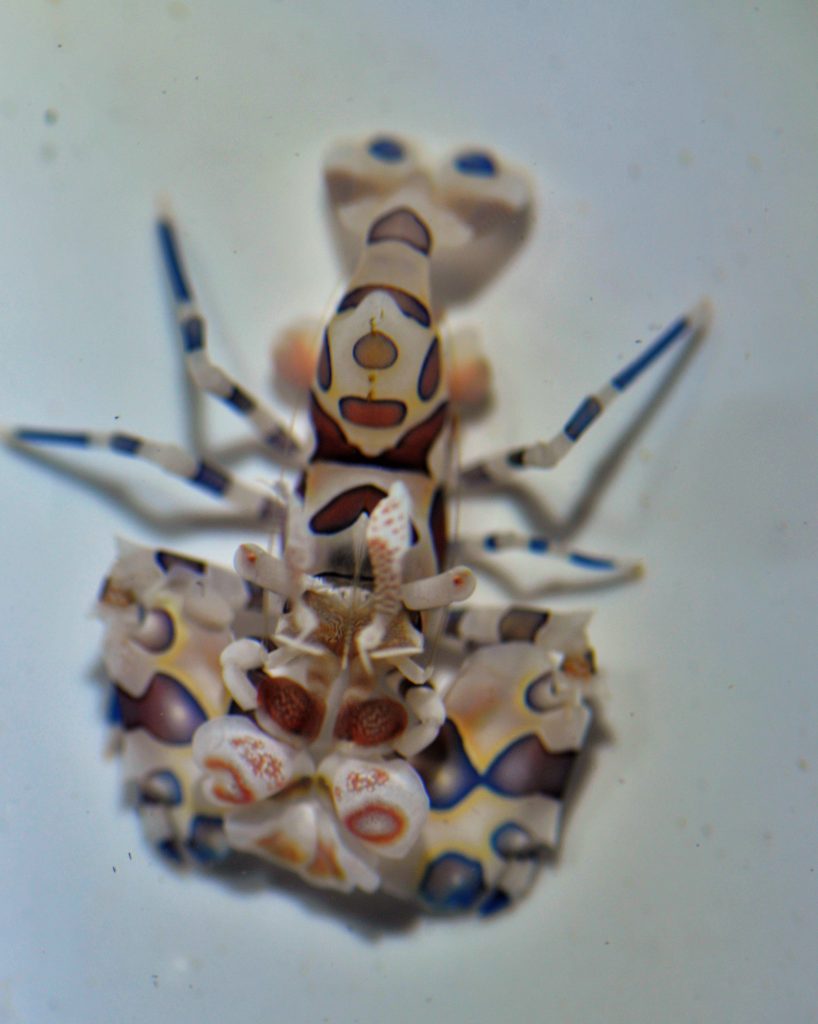 I have yet to rear these shrimp but there is some information out there on how to successfully spawn and rear them. In fact, a good friend of mine, Ramon Villaverde of the Columbus Zoo raised over 50 of these shrimp from just two batches. Not long after Aquatic Technology reared more than 500! Harlequin shrimp have around a 60-day larval period, but don’t let that discourage you from trying them, they seem to be relatively hardy and would be well worth the effort of rearing them.

I think these guys are super neat little shrimp and can really add a unique aspect to your tank. With some careful observation and the right resources these shrimp are relatively hardy and easy to keep. I know we love them here at the aquarium and they will be displayed for the foreseeable future.

Thank you to my coauthor Tyler Mourey for helping me put this together and starting this exciting new series.