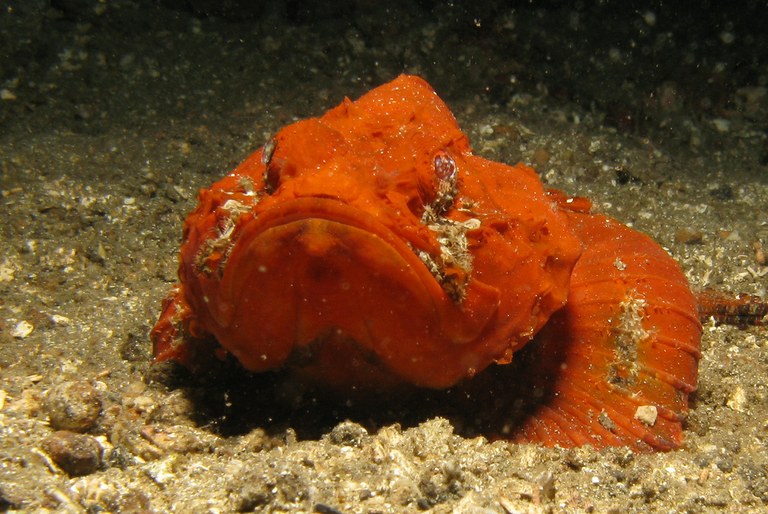 
Peter Lynch and his crew were fishing for cod and rays in the sea off Co Waterford when an unexpected “red thing” showed up in their nets. Intrigued, they carefully placed it in a holding tank and then contacted the Sea Fisheries Protection Authority (SFPA) to find out what it was. It turns out that it was a poisonous red scorpionfish.

The reason this catch is so unique is because scorpionfish are normally found in much warmer waters than where it was captured.  Typically these fish are found in thbe Canaries, the Mediterranean and southern Spain.  To date, only four of these fish have ever been found in Irish waters.

After identification, the fish was taken to the Dingle Oceanworld Aquarium in Co Kerry where it will be displayed in the rare fish section.