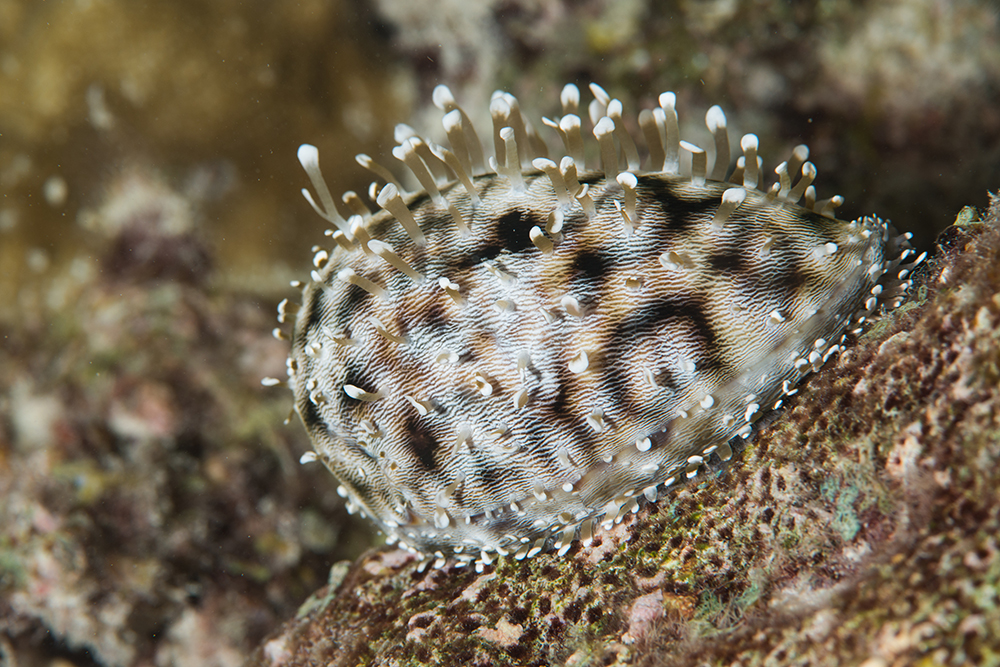 Every so often I have one of those ‘what the heck is that?’ moments, when I see something that I just can’t quite wrap my mind around. I might be having more of them as I get older, but that’s another story.

So, I was on a night dive recently, mainly trying to spot nudibranchs, but happy to come across anything of interest, when my dive light fell across a ball-shaped object, covered in projections. Now, I’m sure many of you will know what it is, straight away, but I was puzzled for quite a while.

Was it a large, hunched sea hare? Was it an odd-looking sponge? What was it? I called my buddy over and pointed.  She did a strange thing: she took out her regulator and made a growling face, accompanied with a hand gesture that looked a lot like she was baring a set of claws.

Lion? Dinosaur? Psychotic episode? Then it dawned on me: Tiger, it was a Tiger Cowrie (Cypraea tigris). I felt a bit stupid as I’ve shot plenty of smaller species in the past, but just never come across this species with its mantle fully expanded and covering its shell. 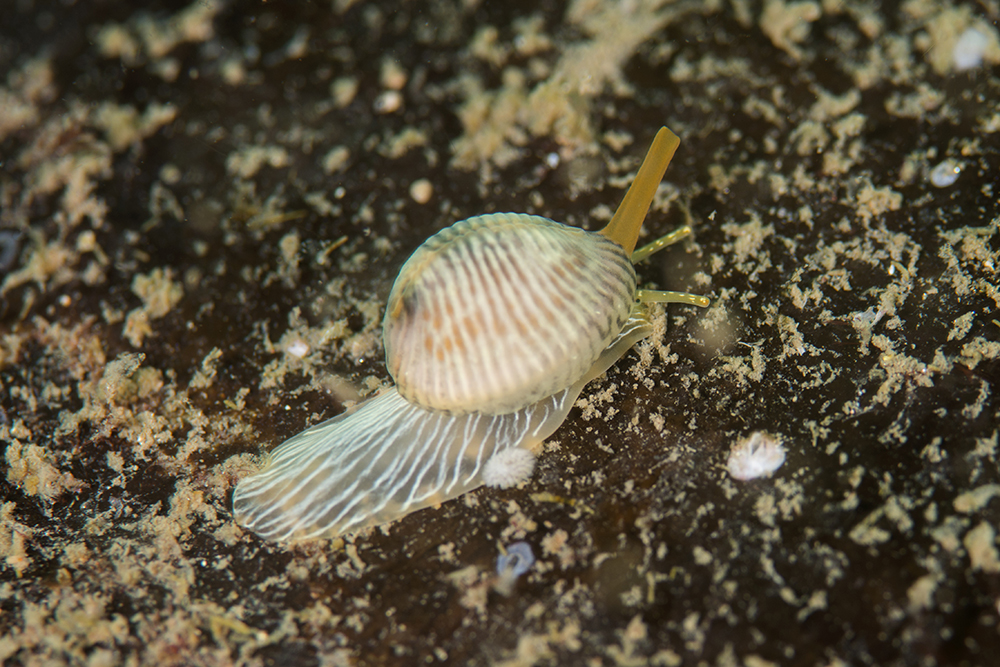 The European Cowrie, Trivia Monacha. A small but still attractive species from my native waters. 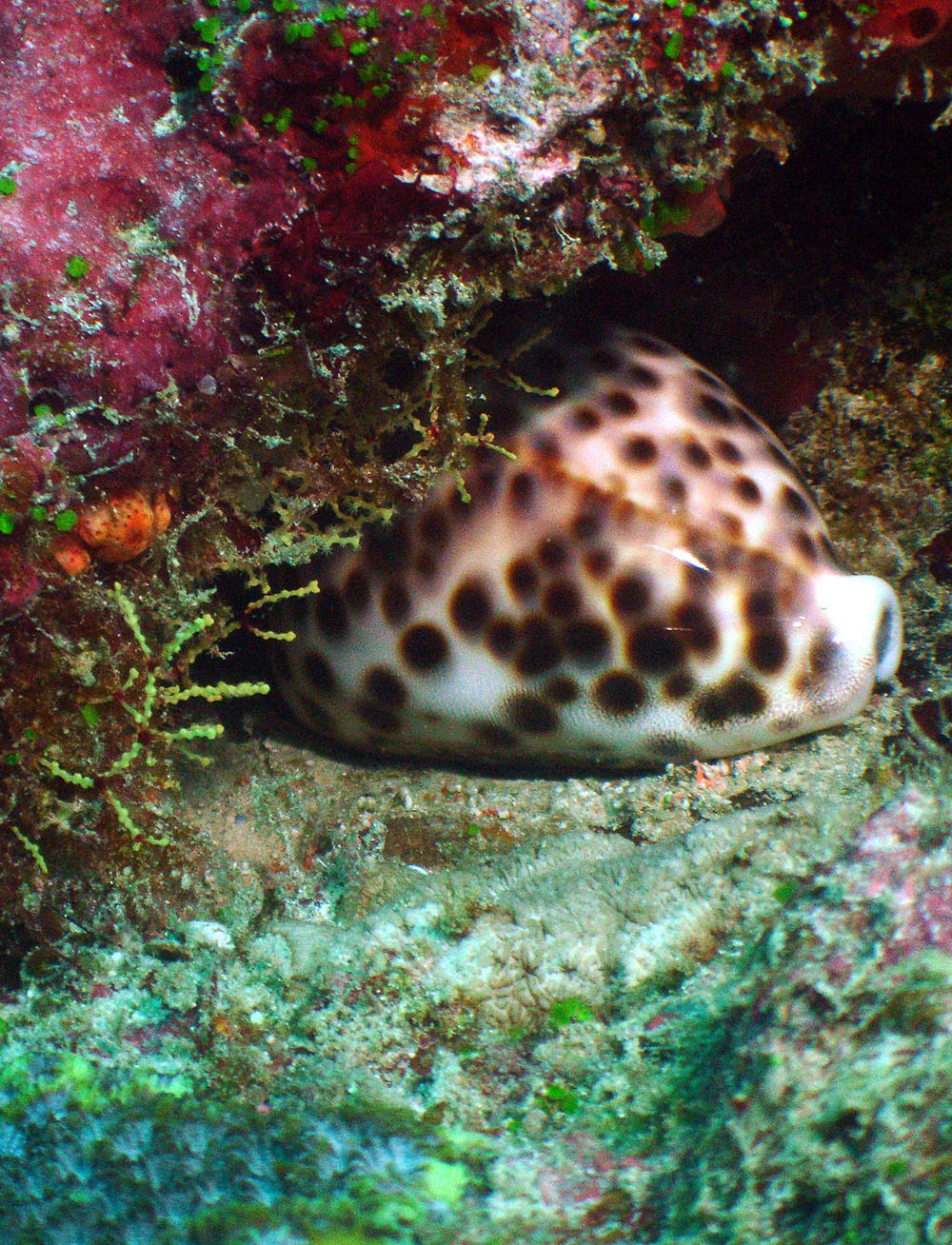 This animal was entirely withdrawn

Needless to say, Tiger Cowries are targeted by the souvenir industry even though they are protected in some regions. They are occasionally found in aquarium stores, though the suitability of cowries in general for captivity is debatable (Cypraea moneta seems okay and may be a useful small herbivore).  Some hobbyists report that Cypraea tigris behaves in aquariums, some folk say they will not be able to find enough of their natural food (sponges, tunicates, and algae) that they may then target other aquarium residents.