It’s a good year for Love 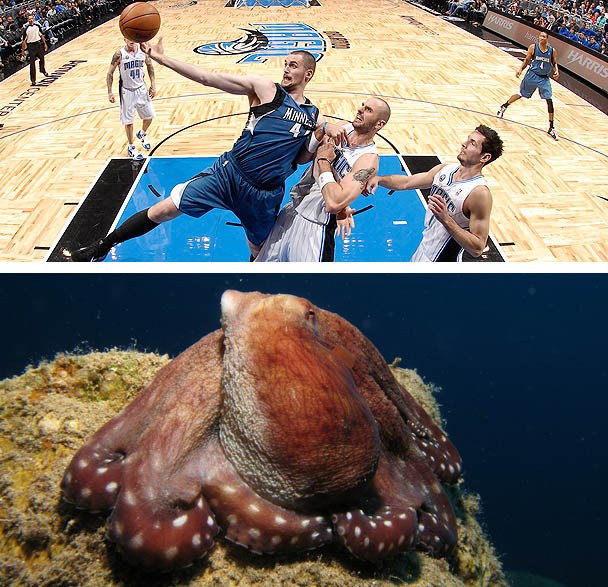 
As reported by the Associated Press:

The Minnesota Timberwolves All-Star is scheduled to formally release K-Love the Octopus into the cephalopod’s new tank in a ceremony at the mall on Thursday afternoon. Love will also feed the octopus and give it a special basketball toy, with a group of children sponsored by a local charity for cancer and other life-threatening medical conditions.

The Sea Life Aquarium at the Mall of America, Minnesota named their new cephalopod after Kevin Love because of his exceptional rebounding skills.  Love is averaging 13.8 rebounds per game this season … not bad for a two-armed species!