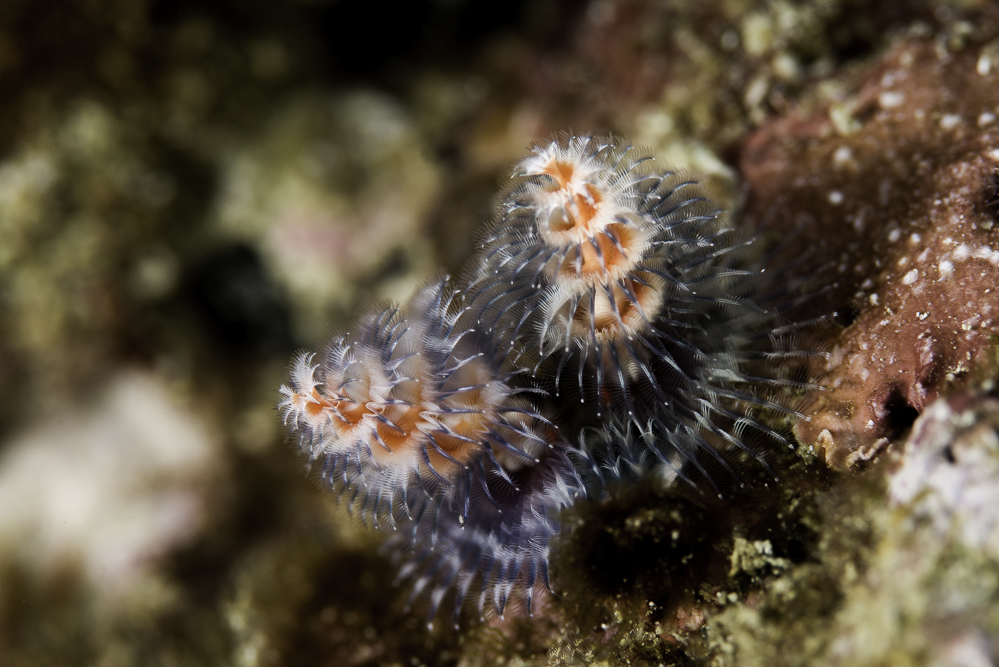 I think most everyday folk have a very limited concept of what worms are. In the UK they’re the unattractive, albeit useful, crawly things that starlings spend their days dragging out of lawns. Nothing to really get excited about in most cases. Underwater folk recognize that there are some worms that are, let’s face it, even uglier, but there are also some that are exquisitely beautiful, and few are more attractive than the Christmas Tree Worm. 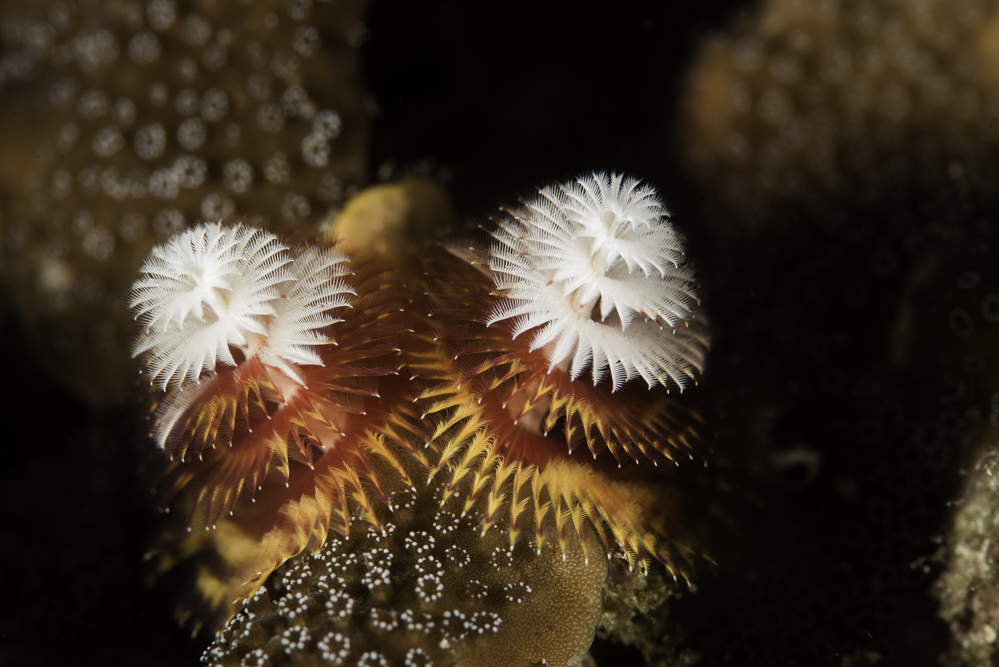 This one is rather special

I’ve often had to explain to novices that the beautiful twin spirals of Spirobranchus giganteus are the modified mouth parts of a worm. They are, after all, very different from the front end of most annelids. As a photographer I’ve become quite intrigued by these animals; yes, they are biologically interesting, but they come in such a range of colors that I can spend many of my dives doing my best to sneak up on them before they disappear into their calcareous tubes. 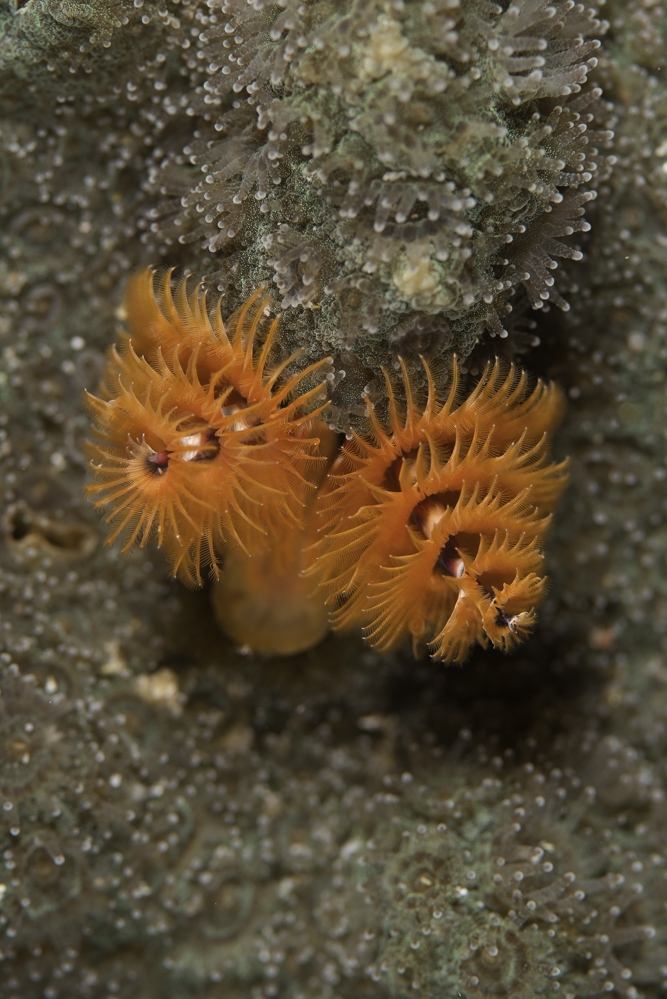 S. giganteus is circumtropical; it makes its home in living corals, typically massive species such as Porites. In some locations the animals can be very numerous, looking like a field of daisies, and in others they are less so. I assume this is mainly related to food availability. 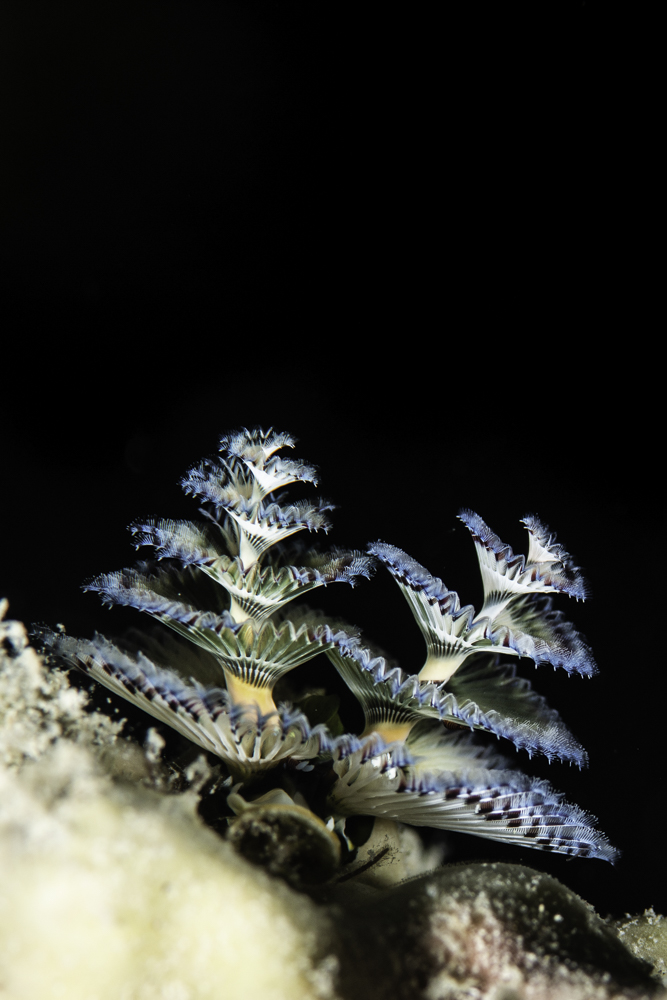 I have yet to determine what role color plays in their lives, if any. On my experience alone, they come mainly in reds, oranges, pinks, browns, and my favorites, blue.
Some specimen are very skittish and disappear into their tubes as soon as you approach, others are less so and allow me to get in close with my macro lens. 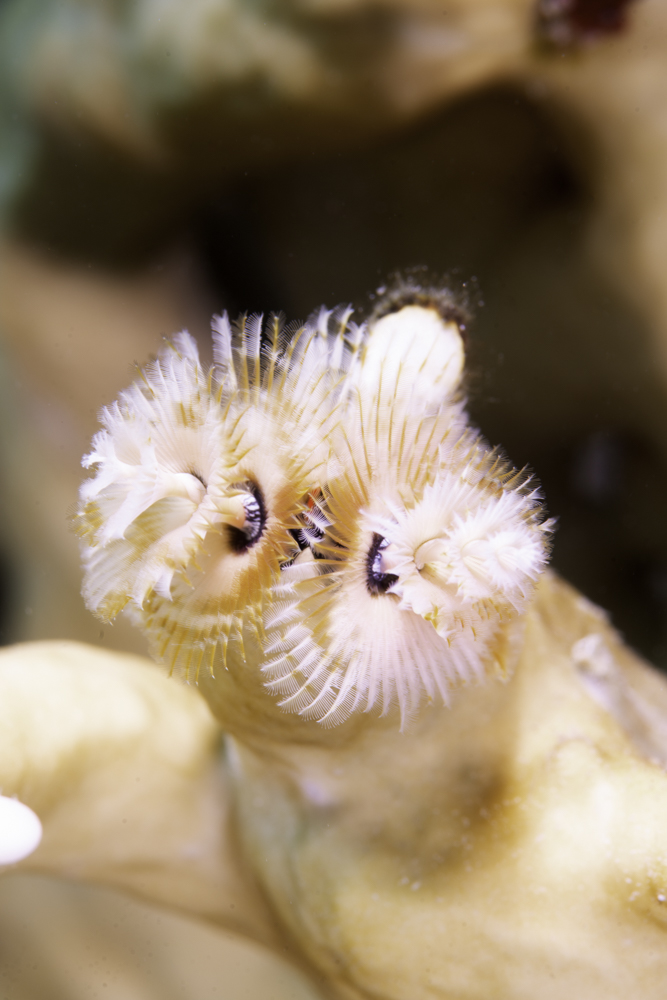