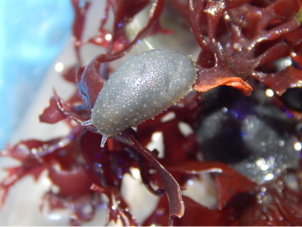 The Reef Keeping Hobby is one that demands constant innovation, exploration, and experimentation…even at the embrace of failure. All effort is made worthwhile when a new species exits the frontier and becomes a trusted mainstay. All ‘conventional’ reef cleanup crew species (snails, hermits, urchins, conchs, etc.) were discovered through collection and feeding trials. This is why I was so excited about the Jellybean Slugs (Ochidella floridana): they were a unique form of gastropod and a species native to Florida’s East Coast. Even better, they were advertised as effective algae biocontrol (Bryopsis, ‘turf algae’, Ulva etc.) and were seemingly aquaculturable as well…plus they were a special kind of ugly cute…and this did not hurt their initial charm.

But Utility defeats Charm in the Long-Game Every Time

Biocontrol (cleanup crew) of any variety can be evaluated along a collective set of criteria:

When evaluating a new species, it is paramount to research its known biology…literature review is the best way to expand avenues of exploration and avoid pitfalls:

Jellybean slugs belong to the Onchiidae family which is its own unique form of gastropod. Despite living in estuarine/marine environments, these air-breathing ‘sea slugs’ are pulmonates and more anatomically similar to terrestrial snails and slugs. Members of this family occupy rocky intertidal and mangrove habitats worldwide. It must be noted that some members of this family are entirely terrestrial, living in high-elevation rainforests. Onchidellid larvae have a shell but lose it when they metamorphose into an adult. Like many gastropods, Onchidellids are hermaphroditic and reproduce through gypsobelum or ‘love darts’. These are hollow harpoons made of chitin which are packaged with sperm and egg–allowing for fertilization upon penetration.

Onchidella floridana is native to the southern Atlantic Coast, Gulf Coast, and Caribbean. It is associated with exposed coral rubble shores, often in estuarine areas in the presence of species such as red mangrove (Rhizophora mangle). It has been observed that they are nocturnal and occupy the intertidal zone where various bacterial biofilms and algae can grow. The paramount question is: can Onchidella floridana thrive off pest algae species in the reef aquarium?

On Day 0, 50 adult/juvenile Jellybean slugs arrived in four fish bags. The water they were in was at a salinity of 1.0275. The majority of the specimens were out of water, with many wedged in folds at the top of the bag where the knot was. No other organisms (amphipods, polycheats, hydroids) were identified upon inspection. Each of the four bags contained a different variety of macroalgae: 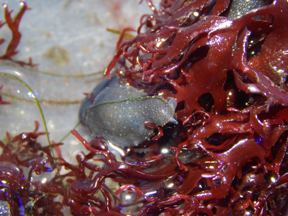 Upon release into an open shoe in…the jellybean slugs immediately wandered through the macroalgae out of the water and towards the lid of the bin. Without supervision, they would have escaped in minutes.

Chamber#2: Refugium of tumbling Halymenia, no pest algae. Acted as control to see if the slugs would eat ornamental macroalgae.

Each chamber was covered with a weighted shoebox to prevent escape overnight. Majority of individuals wedged inside the darkest folds of the guppy pen. A photometer was used to measure the PAR reading at the surface of the pen and it was less than 10μE⋅m−2⋅s−1.

For the first week or so there appeared to be 100% survival of all slugs and introduced macroalgae…suggesting that Ochidella floridana at least did not eat ornamental macroalgae. The issue was it was yet unclear what this species did eat. Despite zero slug morality, there was no sign of algae consumption (paling, fragmentation, etc.). Nor was there any visible detritus forming. The clumping around the frames of the enclosure was also troublesome, as they would likely be squished if the pen had to be moved or inspections made. At day 7, there was some observed movement of some smaller specimens amongst the blades of Halymnia in chamber #4…but there was little consistency to it. That same day, Chamber #1 was ‘challenged’ with a clump of Bryopsis and Chambers #3 and #4 were challenged with clumps of turf algae. Little change was observed for the next five days. On day 13, I noticed the Bryopsis had thinned in volume and was noticeably paler and had started to fragment. I also noticed that more detritus was present on the bottom of the net chamber. I set up another pen with Bryopsis under the same illumination to act as a control. No difference was observed concerning the turf algae in Chambers #3 and #4. By day 17, similar fragmentation and paling had been observed on the ‘control’ Bryopsis with no jellybean slug exposure. Also no change with turf algae chambers…sigh…

It was at this point that other experiments began to distract my attention, leading me to not always place a weight on the shoebox covering. Negligence breeds tragedy. Thus, the dessications began…

Jellybean slush mobilize the second they are exposed to PAR levels above 20μE⋅m−2⋅s−1.

On day 21, 2 dessicated individuals were found 2-3 ft outside Chamber #1 and another was found on the ground behind Chamber #4. The majority of the specimens were still wedged in the net pen frames. Only very small (1cm) gaps were present where the shoebox met the net pen…still these are meant to be cleanup crew…not prized escape artists like octopus and eels… 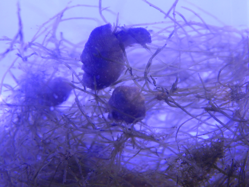 Several specimens in Jar #1 remained submerged and attached to the Bryopsis. Unfortunately, this just was not correlated with any market decrease in Bryopsis biomass.

Another desiccation occurred on day 23. This one must have escaped while I was doing inspections on the jellybeans and stepped away for a half hour or so. Frustrated, I took all the specimens and placed them in static jars with the corresponding algae challenge. Netting material was secured to the lid of the jars with a rubber band. While transferring the specimens, several individuals escaped the enclosure within minutes of becoming exposed to ambient room lighting. Each jar was 1L and received a 90% water change daily. This brought about new failures as Jar #4 had all of its specimens above water avoiding the turf algae, whereas the specimens in Jar #3 remained submerged with the turf algae and then exhibited 90% mortality the next day with the water smelling of hydrogen sulfide and a cloudy biofilm had formed on the surface. 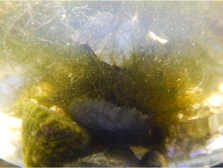 The jellybean slugs in Jar #3 were the only others to remain submerged…and the only to die of apparent water quality/ toxicological issues, rather than desiccation.

The Bryopsis in Jar #1 paled, fragmented, and established detritus overtime, but no more so than a control jar of Bryopsis without jellybean slugs. Starting on Day 31, 2-3 specimens would dessicate by wedging themselves between the lid and the mesh of the jars. This led me to consider the jars a failure…but had few other reasonable avenues to explore. After all, coral systems cater to coral not cleanup crew…if these jellybean slugs could not withstand even ambient lighting, how could they possibly deal with coral lighting. And how could it not be expected that they would escape nearly any aquarium without an absolutely tight fitting lid. Disappointed in my investment in money and time, I released the remaining jellybean slugs into a refugium system that was experiencing chronic turf algae and red cyano issues. This last-ditch ‘ranching’ experiment would be evaluated by 1) if I ever saw them again and 2) if any miraculous reduction of any established algae pest occurred within 3 months of introduction. The lights, pumps and powerheads were turned off when I introduced 34 Onchidella floridana into that refugium. One by one, they righted themselves from that odd semi-curled position they adopt when stressed. One by one, they crawled into the nearest opening of a ½’’ PVC array used to hold coral colonies. One by one they fled the light into the pipe. I have not seen them since. 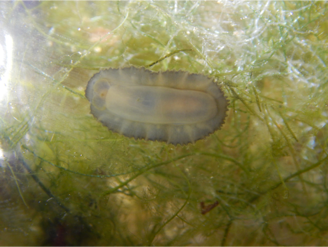 A fascinating and novel species…but I fear not the most applicable as a reef aquarium cleanup crew.

Cute as a Button? Yes. Beauty is in the eye of the beholder. Utility is not. Is Onchidella floridana an efficacious biocontrol agent? Difficult to say but it does seem to have some unattractive characteristics. As an air-breather, it is relatively limited to the areas where it could graze and coupled with its intolerance to light, this species is more than likely to flee a reef aquarium and end up a dried up ground husk. Furthermore, it is entirely unclear what this species’ natural diet is (biofilms?) or if it is capable of controlling any nuisance reef aquarium algae. It may become a lovely addendum species to a novel mangrove biotope paludarium…but its potential as a reef aquarium mainstay is within my doubt. I would love to hear about the experiences others have had with Onchidella floridana, but for now, I’ll choose to spend my time investigating other species.

Dayrat, B. (2009). Review of the current knowledge of the systematics of Onchidiidae (Mollusca: Gastropoda: Pulmonata) with a checklist of nominal species. Zootaxa, 2068(1), 1-26.