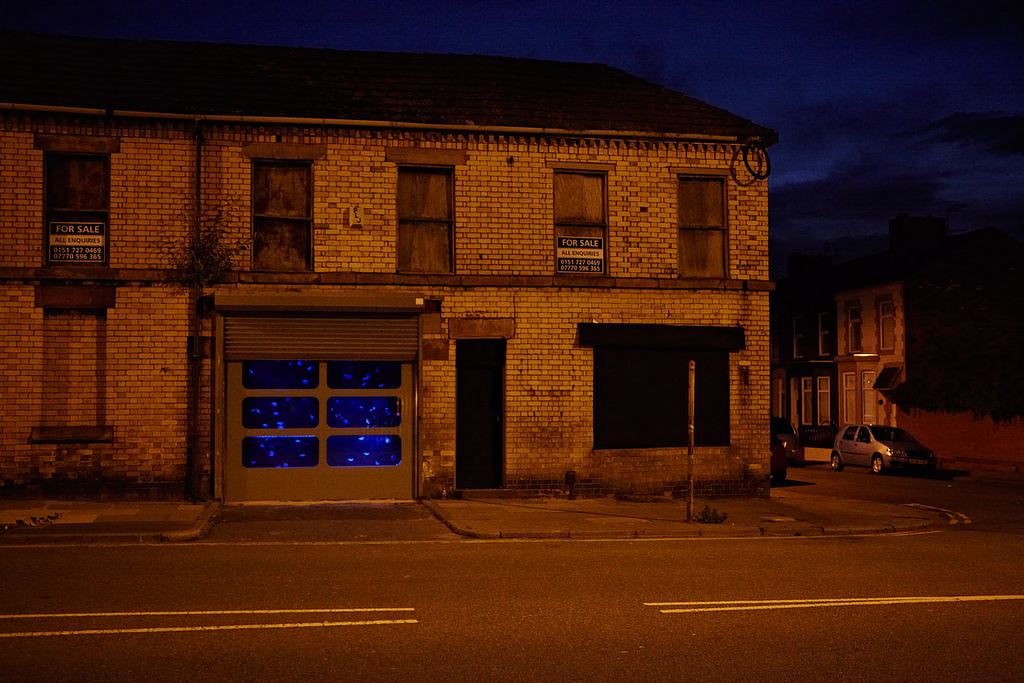 What’s the best way to deal with an abandoned building in the middle of a populated neighborhood? Well, if you’ve got a flare for the arts with a heavy leaning on aquarium keeping, then the likely answer would be to convert the building into a large piece of aquatic art. Or, at least that’s what the artist duo Walter Hugo & Zoniel would do. According to a story published on This is Colossal, the artists installed a large aquarium in the garage area of a rundown building. Every evening, around sunset, the garage door automatically opens up to reveal the tank and its wondrous blue glow and amazing collection of jellyfish. People passing by would obviously be intrigued by the installation, stopping for a peak at a something obviously meant to beautify their community. In support of of the project, which has been titled “The Physical Possibility of Inspiring Imagination in the Mind of Somebody Living”, a live stream video of the setup is on display at the Gazelli Art House. Like the installation itself, the live stream is viewable from the street as well. If you’re in England and want to visit the artistic feature, you’ve only got a couple of weeks left until it gets taken down, as it was only meant to be set up temporarily. MORE: Jellyfish Tank Installed as Living Art in Abandoned Building