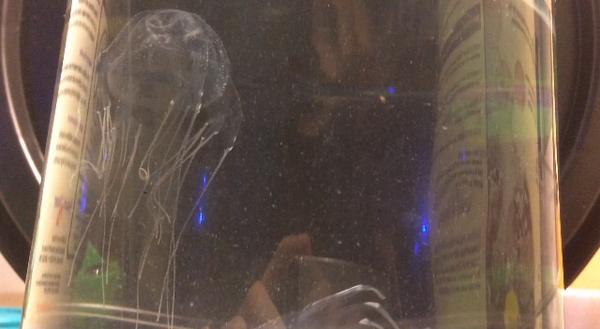 With summer ending and school just beginning, Jellyfish season is in high gear. While fishing at the coast this past weekend, I noticed that the Jellyfish and Sea Nettle populations are well represented.  Higher water temperatures bring larger and more concentrated populations of the relatively harmless Cannonball Jellyfish and venomous Atlantic Sea Nettles, Chrysaora quinquecirrha.  There have also been reports of box jellyfish (Chiropsalmus quadrumanus), or four handed jellyfish as they are commonly called in the Myrtle Beach area.  Fortunately, these jellyfish are not as common as our Cannonball Jellyfish but they can be found in the Atlantic Ocean, the Gulf of Mexico and the Pacific Ocean. The sting is venomous and dangerous to humans, especially children. Photo Credit: Jellyfish Watch  MORE