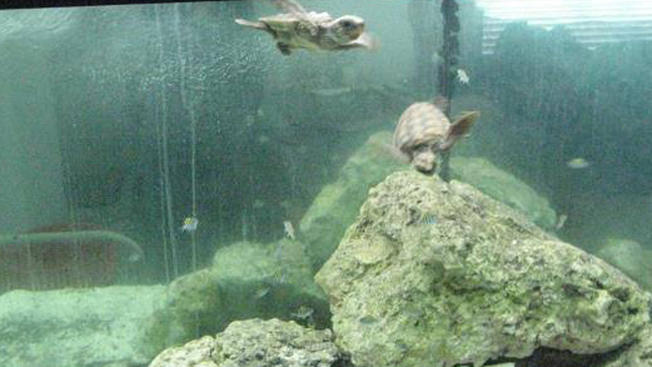 The Florida Fish and Wildlife Commission cited a Jupiter, Florida man for keeping two Loggerhead Sea Turtles in his home aquarium. The man stated he found the turtles in his canal and put them in his aquarium for his daughters to see earlier this year. He stated he grew attached to the turtles, and did not release them. Although one can momentarily understand the excitement this man imagined for his daughters, coming home to see the turtles in their tank, this is a serious offense. The Loggerhead Turtle is classified as an Endangered Species. Federal Law prohibits the taking, selling, harassing or otherwise bothering Loggerheads or their nests.He was given a first degree misdemeanor citation for possessing the two Loggerheads. The turtles were taken by the Florida Fish and Wildlife Commission to Loggerhead Marine Life Sanctuary Center, and the turtles were released back to the wild. Capturing a Loggerhead sea turtle is punishable by up to a year in jail and a $1000.00 fine. MORE