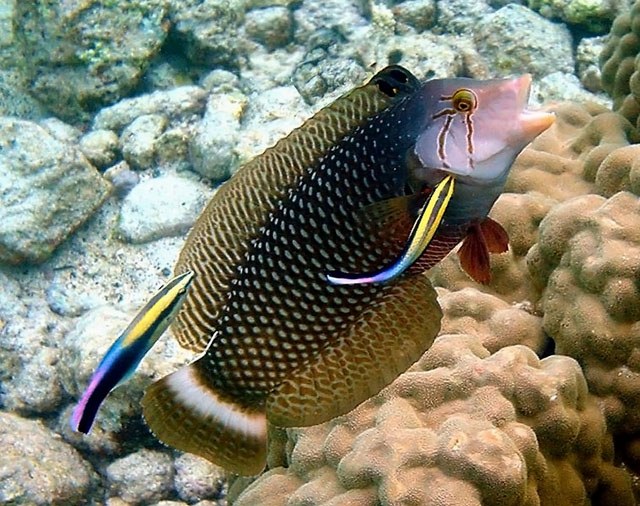 Reef fish would greatly appreciate it if you let them keep their cleaners. Photo by Mila Zinkova.


In 2011, researchers published a study comparing reef sites with and without cleaner wrasses (Labroides dimidiatus).  Their findings were eye-opening and brought into sharp focus just how vitally important cleaner wrasses are coral reefs.

Well, that study is still ongoing.  In a 2015 follow-up study, researchers found that the reefs purged of cleaner wrasses greatly decreased the number of recruited juvenile damselfishes compared to control sites with cleaner wrasses.

The takeaway is simple:  Don’t buy cleaner wrasses. Not only do they usually fare poorly in captivity, but collecting them from the wild really harms coral reefs.  If we remove cleaner wrasses, the fish are smaller, less abundant, and less diverse.  And by we, I mean the aquarium trade.  We are the only industry with commercial interest in cleaner wrasses.  Pretty please, let’s not be that guy.