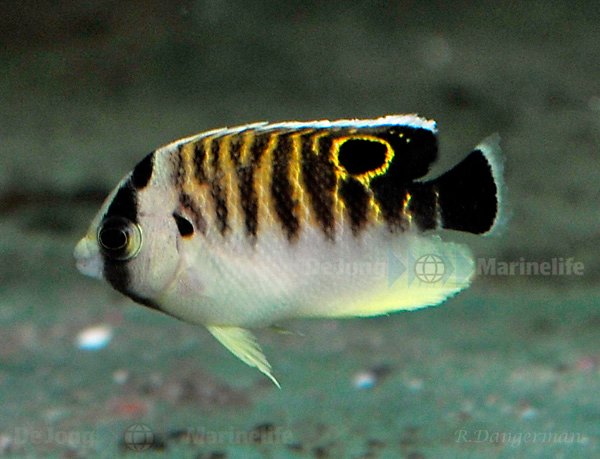 There are several species of angelfish that many in the aquarium trade would label as THE “holy grail” angel. The short list includes the masked angelfish (Genicanthus personatus), peppermint angelfish (Paracentropyge boylei), Abe’s angelfish (Centropyge abei), and a few more. And while each of those species is supremely rare and insanely beautiful in their own right, but they all fall short of the absolute king of the angelfish, the tiger angelfish (Apolemichthys kingi). Named for its tiger-like stripes that only get more elaborate with age, A. kingi is one of those fish that virtually never gets collected in the wild and therefore is almost never seen in the aquarium trade. I think one or two of them have ever made it into captivity, putting its rarity right up there with the most elusive of aquarium fish. Thankfully, De Jong Marinelife has somehow gotten their mitts on a beautiful juvenile tiger, as well as a peppermint angelfish, and they’ve been oh so generous with the news. MORE: Juvenile Tiger Angelfish Lands at De Jong Marinelife