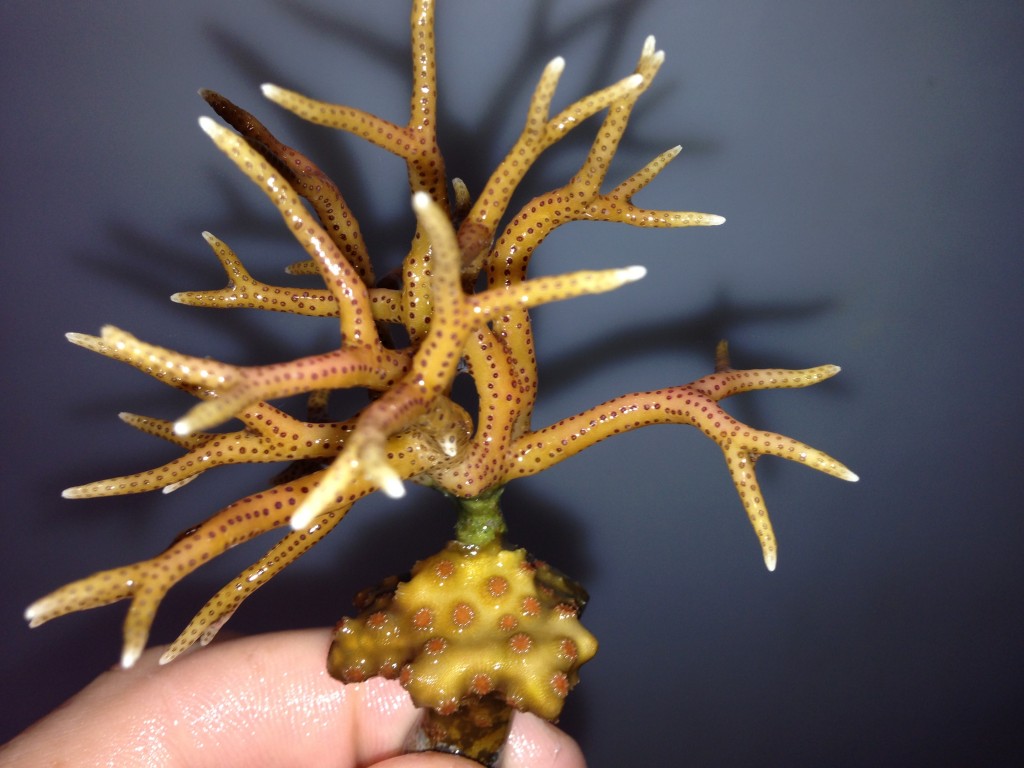 I love Cyphastrea; it is a beautiful coral, and one that I have had great success with, but one day I realized that I had been growing it for so long that the excitement was gone.  I didn’t want to stop my work with one of my favorite corals, but I knew I had to make a change. There was only one solution for me – give it a hat of SPS!

I am fascinated with coral interactions, from complete fusion of soft tissue to understanding long term competition and overgrowth. Sometimes, the success or failure of the experiment is size dependent, other times, food availability or water flow are the most important factors. Over the past few years, I have enjoyed replicating certain interactions of coral in Joe Yauillo’s 20,000 gallon aquarium, such as the long term growth and competition interactions among the coral and I was excited to try my hand with Cyphastrea.   I ran a series of compatibility experiments, and glued branching coral such as Porties, Acropora, Montipora, Pocillopora, and Seriatopora to the Cyphasrea. The latter aggressively grew over every Montipora,  Porites, and Pocillopora. The Green Titan Acropora and the Burger’s Birdsnest Seriatopora were the only two SPSs that managed to work out a relationship. 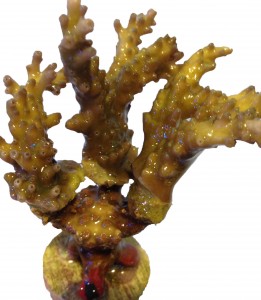 The Green Titan Acropra and Cyphastrea developed an interesting dynamic. The Cyphastrea manages to overgrow the Acro at its base in spasms. The Acropora fights back by trying to shade the encroaching Cyhpastrea, and creates small shelves growing out into the water column. The balance shifts dramatically to the Cyphastrea’s favor if the flow is too slow or the light is too low,  water conditions that favor the Cyphastrea over the Acropra.

The Seriatopora, on the other hand, was a good, easy match for the Cyphastrea, the appealing effect is of a branching Seriatopora with a polka-dot base. The Seriatopora seems to have the upper hand in the fight against Cyhpastrea and overall, the Seriatopora combo is more stable long term. As you can see from the pictures, there is a “no man’s land” on the Seriatopora directly above the Cyphastrea. This is commonly seen in the area between two closely matched competing coral.

With that, I consider this project a great success, both with revitalizing my fascination with Cyphastrea, and with, just possibly, moving our community forward in the understanding of coral relationships both in the ocean’s reefs and in home aquariums. Now to send you off right, put a bird on it! https://www.youtube.com/watch?v=iHmLljk2t8M 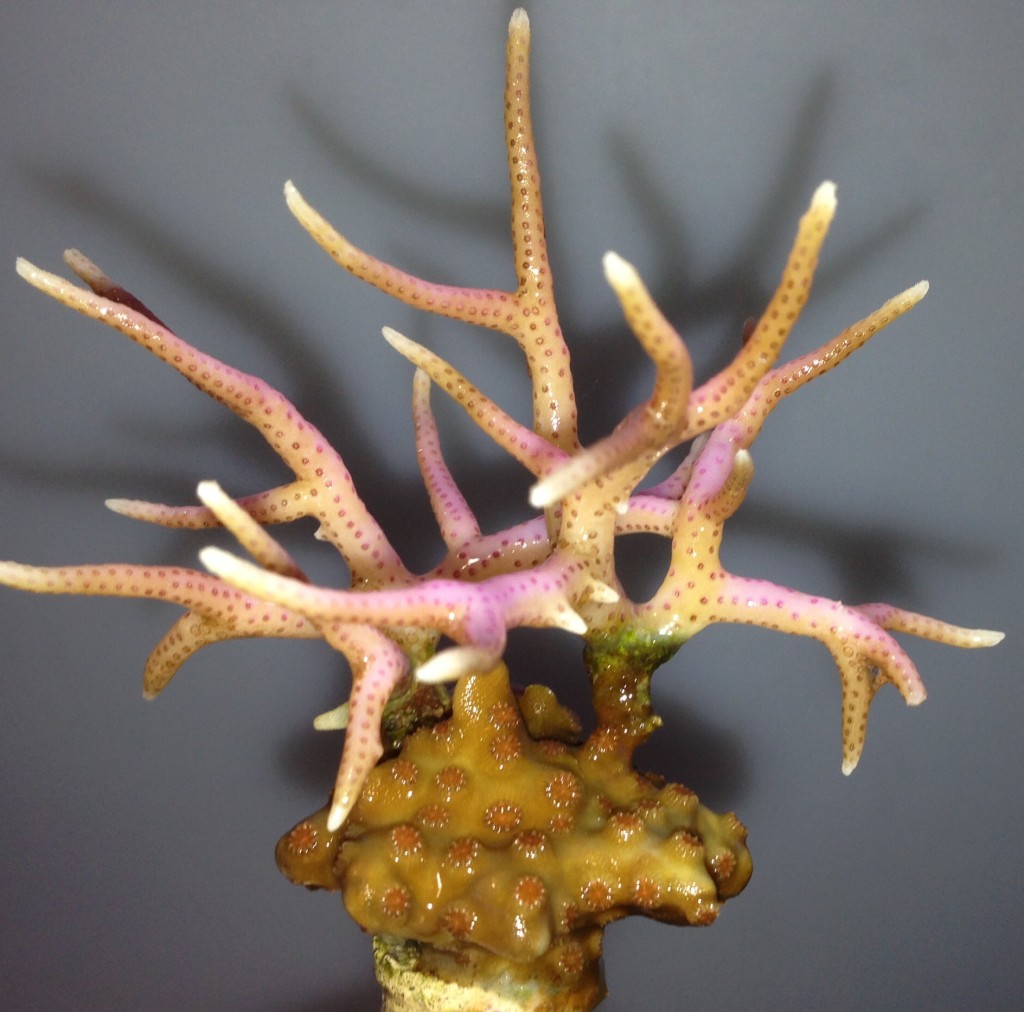