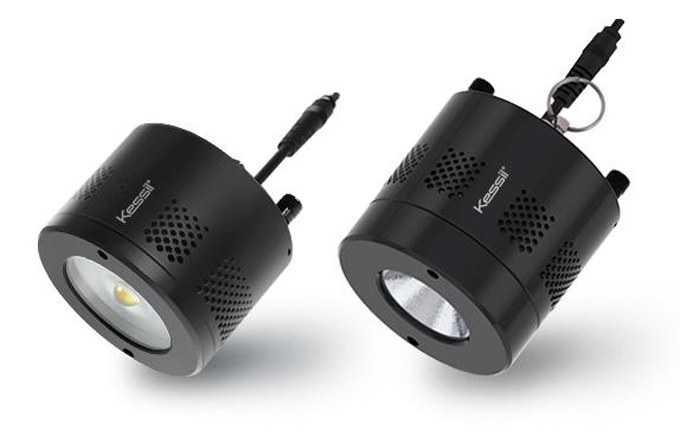 
Kessil has released a lot of information about their anticipated “Tuna Blue” LED pendant lights.  Both the A350 and A350W output approximately 90 watts of light using their Dense Matrix LED™ platform; Kessil claims the A350/A350W provides twice the light of their A150W.  The fixtures are cooled using Kessil’s “vapor cooling thermal management system” — the same fan-cooled system used in the A350/A350W’s predecessor, the H350 hydroponics LED light.

So what’s the difference between the two models?

The beam angles.  The A350 is designed with narrower optics and is meant for tanks deeper than 24 inches deep or for intense spotlighting of light-hungry stoney corals.  The A350W features wider 140 degree edge-to-edge optics for more even, universal light distribution.

“Tuna Blue” is a cute phonetic word play of “tunable.”