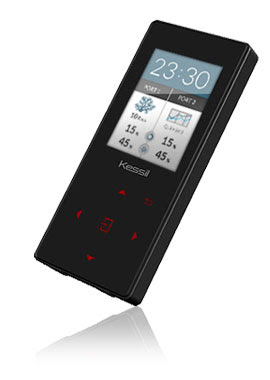 Kessil is making headlines today with the recent announcement of their very own controller, called the Spectral Controller. This new device, which is said to be the size of a smartphone, is designed to work specifically with the Kessil A360 LED light and all future releases. It has the ability to control up to two different sets of lights via two separate 0-10V output ports, but don’t translate that as just two different lights. Instead, the Spectral Controller can program multiple lights spread across two separate “groups”. A prime example would be lights over two different aquariums or if you use a Kessil fixture for your refugium, you could change the lights over the display tank independently of the refugium light. Powering the controller is a micro-USB that can be plugged into a wall outlet or computer USB port. When not plugged in, the controller retains all programs and settings, so all of that hard work isn’t lost when the controller is taken offline. MORE: Kessil Unveils Spectral Controller for A360 LED Fixtures