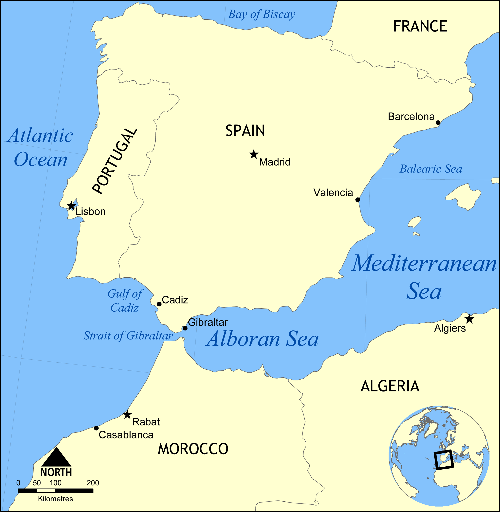 The new reef, discovered during the Oceana Ranger’s 2011 expedition, is estimated to cover 10 hectares or just shy of 25 acres.  That is a lot of reef to have just been discovered in the Mediterranean.  The newly discovered coral oasis sits on a sea mount with its peak between 320 and 400 meters below the surface.  Situated in the southeast Alboran Sea, the discovery made possible with the use of an ROV capable of working at depths up to 600 meters.

What makes this so amazing is that most of the information concerning these discoveries in the Mediterranean is poor and has to do with small or dead reefs.  To find an expanse of gorgonian forest that covers almost 25 acres and grows over 1 meter off the substrate is astounding.

The U.N. has called for the protection of such deepwater species of coral, in the past, due to their vulnerability.  Most of the known reefs in that area have been destroyed from bottom trawling, large extensions of European waters, and natural calamities.

I think it’s great that we are still finding hidden and unspoiled locations like this.  I’m sure as technology advances and we can probe deeper and deeper we will find even more incredible places.