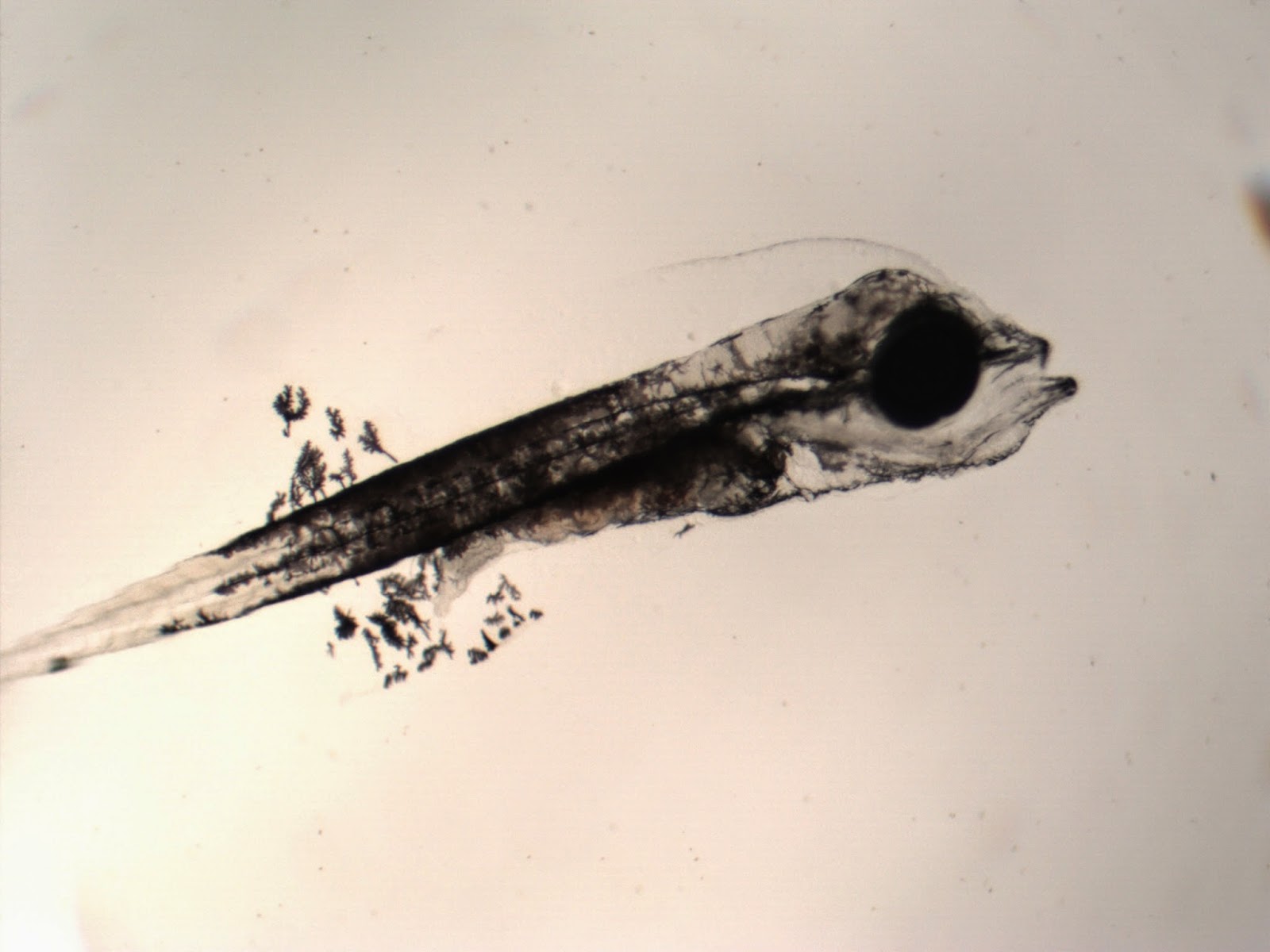 Larval rearing trials began with the spawning of a Paracentropyge venusta pair in the summer of 2013. The first successful larval rearing trial started with a small spawn on November 13, 2013.  This was the fifth larval run with this species and the focus was on food density and consumption at different developmental phases.  The diet consisted of both cultured copepods and wild collected plankton with all food items being less than 100 microns in size.  To assess consumption rates, five random samples were taken for initial food counts at the start of each test period. All food items added to the larval tank during the test period were counted while maintaining a density of 1 to 2 food items per ml in the water column. At the end of the time period counts were again done to determine larval consumption. At this point a 75% water change was MORE:Larval Rearing of the Purple Mask Angelfish