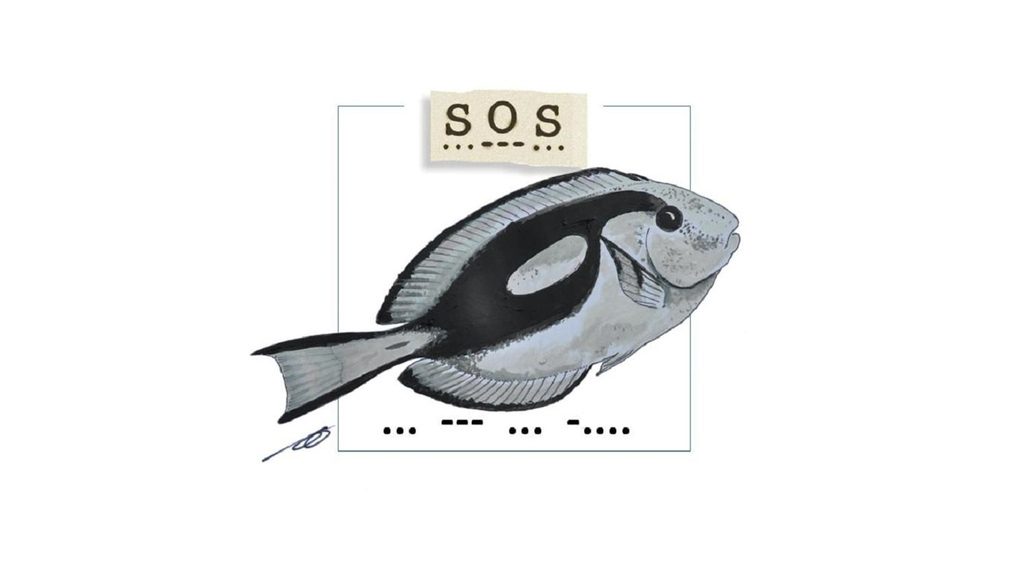 Everyone remembers the surge in sales of common clownfish when Disney released Finding Nemo. Now, the Sustainable Aquarium Industries Association is concerned that a similar rise in sales of Palette Tangs will follow the release of Finding Dory.SAIA sites a 25% increase in sales of Percula clowns following the first movie, which, given that so many clowns are raised commercially and not caught from the wild, had little effect on wild populations. In my opinion, it might even have helped conservation measures by adding more of an impetus to commercial breeding efforts, that have then supported the breeding of more challenging species.

However, I digress. P. hepatus is not bred in captivity and there is incomplete knowledge as to the species distribution in Indonesia. It is widespread, and might even be classed as ‘common’, but it may be vulnerable to local extinctions as fishermen target the species further to meet an increased demand.

SAIA has been running an awareness campaign (which you can follow using the link below) that aims to encourage potential purchasers of ‘Dory’ to consider if they really can care for the fish in their home aquariums. Most aquarists will confirm that they are not as easy to care for as clowns.

Accompanying the SAIA campaign is a Kickstarter project that aims to raise awareness and funds and features the art work of Eduard Meinema. Eduard’s project invites people to support the SAIA campaign by purchasing artworks featuring ‘Letter Six’ as the fish is known in Indonesia. According to the campain’s website:

‘Letter six refers to the color pattern on the dorsal of the ‘Palette Surgeon’ (Wow! There really are many names for this fish!). The pattern resembles a perfect six. This project intends to help raise awareness of the situation of Paracanthurus hepatus. My goal is to sell T-shirts and Mugs with the SOS-6 logo, asking you to help spreading this message on your social media. In addition to the Tees and Mugs, I will create a limited number of handmade paintings, boxed in a glass frame. Yes, you can have your own fish without harming natural resources! (Note: every artwork is handmade, sand mixed with acrylics on paper, and includes the morse code “S.O.S. 6”. Each item individually numbered and hand-signed. Including a Certificate of Authenticity).’