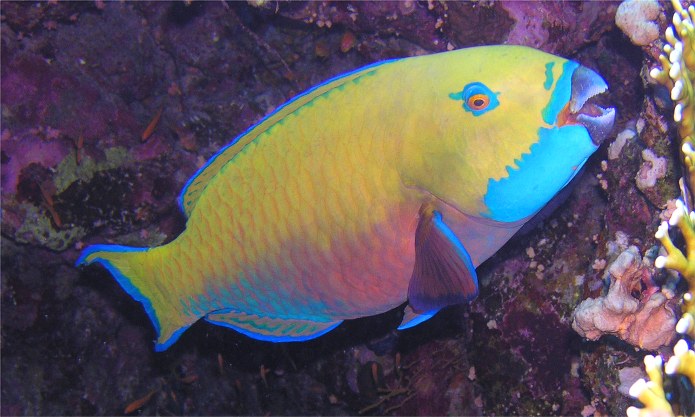 Washington, D.C. – A lawsuit was filed today in federal district court seeking greater protections from fishing for threatened coral reefs in the Caribbean. The lawsuit asserts that the National Marine Fisheries Service ignored science showing that parrotfish and other grazing fish play a key role in promoting the health of coral reefs; the government’s authorization of targeted fishing for parrotfish poses a risk to elkhorn and staghorn corals, protected under the Endangered Species Act.

“The Caribbean’s coral reefs are already in deep trouble, and reducing the parrotfish that help them stay healthy only makes matters worse,” said Miyoko Sakashita, oceans director at the Center for Biological Diversity. “If we don’t take steps now to safeguard the creatures that keep these vital reefs alive, we risk losing all of it.”

According to the lawsuit, the National Marine Fisheries Service violated the Endangered Species Act by finding that the targeted fishing for parrotfish would not jeopardize already imperiled corals or “adversely modify,” (i.e. damage) their critical habitat.

Excessive algal growth threatens the health of Caribbean reefs, choking out corals and degrading the habitat that other reef creatures-such as fish, sea turtles and lobsters-depend on. Fish, especially parrotfish, which graze on algae around coral reefs, play a key function in providing suitable habitat for corals to settle and build those reefs. Fish populations in the Caribbean have been overfished, including the parrotfish that are the subject of this lawsuit; managing the overfishing of parrotfish will help corals recover and become more resilient to other threats, including global warming and ocean acidification.

“Restoring healthy populations of elkhorn and staghorn coral is critical to restoring the health of Caribbean reefs as a whole,” said Andrea Treece, an attorney with Earthjustice. “These corals provide shelter, nursery grounds, and hunting grounds for an incredible array of fish, lobsters, sea turtles and other species. Without better protection, we risk losing the entire reef community.”

“Corals are competing with algae, and without a robust population of parrotfish, the algae are going to win,” said Sakashita. “But wise management of our reefs can keep algae in check and promote both healthy corals and healthy fish.”

Elkhorn and staghorn corals were once the dominant reef-building corals in the Caribbean but they are perilously close to extinction. Corals suffer from a variety of threats, including pollution, global warming and ocean acidification. A key threat to corals, however, continues to be overfishing and competition with algae. The corals have declined by more than 90 percent since the 1970s. In 2006, the two corals were protected under the Endangered Species Act in response to a petition by the Center for Biological Diversity.