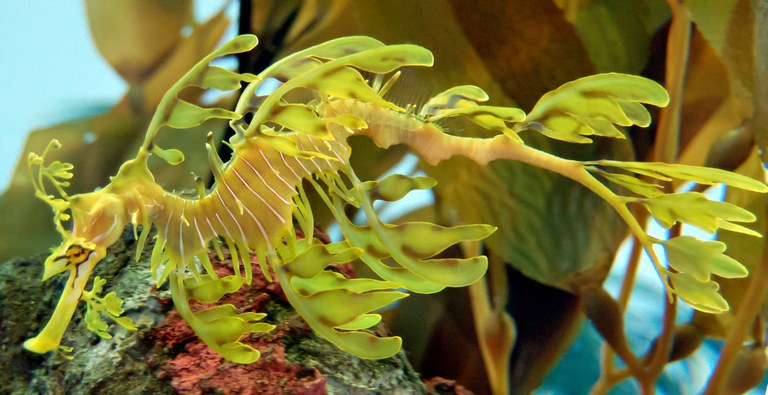 The lab will focus on efforts to rear this rare, yet beautiful, fish in captivity. Photo: Wikipedia.


Leafy sea dragons are spectacular to look at but they are also expensive to keep and availability is extremely rare given their small populations and limited export from Australia. Birch Aquarium’s lab plans to help out in that regard.

“This sea horse propagation room holds about seven different species of sea horses,” Birch Aquarium co-curator Leslee Mastushigel said. ‘We’ve sent out about 3,000 sea horses over the past 15 years. The leafy and weedy sea dragons are just so spectacular looking.”

The $300,000 grant will be used to construct the breeding lab where researchers plan to accurately mimic the leafy sea dragon’s natural habitat along with seasonal changes which should help stimulate the reproductive process in these fish. Once reared, they will go on display in aquariums and zoos.

“To be able to breed these animals, distribute them to other zoos and aquariums is really going to help tie people to the ocean,” Birch Aquarium Executive Director Nigella Hillgarth said.

The sea dragon breeding lab is scheduled to open the summer of 2013 and live-circuit TV will allow the public to see what’s happening behind the scenes.