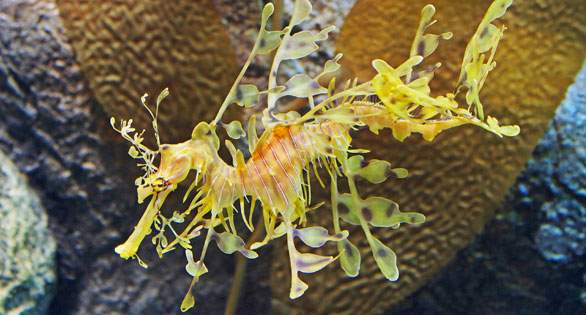 Ocean Rider, based in Kailua-Kona, Hawaii, is well known in the sygnathid community for their commercial propagation efforts with seahorses.  What might not be as widely known is the research and development work being done with the related sea dragons, specifically the Leafy Sea Dragon, Phycodurus eques.  Reports of successful captive breeding for the related Weedy Sea Dragon, Phyllopteryx taeniolatus, are rare but documented.

Meanwhile, the Leafy Sea Dragon apparently has never been successfully spawned and reared in captivity, this despite rumors to the contrary that MORE:Leafy Sea Dragons Mating at Ocean Rider Seahorse Farm