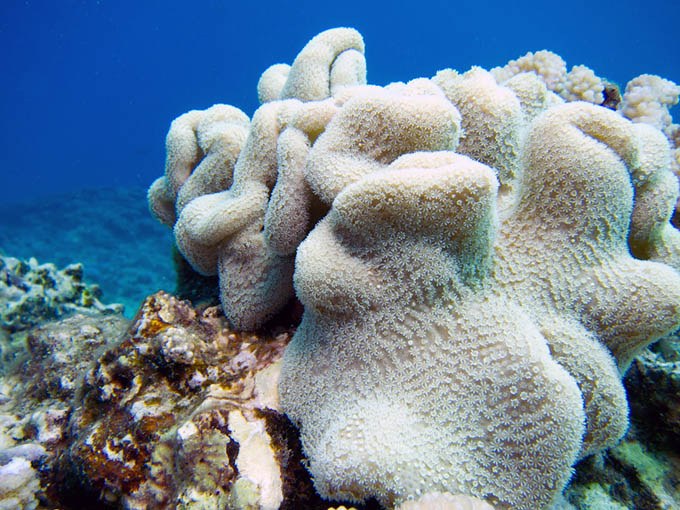 Scientists from the Department of Zoology, University of Calicut (India) claim to have sequenced the DNA of Sarcophyton sp. (commonly known to hobbyists as Leather Corals) and have discovered something surprising:  These soft corals are more closely related to Arthropods than their stoney coral counterparts!

“We have collected 109 species of coral reefs in two years of study and identified these four new species [of Sarcophyton sp.] through DNA bar coding. We initially thought that they were connected to hard corals, but eventually realized that their genetic proximity was more towards insects and even crustaceans like prawns. We are conducting further studies to unveil the link between insects and soft corals.”

Further research is required to confirm these results.  If the genetic link is validated, this really throws a curve ball in our perception of soft corals.