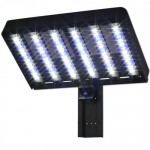 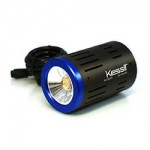 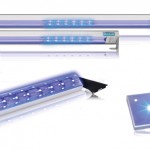 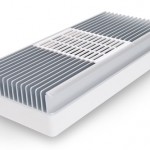 Until recently, I looked at LEDs as a technology that was still more an idea than a solid reliable way to light a reef tank, but recently my thinking on the subject has started to change. They are really coming into their own, and as more and more companies throw their hat in the ring, it gets more competitive spawning even better lighting systems. Just a couple of years ago, the only LED I was aware of being reliable and built by a reputable source was the Ecoxotic Panorama module. The Panorama lighting system features a sleek modern design with easily upgradable slots to modify the color, and these lights made such an impact that they are still being manufactured. At the time of their release, these lights epitomized LEDs with a high, and to most, unattainable price tag. This was the hurdle of the time. LED lights at this point were either extremely expensive or designed and manufactured overseas with less quality.

This is where the industry seemed to settle for quite awhile, and LEDs simply slipped to the back of my mind as something that would be there “some day.” It wasn’t until Ecoxotic once again released something revolutionary that I was once again interested. This came in the form of the PAR38. Never before had I seen such a cheap, refined design as this one, but ever since I’ve seen nothing but!

Since the PAR38, the industry has blown wide open. The PAR38 is an amazing way to throw a lot of light, using a cheap fixture of your choice and spending very little. Numerous companies now produce some kind of PAR bulb, and they don’t seem to be going anywhere anytime soon. At this point, more ground breaking ideas started to fly into the market as well. Reefbrite LEDs were the first inexpensive, easy to install retros I came across. They come in a few different colors, pack some punch and they continually ad new products to their line. Solid performance LEDs were starting to become common, and this is when things really started to get wild.

It’s always been known that one of the strong suites of LEDs is that they’re dimmable, and when the reef lighting industry started building around this, things got exciting fast. Lights such as Aqua Illuminations now use controllable dimmers and even lightning and cloud passing controls to simulate a more natural environment. LEDs also started to be more design based rather than just diodes packed into a small space. Companies were now putting some serious research into how to have their lights built. Sunshine Systems put in over a year with NOAA and ten failed prototypes before producing anything for the public. This is the quality we need!

Recently new developments have pushed it even further by manufacturing even the small details in house here in the states. A San Fransisco based optics company called DiCon is the first that I know of to produce everything, except the driver, in their factory. This means every component is new to the industry down to the diodes which should spawn some quick evolution in LED lighting. Look for their Kessil A150 soon… 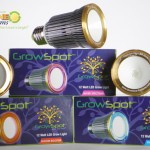 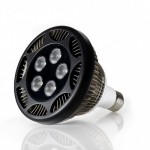 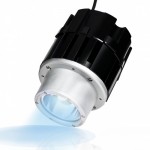 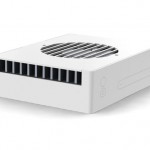