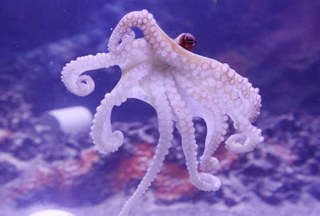 
Last week we mentioned that the Legoland Octopus Exhibit was delayed due to the the cephalopods being “divas” (as one commenteer mentioned) and not liking their new housing.  This caused the staff to have to make some updates to the life support systems and tanks that will be maintaining the newest additions to Sea Life Aquarium.

I happened to be checking Twitter last night and noticed the following two tweets from @SEALIFEAquarium:

It looks like it’ll be opening in two days. If you’re in the area, check it out and let us know what you think in the comments below!

Looks like there’s some additional information from CBS8 in San Diego, CA along with video:

Five separate display tanks in the aquarium on the grounds of Legoland California contain a Giant Pacific Octopus, a Common Octopus, a Zebra Octopus, Pharaoh Cuttlefish and Chambered Nautilus.

The Octopus Garden, named after The Beatles’ song, includes an interactive floor projection that reacts when kids move over the floor area, a hide-and-seek octopus game, an octopus memory quiz, an octopus maze, and two new educational presentations.