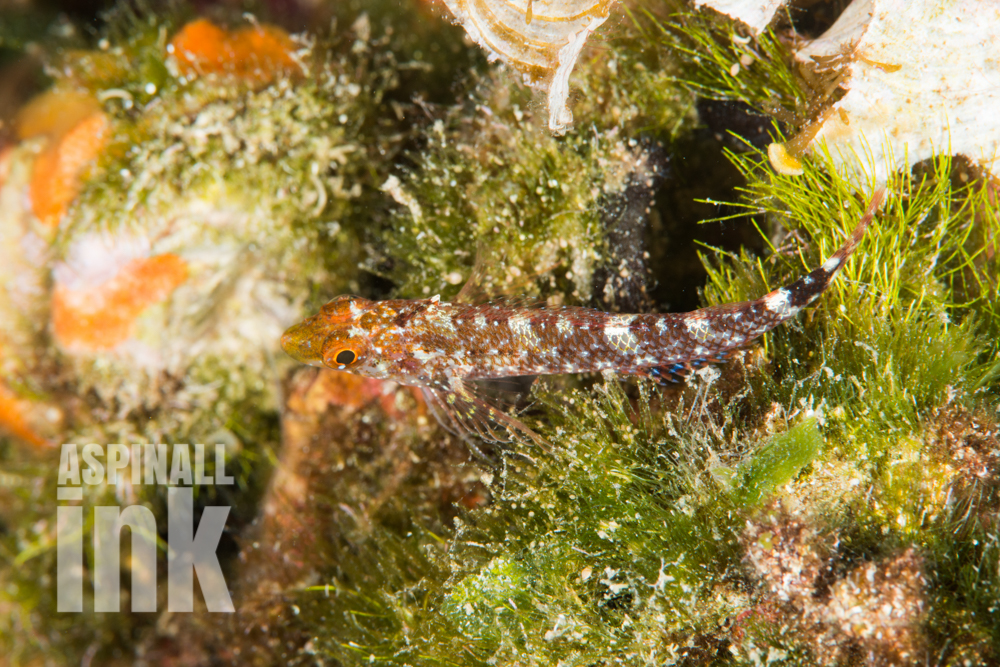 Reefs are made by corals, right?  Well, not always – there are many ways to build a reef.  Sometimes the construction work is carried out by tube-dwelling worms in the cold waters off Europe, or, in the case of these pics, the reefs are created by a complex mix of calcium-depositing algae, sponges, and creatures as diverse as tubeworms… and, okay a few cup corals!  Hidden within this matrix is a wealth of fascinating species.  Here are some images from across the Mediterranean to show you what I mean.

The reefs of the Med, or at least the ones I can reach using recreational scuba gear, fall into two groups:  first, the ones just below the seagrass beds where there’s still some light and algae dominates, and second, the next level down where sponges and non-photosynthetic animals take over.  Obviously, there is a gradation and local currents and topology play a part, but please accept this generalization. 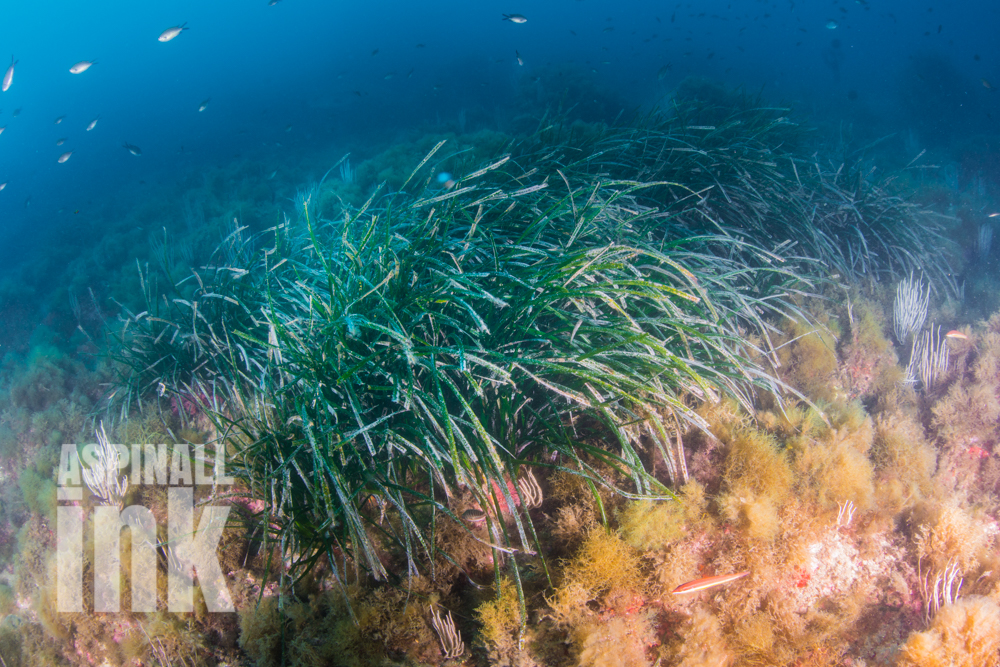 In the image above, we see a clump of Posidonia oceanica, living close to the lowest part of its range.  Underneath the seagrass, calcareous algae and the seagrass’ roots form a complex habitat, full of macro life.  Divers with excellent eyesight can often find nudibranchs such as the Sacoglossan sea slug below.  A ‘sap-sucking’ species, this animal relies on macroalgae for nutrition. 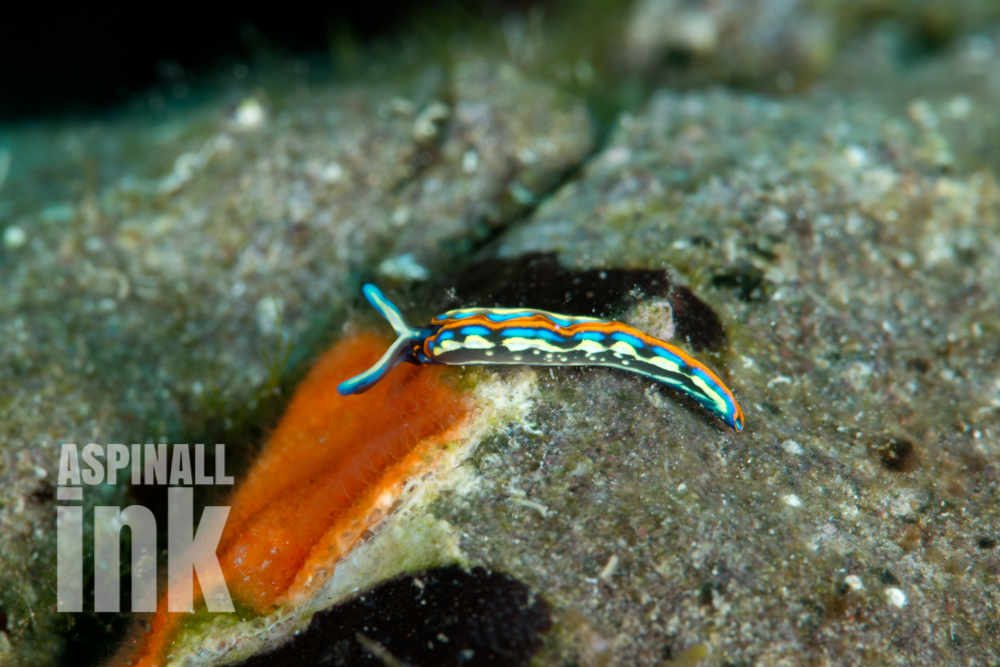 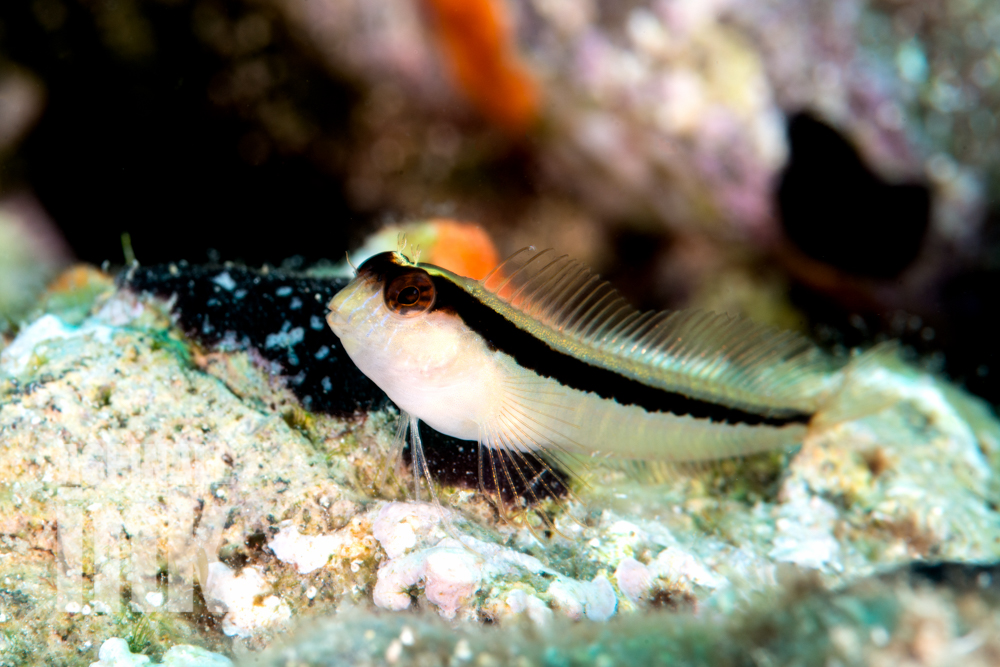 As the abundance of seagrass trails off, macroalgae can predominate.  In this image a fine example of a Peacock worm emerges from a mixed bed of algae dominated by the green Udotea petiolata and the pale Padina pavonica.  Both of these species are found at the same depth as seagrasses but do not require a sandy substrate.  P. pavonica can be found to around 20 meters.  You can also find a species of Halimeda (H. tuna). 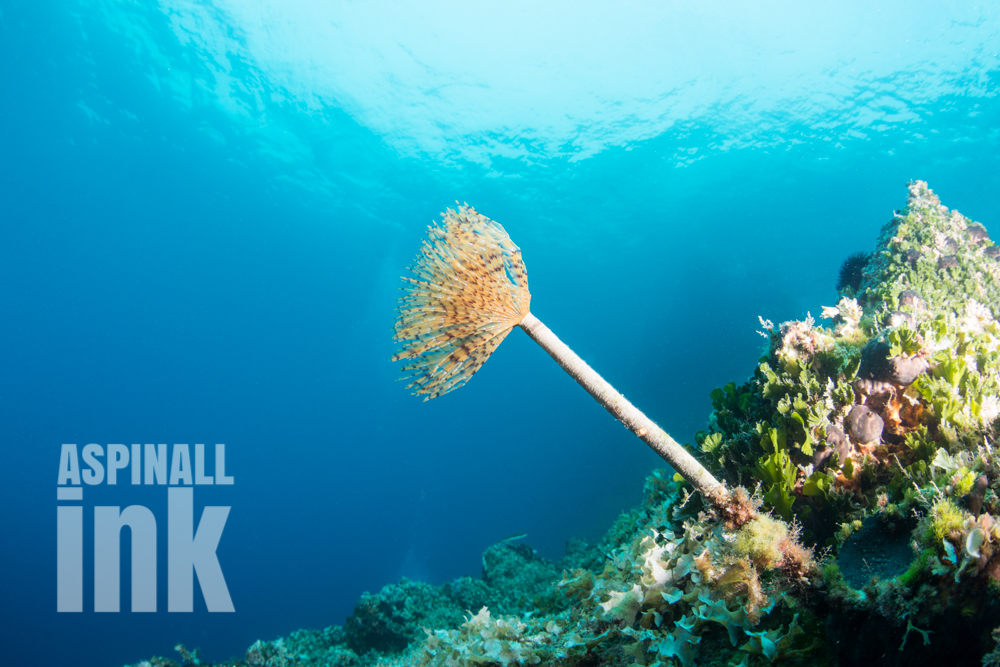 In this image, you can see a reef with a fascinating overhang which provides opportunities for encrusting sponges to dominate where the light levels are reduced: 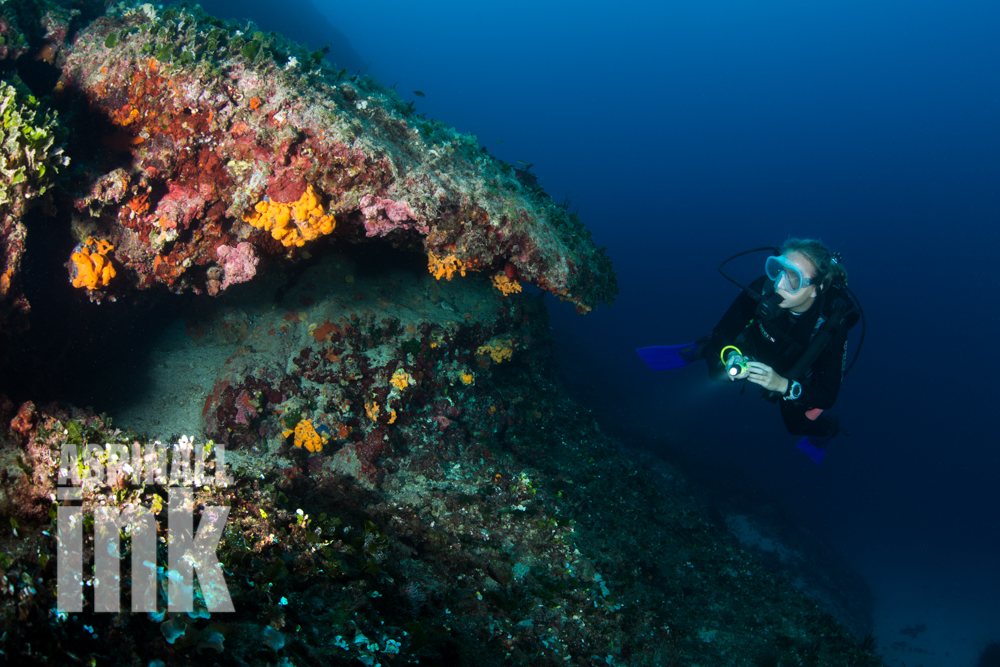 In this image, you can see a matrix of green macroalgae giving way to a sponge-dominated ecosystem.  You can also see the yellow ‘splodges’ of cup corals: 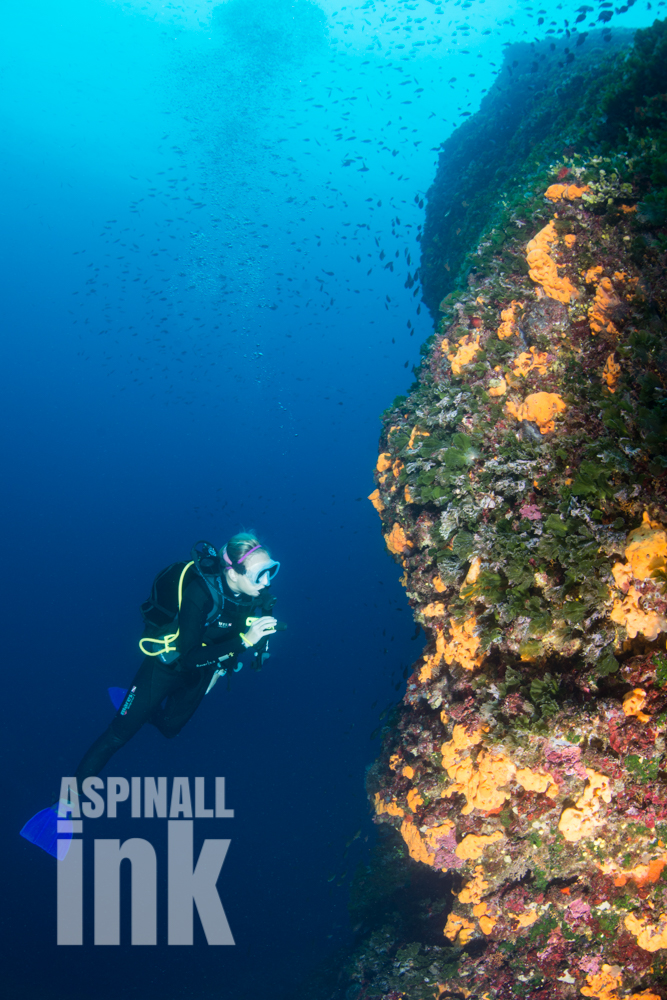