Many marine aquarium enthusiasts know about Richard Ross as the Aquarist Extraordinaire behind Steinhart Aquarium’s stunning 212,000 gallon Philippine Coral Reef. He has kept marine aquariums for over 25 years and has made a name for himself through his many conference presentations, articles and for just being an all around nice guy. 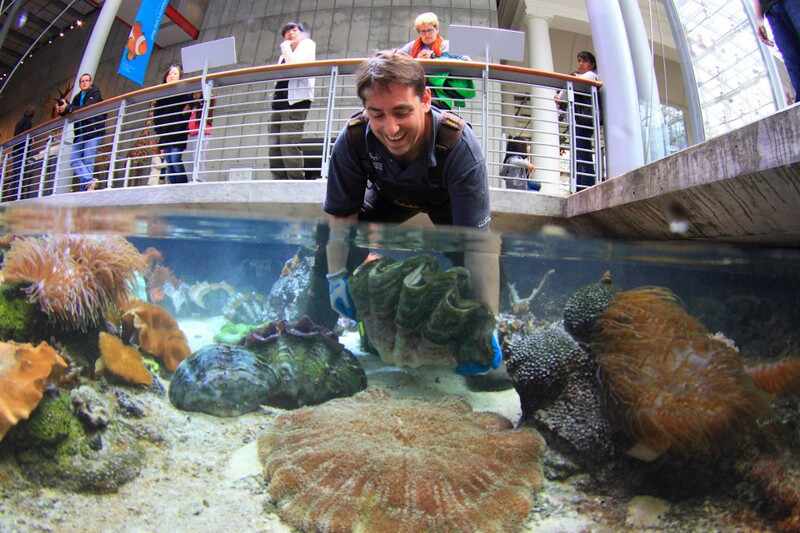 Those of you attended the banquet at MACNA 2013 will no doubt recall Richard’s brilliant and somewhat unorthodox  performance as MC.  For those of you who missed it…he juggled swords while precariously balancing on a board on top of a pipe while standing on a stool!

Before seeing his performance at MACNA, I had no idea that aside from being a darn good aquarist, he actually had a few other “tricks” up his sleeve.  I managed to catch up with Rich for a quick  interview just before his talk at Reef A Palooza last week. I was curious to hear about how he became such a good showman and where he learned all his cool death defying tricks.

Rich began juggling as kid and by 16 he was performing at shows. He went off college at UC Davis, kept juggling on the side and surprisingly  chose to study philosophy instead of biology. He says that his education in philosophy  helped give him the skills to think critically and solve problems methodically.

After finishing college in the mid-1990’s and armed with a degree in Philosophy, Rich 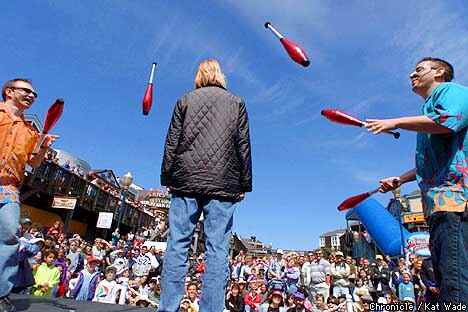 needed a job. So, using his critical thinking and analytical problem solving skills, he landed a full-time job at a local aquarium store. On the weekends to make extra cash he turned to juggling and busking on San Francisco’s Fisherman’s Warf. Rich quickly realized that he was making more money in a few hours of busking than he did in an entire week at the fish store. So, he decided to become a full-time entertainer.

Rich and a partner started up and ran a successful entertainment company called Monkey Wrench. They performed at corporate events and trade shows where they were hired 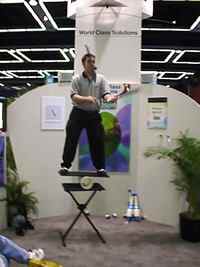 to pitch various products while they juggled and made funny stuff happen. Monkey Wrench exceled at integrating their client’s products into the act.  Making people laugh helped to sell mundane things like computer servers and software. He made a good living as a performer and kept it up for over a decade, even making appearances on TV.

His career as a successful entertainer also gave him the opportunity to pursue  his other artistic interest of glass blowing. Rich founded and built a glass blowing studio in Alameda, CA. He describes his elaborate glass sculptures as “what archeologists would find if they excavated the laboratory  of a Scientist from the1930’s.” 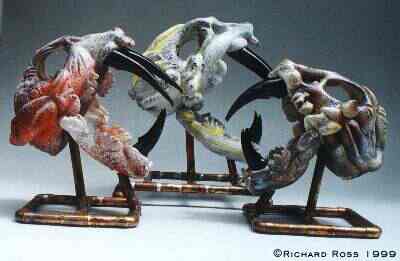 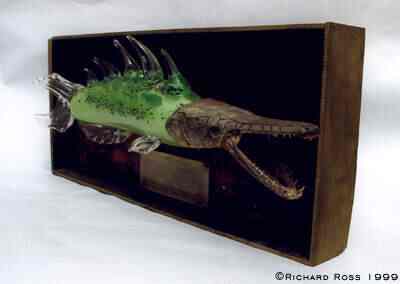 Life as a sought after corporate entertainer and pitch man meant that he was on the road traveling for long stretches. But, on April 19, 2003 his life and priorities changed with the birth of beautiful daughter.  Traveling and being away from his wife and daughter just didn’t seem to make sense anymore. So, Rich became a stay-at-home dad while his wife worked.

Being at home allowed Rich to really immerse himself back into the aquarium hobby. He had long been interested in cephalopods and in 2004,  got a cuttlefish for his birthday. He was one of the first to  document the entire life cycle of the Dwarf Cuttlefish, Sepia bandensis. Rich wrote regularly for aquarium publications and was a frequent speaker at conferences discussing his findings and experiences.

In 2003, the venerable Steinhart Aquarium in San Francisco closed due to the structural damage it sustained after a 1989 earthquake. The animals were moved into a temporary holding facility until the new building could be built.

Rich began volunteering at the aquarium’s holding facility and quickly gained the confidence of management.  In 2007, he was  hired to work part-time on the transition team  as the facility began the huge task of stocking the new Steinhart Aquarium. In 2008, while on vacation in Bali and just weeks before the grand opening, Rich was offered an amazing  job… A full-time position to work on the aquarium’s landmark 212,000 gallon Philippine Coral Reef and associated exhibits. If you have had the pleasure of visiting the new Steinhart Aquarium, I think you’ll agree that Rich is living the fish geek’s dream. 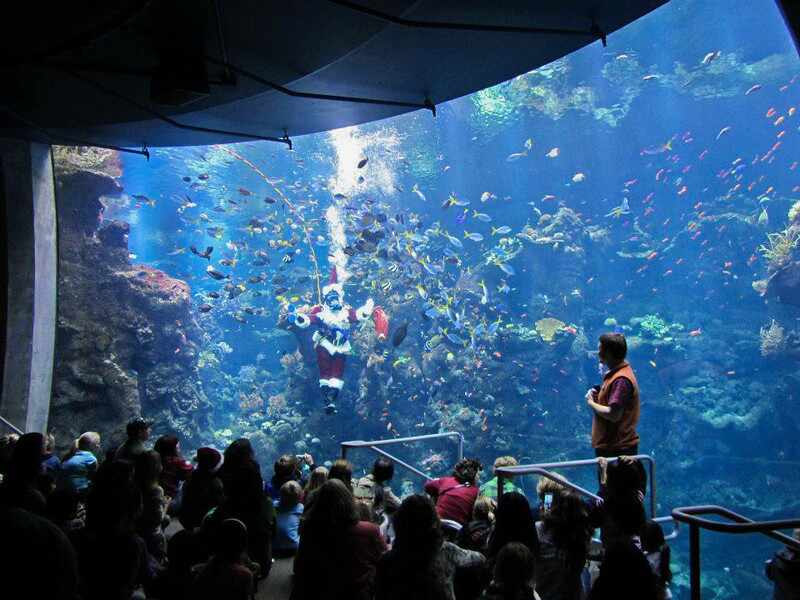