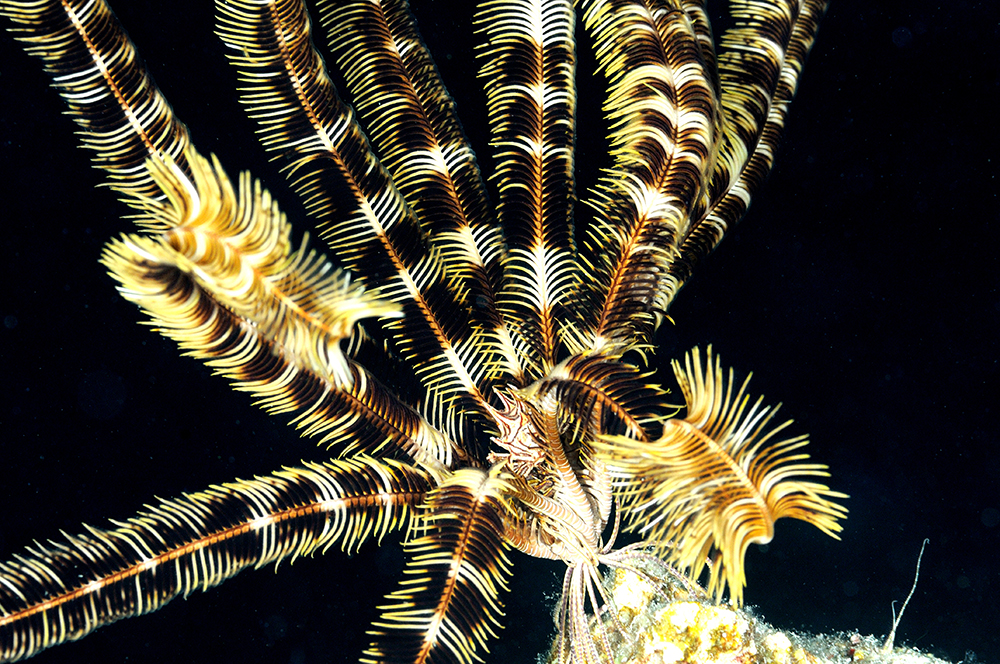 I think that if I were to see a featherstar, I could be easily coned into believing that they had just been discovered by a NASA space probe in some distant extra-terrestrial ocean on Europa or another far-flung moon.  Yet any study of palaeontology will reveal that featherstars have a long, long heritage stretching back deep into geological time.

This post isn’t entirely about featherstars, though I do want share a few close-up pics of some I found recently. 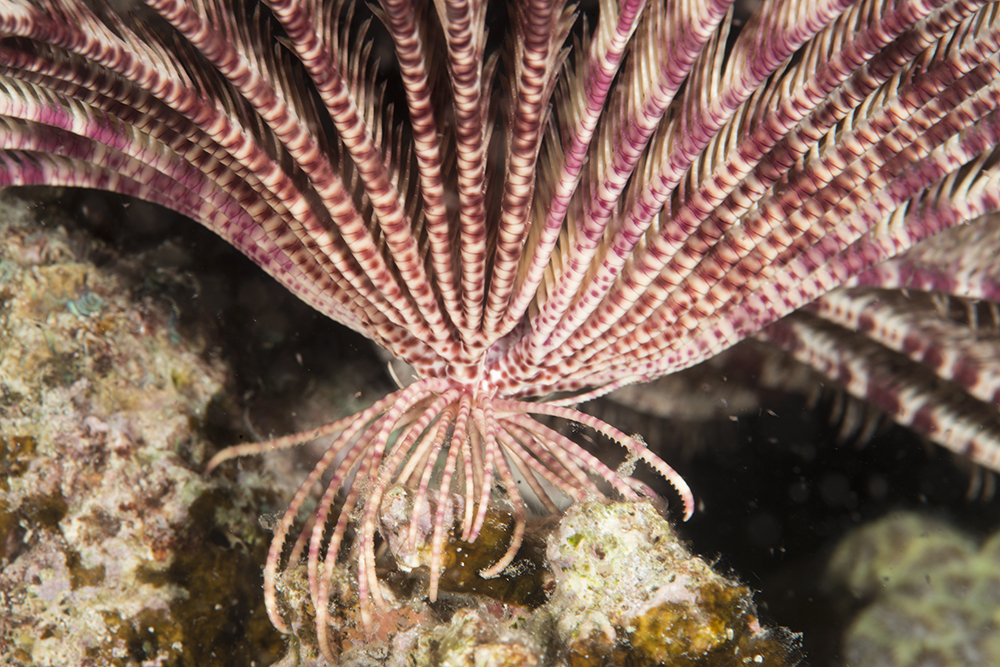 In this first pic, you can see the feather star’s cirri.  These are what the animal uses to grasp whatever it anchors itself to.  Analogous to legs, the featherstar can repeatedly adjust each one to move around, to better place itself for intercepting food particles in the current. 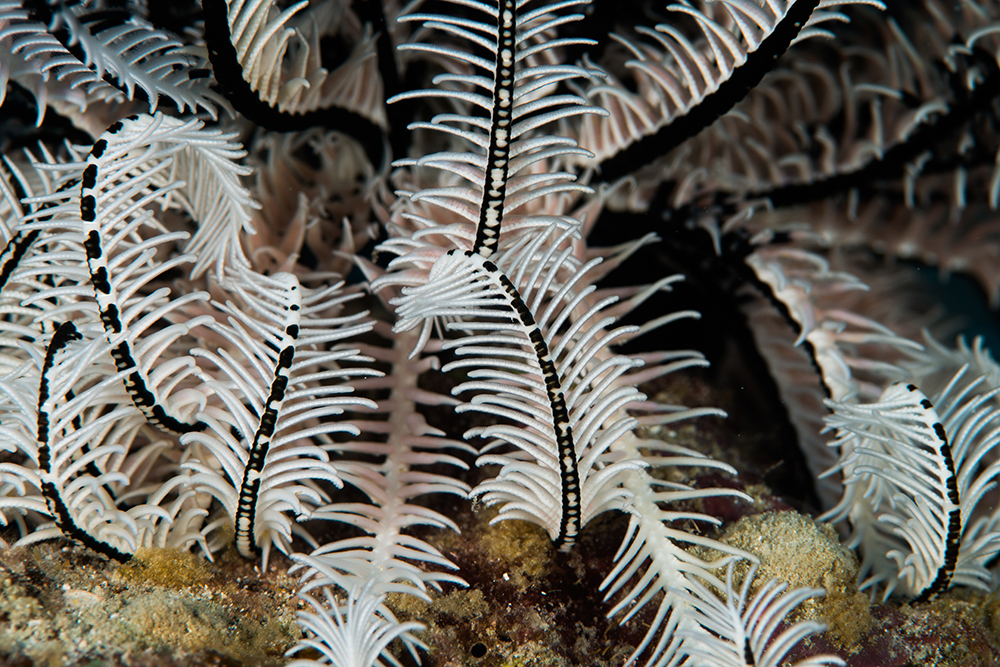 In the next shot, you can see a feather star’s arms; each small element is known as a pinnule.  Imagine a more robust pinnule and you can see how the featherstars are structurally similar to their relatives the sea stars. 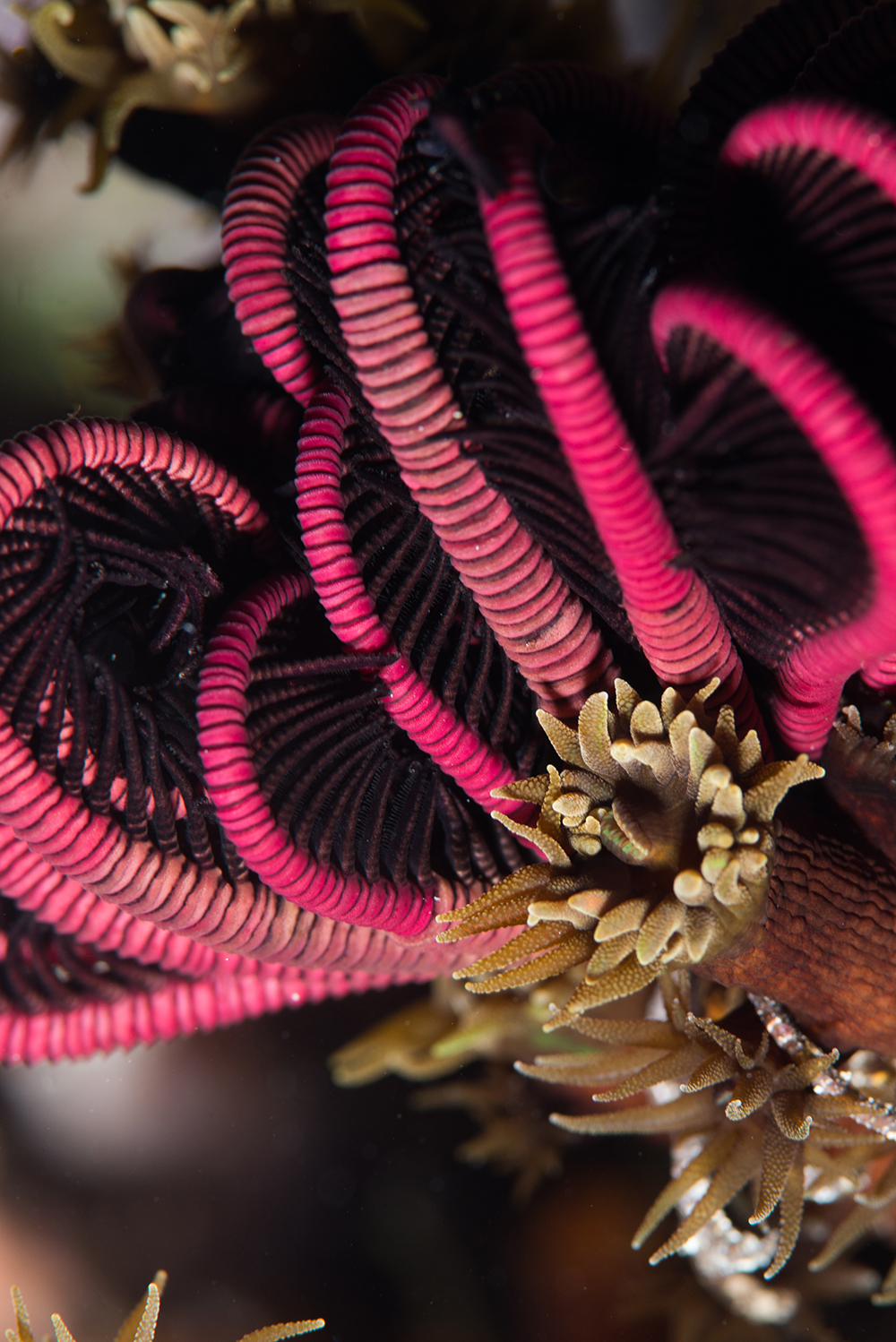 In this shot, a very attractive featherstar has clambered in to a piece of Tubastrea micrantha. 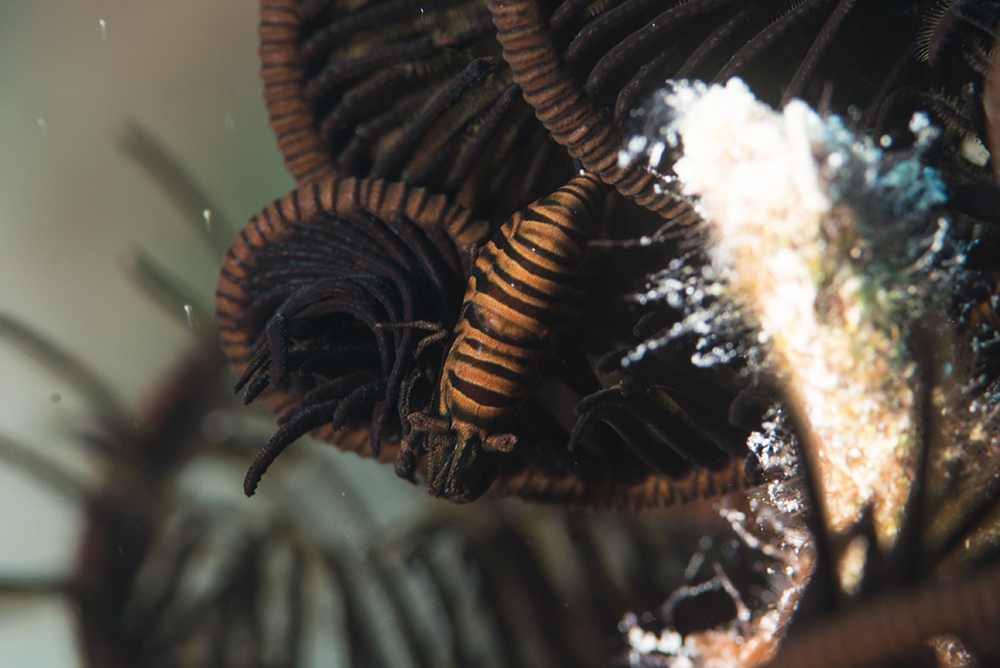 Up close, and at the limit of my deteriorating eyesight, is a world of species that live within featherstar arms.  They are notoriously hard to find and match their hosts’ coloration very well.  I understand that they can change their color should the need arise. 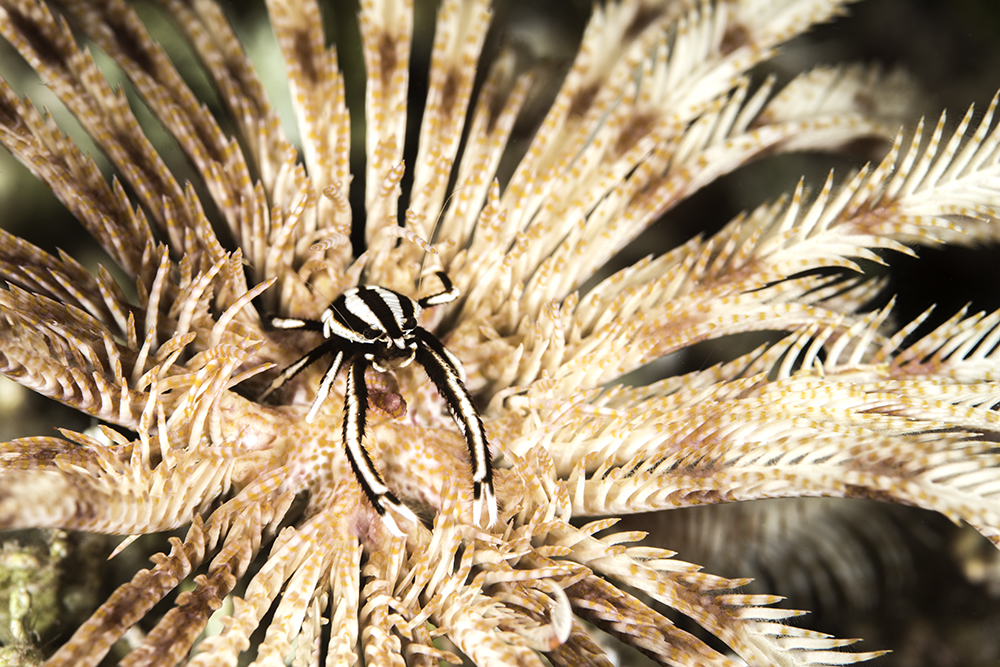 My last pic, and one I’m rather fond of, shows a featherstar squat lobster, possibly Allogalathea elegans.  This specimen looks like it was once in a different host.