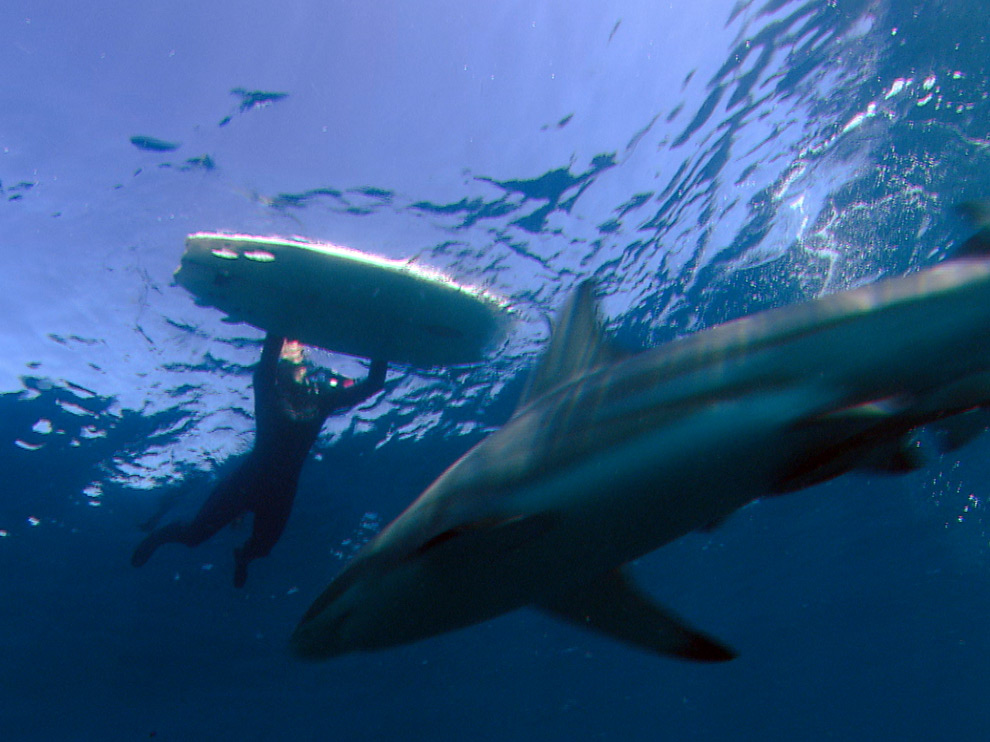 It’s not surprising that surfers in Australia are more concerned about being attacked by sharks. Seals are prey for sharks. Surfers in wet suits floating atop of surf boards can pretty closely resemble seals. Researchers in Australia are testing this theory. Researchers have been recording activity of seals at Sydney’s Taronga zoo and then comparing that to videos and sound recordings of swimmers and people paddling surfboards in the same tank. “What we are trying to do is understand what the shark is interested in and what their natural prey’s signals are, to see if there’s anything to this myth that they mistake surfers for prey,” Hart said. “If we find that the silhouette of a surfboard is an attractive thing, for a shark it thinks it’s a large seal lounging about on the surface, then perhaps by breaking up that silhouette by attaching lights to the bottom we can change that.” The team will test out the theory by placing lights on the bottom of decoy seals to see if they attract fewer sharks. The idea is attaching lights on the bottom of surfboards would act as a very easy shark deterrent for surfers to employ. The trial will take place in May and June in South Africa. MORE