Lionfish Cull in the Caribbean 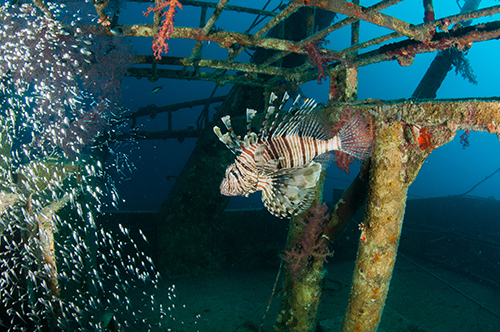 A Lionfish hunts on a wreck in the Indo Pacific, where it belongs

The population explosion of lionfish in the Caribbean and Mexican Gulf is reaching critical levels, and divers are taking measures to help cull the population.

The origin of the original (invasive) fish is widely debated, and theories abound: they were deliberately released, they escaped from damaged aquariums during a hurricane or other disaster, or the invasion could have happened through several smaller events.

Whatever the origin story may be, the lionfish are chomping through an awful lot of fish across the region, and are doing so freely; their numbers unchecked by predators such as sharks and groupers.

As an aside, I must say that I take no pleasure in this post.  I’ve never killed for pleasure or sport, and to me any cull (even when absolutely necessary) is a great shame, especially when there is so much effort needed elsewhere. 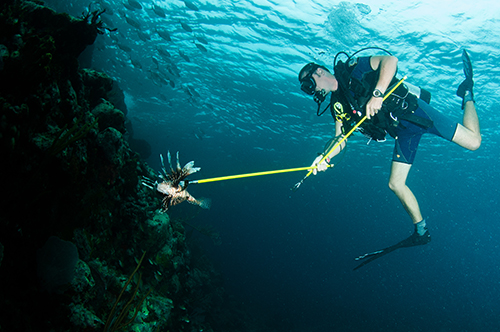 Hunting for lionfish. The diver uses a simple harpoon propelled by a piece of elastic

That being said, I would like to share with you some photos I took while I was in the Caribbean. They’re shots of some of the ways concerned divers and dive centers are reducing lionfish numbers. 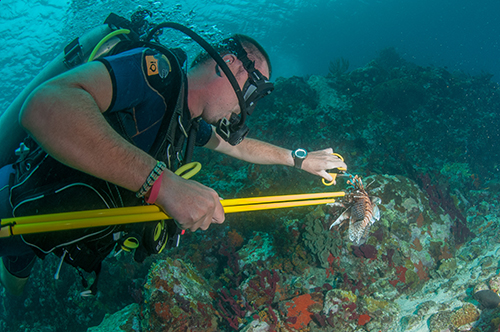 the diver has speared the lionfish and is removing its spines

Once speared, the fish is killed as quickly as possible, often with the help of a second harpoon. The venomous fins are removed with surgical scissors before the fish is transferred to a catch bag. Divers try to position themselves ‘down current’ of any other divers to ensure the spines don’t hit anyone.

Sometimes, the dead fish are stored in plastic tubes before disposal; these large tubes, open at one end, hold a number of fish.  These can cause issues back on the boat, when trapped gasses turn the tubes into canons that fire fish mush and venomous spines across the deck. 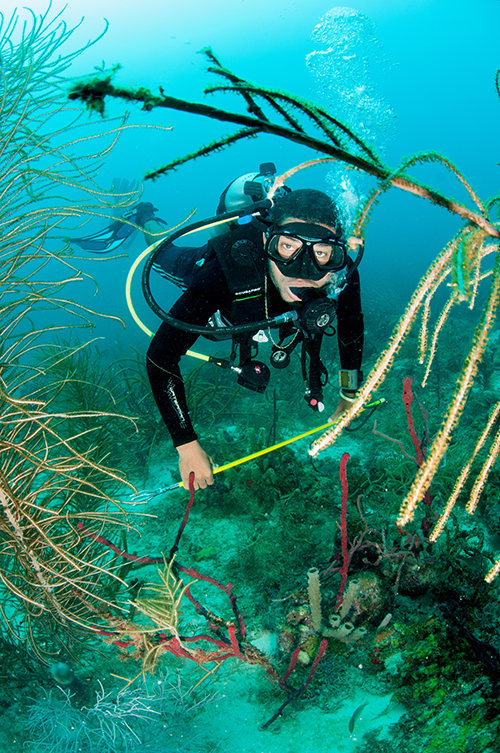 Want to read more?  This article was quite informative.